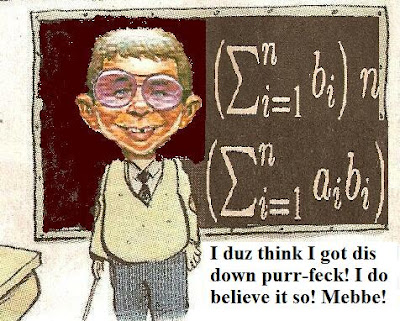 You can always tell when someone is BS-ing by simply referencing the bunkum quotient compared with known facts, evidence. Such is the case with a specious lecture by one William Lane Craig who not only claims an associate (based on a book) uncovered David Hume’s “Abject error” to do with his miracle test, but that Craig himself has exposed Bart Ehrman’s "egregious error" in determining the probability of miracles and specifically the resurrection.

Craig dreams up a “probability calculus” for estimating the probability of the resurrection using P(R/ B), where ‘R’ denotes the resurrection as an actual event, and B is the background material that might support it. He also appends another factor called ‘E’ for the ‘Evidence’ such as the empty tomb and so forth. So that [P(R/B) x E] can actually deliver a pretty reasonable probability. He argues this will especially be so if any alternative natural explanations are implausible or unlikely by comparison. But are they?

Consider the hypothesis of Schonfeld's The Passover Plot: that Yeshua’s disciples deliberately perpetrated the hoax of a resurrection in order to parlay the death of their master into a meaningful, abiding faith and worshipful remembrance. This is very conceivable and more than probable, given how frustrated they must have been especially after they believed they’d hitched their wagon to a conquering Messiah – who turned out to be submissive- even allowing himself to be crucified. So, how do you then turn a submissive, crucified Messiah back into a conquering one? Well, first you have to show he conquered death, meaning the Romans didn’t get the last word (or their last vengeance) after all. And you do that by smuggling the body out of the tomb leaving…Voila! An empty tomb!

You then have one guy (whoever..) stalk out of the tomb covered up to the eyes with a robe, concealing his face so as not to be recognized. He then ambles as if from the tomb and encounters one Mary Magdalen who approaches the robed stranger – but he warns her: ‘Don’t touch!’ ('I've not yet risen!') This is a brilliant strategy because not only can she not yet see him, but she assumes it is the master on his way to glory, and his body's not a real body because it can't be touched. The concealed disciple, aka the risen Yeshua, also knows that Mary and her women friends will spread the word far and wide! (You can always depend on a woman to spread the word!) What more or better ruse could one ask for?

I argue that this wholly natural subterfuge and plot is a vastly more plausible explanation than that a man actually resurrected himself from the dead (which is also suspicious because we know from ancient records of the Izeds that Mithra did it too. Hence, plagiarism of predating ancient pagan sources is also a more likely natural explanation!)

Moreover, THIS is exactly what David Hume’s miracle test demands: that given two alternatives, one for a hitherto never seen phenomenon (deemed a ‘miracle’) and the other for a wholly natural act(mass hallucination), human conspiracy-plot or agency, one always has the obligation to choose the latter. (In much the same way Richard Dawkins chose a mass hallucination to explain the Fatima “miracle” rather than that the Sun actually moved back and forth but the rest of the world never observed it)

But a worse folly than even Craig’s probability calculus is that he invokes the wrong probability basis. The actual type of probability (if any) that would be used is Bayesian, not that of Richard von Mises (where P is calculated based on a totality of related events)

According to the principles of Bayesian probability theory (e.g. by Bayes’ theorem) we can then write:

In terms of strict adherence to Bayes’ theorem, one can only have:

E.g. IF the resurrection really occurred, there is an enhanced probability of the Supernatural agent ("God") being its source.

However, if the aforementioned probabilities (p(S-[EE]) and p[EE]) are too low we instead arrive at:

which inverts the prior Bayesian statement by asserting:

The fallacy of the approach inheres in the inequality given by:

But this is an arbitrary assumption since we have no knowledge of how a supernatural agent might act to explictly effect a resurrection and none of its proponents have given the necessary and sufficient conditions for such action.

The end result? If such n-s conditions were at least provided, we might have a better way of setting up the Bayesian probabilities for the presumptive resurrection to conform to what they should be and not include any arbitrary assumptions. But neither Craig nor any of his associated clowns is willing to do this, so we must conclude they have nothing. Hell, they don't even have or use a legitimate probability to make their case. They can't even tell which is the appropriate form to apply!

Not only do Bart Ehrman's criticisms stand, pertaining to the assumed "supernatural" event, but David Hume's miracle test is as ironclad as ever.

Maybe one day the bible bangers will figure out exactly what they need to do to make their case, as opposed to poking fun at the serious workers. But maybe poking fun and making jest is the only ammo they have. They certainly appear incapable of serious argument, logic ....or even the right math!

If so, the bible bangers are apparently even better at comedy than Chris Rock! We can't wait for more!
Posted by Copernicus at 11:33 AM

Lame response. You unnecessarily skew Criag's points. You insist on focusing (as Hume does) on the intrinsic value of the event, and you claw your path away from Craig's points that a naturalistic view is of little value standing on it's own now taking into account the other evidence. You dismiss this evidence unfairly by belittling it. To take the probability calculus seriously, you must assume the evidence outside of the intrinsic natural evidence is valid. For instance: if you arrived at a murder scene where "Jones" was a suspect, but only looked at the evidence that Jones was a pillar of the community, a hard worker with a fine family, and had never committed a crime in his life - then your argument (and Hume's) would hold more weight. But say there is more evidence to consider that is valid: Jones' finger prints are found at the scene. His DNA is discovered, and the gun he purchased just a week earlier is found at the scene. Your approach would ignore this additional evidence, and dismiss it as being silly and not admissible. You would be disregarding a huge piece of the puzzle, and would most likely not get to the truth. This is what Hume does by insisting that only the background information (which is usually naturalistic in nature) is to be considered when analyzing the resurrection hypothesis. It's a fallacious argument, and all you're doing is repeating it.

Sorry, but it's actually YOU that has offered the "lame" response. The only way your arguments would hold water would be if there is a parity between the analogies and there isn't.

In the case of the crime scene with "Jones" irrespective of the alternative possible findings one thing we know is that none of the investigators would commit ab initio the logical fallacy of ignotum per ignotius, which is what Craig's gibberish arguments would require.

Thus, no investigator of "Jones" would interject supernatural causes or influences which is what Craig is wot to do with his hijacking and whoring of the probability calculus (which can really only apply to PHYSICAL- MATERIAL events).

Now, I would allow your argument or Craig's provided either of you could give the necessary and sufficient conditions by which a supernatural influence can be inserted without violating ignotum per ignotius (i.e. positing a less familiar or obscure causal agent that isn't even of natural origin if a natural causal agent already is).

Neither of you meets the standard and unless you can no further rejoinders will be published.