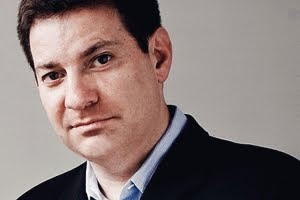 Let me say off the bat, I can't stand Mark Halperin, the overpaid hack asshole who writes a weekly column for TIME and an MSNBC "senior political analyst". I think the guy is a smug, hyper-entitled, narcissistic little piece of sewage and a know-nothing twerp from the corporate echo chamber who has no business analyzing anything....except maybe doog poop specimens.

Be that as it may, my estimation of this putz reached even new lows this morning, while watching MSNBC's Morning Joe when the little dick said about President Obama (see also my previous blog applauding Obama's fiery stance yesterday):

"I thought he was a dick yesterday,"

So evidently this hack-dick didn't like what Obama said, in terms of his (for once) fiery demeanor to try to get the intransigent Repukes to cooperate in a debt ceiling solution. This, as opposed to letting the fuckers roll him, as they did with last year's tax cut extension deal.

But hey, what's new? Most of the corporate media axis including many in the alleged "liberal domains" of the WaPo and NY Times, like their Dem presidents mellow...usually too mellow...and never, ever acting or talking as fighters. For these collective dicks, populism of any kind is terrifying and brings images to mind of people with torches and pitchforks fighting the elites for a small piece of pie....like we now see in Greece and in England.

In this regard, the pusillanimous Halperin somewhat resembles one late alleged "dean of the Washington Press corps" by the name of David Broder who used to write for the Washington Post. He too brayed loudly whenever a Dem showed a minuscule bit of spunk and fight. But say one thing, say the next, at least Broder possessed an IQ above room temperature, unlike the smirky Halperin! At least Broder wrote with some flair and a modicum of gravitas when he issued his injunctions to moderation.

Meanwhile, we hear Halperin has apologized for his Obama slur, and has been "suspended indefinitely." Scarborough blamed a producer for not hitting the delay button, instead of ... blaming the person who actually said it. But then Scarborough is another overpaid dick and the only person worth watching on his show (or hearing) is his co-host Mika Brzezinski.

What Halperin ought to have done, if he was going to use any slur starting with d at all (as in dickheads) was to aim it at the disgusting Republicans who adamantly refuse to broker a deficit reduction deal that includes taxes. Thus, they are acting the part of sociopaths.

Hopefully, Halperin's juvenile outburst will impel Mr. Obama to even greater forcefulness in the coming weeks in his battles with Republicans.
Posted by Copernicus at 11:33 AM