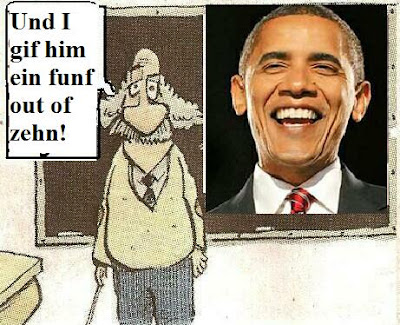 Barack Obama did a magnificent job in his speech two nights ago, in performing a flexible bit of political tap dancing that would make King Solomon proud in terms of splitting differences. In addition, he managed to upset the Whacko Right (which will always want tax cuts and indefinite military spending to weaken domestic safety nets) as well as the Left. How to score him? I gave him a 10 out of 10 for lucidity, but a 5 out of 10 for policy effect, including worsening the debt position-deficit over the next 3 1/2 years.

The sad and inescapable fact is that his decision to have only 10,000 leave the Afghan theater by the end of the year, and only 23,000 by the end of next year, merely brings us back to "square one". In other words, what we had before Mr. Obama's surge in 2009. This means at least a minimum of $100 billion pissed down that rathole every year...until 2014, given now as the putative date for final clear out. That means by the end of it all, at least $800 BILLION will have been squandered on a nation which is really in a Tribal Civil war while immense domestic needs (like infrastructure repair) go unattended. This is in addition to nearly $3 trillion similarly squandered in Iraq. (Not including $280 billion to pack & transport the expended -leftover materiel out of Iraq to Kuwait)

Between this fiasco and the extension of the Bush tax cuts in December, nearly $1.7 trillion will have been added to the deficit - which we are to understand is now reaching a critical mass (though from the behavior of most politicos you'd never know it).

The Repukes are the worst hypocrites, in that on every TV appearance they're whining about the "deficit" this and that, yet refuse to do the ONE thing that will most effectively cut it: RAISE REVENUE via taxes! They believe, in their insipid little dwarf brains, they can actually cut the deficit by 40% merely via spending cuts. Are they insane? One believes so, but more on this in the next blog.

Given Obama's feeble draw down it's therefore passing crazy for the Reeps to be barking like rabid dogs about "betraying the generals" and our "fighting men". How about betraying all the citizens of this country, many of whom don't know where the next meal is coming from...or mortgage payment? How about allowing insane and wasteful spending to continue without even having the guts to at least pay for what you endorse, Reepos? How about the insanity of continuing a defense policy which in the end gets us nothing, because - make no mistake- Afghanistan will be what it is 3 years from now, and 33 years from now! Several empires and wannabes (the last the former Soviet Union) have already learned that to their eternal pain and sorrow!

And then we hear "the generals don't like it" or "hate it" or whatever! But who the fuck are the generals? The generals are NOBODY! It is the President who is Commander in Chief so it is HIS decisions that are to be followed! The "generals" - mainly the Joint Chiefs - will always want their little military escapades and interventions....hell, it keeps them in business and the $$$ flowing to defense contractors! If the "generals" had their way we'd never have a moment's peace because their precious military-industrial complex would face de-funding. That's why departing Defense Secretary Robert Gates' words (concerning too large defense cuts making the U.S. military less capable) need to be taken with a grain of salt, as well as those of Gen David Petraeus.

John Fitzgerald Kennedy heard the same crap from his JCS when he held the highest office. Not only did those dicks want him to actually invade Cuba and bomb it during the Missile crisis in October, 1962,(which would have let all Hell loose) but Gen. Curtis LeMay compared him to Neville Chamberlain as an even "worse appeaser". Can you believe that? But JFK had the stones to stand his ground. Moreso in the case of Vietnam, when after assessing all the evidence in September, 1963 he then signed National Security Action Memorandum 263 to have all the troops out by calendar year 1965. The ARVN (South Vietnamese) were to take over ALL military functions by then, come hell or high water.

Of course the "generals" didn't like it. Not one bit! Their favorite bit of codswallop was the now discredited "domino theory". In fact, this was perhaps the most infamous slippery slope "argument"(actually a logical fallacy) of all, invoked to delay or prevent the U.S. departure from a losing effort in Viet Nam. LBJ bought into it, big time, which was why once he became President, his first act was to fire off NSAM-273 to repeal JFK's NSAM 263 draw down mandate. After that, he merely needed to engineer the right ruse to ramp up U.S. involvement and manpower, which he via the phoney Turner Joy and Maddox humbug incident in August, 1964.

But even after more than 10 years of bloody jungle war, the Reeps and their warmonger sidekicks (and Generals) kept yapping:

"Oh, we can’t leave, not now! Not at this time! If we just pull out Viet Nam will be the first of many dominoes to fall across Southeast Asia! Next will be Cambodia, then Thailand (Myanmar), then Laos, then Malaysia and who knows where it will end? The Philippines too?”

As it transpired, the depletion of treasure ($269 billion) forced the U.S. to finally bail out in 1975, with over 58,000 American dead by that time. Whereas, the numbers would have been much less had fewer powerful minds not succumbed to the slippery slope “domino theory” nonsense.

Similar nonsense arguments have been enlisted to try to prevent the U.S. from leaving another military quagmire in Iraq. (Though to be sure, the cost in casualties is more by way of slow attrition and medical costs than from outright large battles like in ‘Nam). This time, the slippery slope is that if the U.S. leaves, the entire Middle East will fall to "terrorists". And after that, they will follow us home and attack us in our Malls. Now, since we can’t have that, it follows that we will have to stay in Iraq for generations! Problem is, where’s the money going to come from to pay for it? It's all very well to proclaim we'll be in those places indefinitely, but how many loans do you think the Chinese are going to make - especially with Bernanke's near zero interest rates?

Nobody seems to be able to address the money question, despite the fact in all previous serious interventions (such as WWII, Korea and Vietnam) taxes were raised to pay for their increasing costs - and/or the debts engendered in the aftermath. Now, all the reep-tards and their tea party idiots (who ought to be siding with Ron Paul to demand pullout)seem to believe two full bore occupations can be managed with TAX CUTS!

In the end, the real head-on combat is coming, in about 40 days, when the debt ceiling will need to be raised. The sad truth is, without all the military interventions of the past ten years - plus the insane and idiotic tax cuts- we wouldn't be anywhere near this predicament, nor would blow-dried pundits be bloviating about cutting "entitlements". The true fact was as former defense analyst Chuck Spinney put it back in 2004, the escalating military-defense budget has effectively caused a fiscal war to be waged on Medicare and Social Security.

One hopes Mr. Obama grasps this more securely the next time he gives a speech on Afghanistan!
Posted by Copernicus at 10:48 AM