IDIOTS R US: Why Certain Pastors Shouldn't Spiel on Astronomy 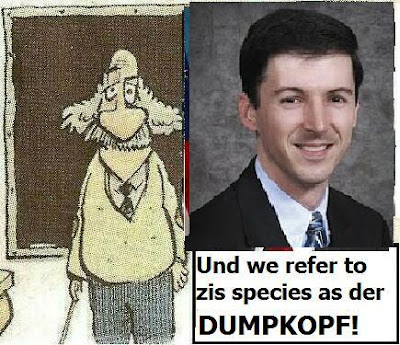 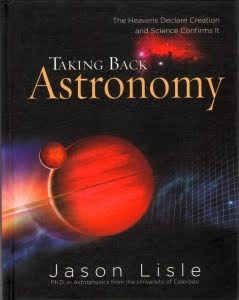 As I noted in many other previous blogs, I really get pissed when know nothings and dolts tread into territory they know nothing about. This includes certain FLA "pastors" still trying to obtain online bible degrees so they can officially run their I-net churches as proper bible thumpers. Reading their codswallop is always a hoot, but especially when they prop up certain pseudo-scientists, who probably purchased their Ph.D.s in candy stores.

One of these is one Jason Lisle who I lambasted before as no kind of an "astrophysicist" but more an ASS-tro-physicist. If one googles his name one will bring up nearly a hundred pages, mostly full of kudos and applause thanks to the websites of his fellow bible bangers. But we do know one thing here: when someone uses science as a forum to push his religious beliefs, without any evidence, that’s no longer science but pseudo-science.

The most laughable thing is to read some comments to the effect I am "jealous" of this twit. Jealous? Well, maybe of Mickey Mouse too, that I can't be a cartoon character! NOT! But, of course, the 'jealousy' claim is coming from a brain dead zom-bot who doesn't even know the difference between an epicycle and the eccentricity of an orbit, yet purports to lecture me about astronomy!

According to this blowhard dingbat (referring to Lisle's latest excursion into pseudo-science, Taking Back Astronomy) this "real" Ass-tro-physicist:

" debunks the most widely accepted evolutionary ideas about astronomy. Readers are given solid answers to many questions, including the speed of light, the big bang, extra terrestrials, the reliability of the Bible."

Of course, neither this dithering nitwit nor Lisle evidently realizes astronomy has NO evolutionary components (that's why we have evolutionary BIOLOGY) and that Extra-terrestrials are not part of astronomy proper. Nor is any "reliability of the Bible" (which I already showed erred in its Gen:1:1-3 portrayals of Earth forming before the Sun. (Note: Astrophysics does incorporate stellar evolution, but those models are based on well established nuclear energy cycles, e.g. proton-proton cycle, and how the alterations in the mean molecular weight of stellar cores direct their future physical changes. Not that the bible-lubbers would understand any of this, far less how it differs from Darwinian Biological evolution. Hell, these boneheads can't even distinguish between the theory of Abiogenesis and evolution, or between the Big Bang theory and the Nebular Hypothesis!)

Let's look at some of Lisle's idiocy that this pretender cites (and he has the chutzpah to assert I don't have a "real" post-graduate degree, when he doesn't even have a real H.S. degree!)

Here, the first error appears in saying 'many of the planets' have strong dipole magnetic fields. It seems this guy can't even count or work out proportions. Last I checked there were 9 planets (even putting Pluto back in the mix) and only FOUR had relatively strong dipole fields: Jupiter, Saturn, Uranus and Neptune. (Earth has only a moderate to weak field, at ~ 1 Gauss)

The next error, this great ass-tro-physicist makes is in assuming that the strength of a planet's dipole field is causally related to its age. This isn't necessarily so, and having a powerful dipole field doesn't mean a planet MUST be young!

Jupiter has a quite large magnetic field, but also has a large amount of hydrogen that is highly compressed to form liquid metallic hydrogen in its core. This material at super-high pressures easily enables electrons to be "squeezed" out from the liquid hydrogen - thereby forming the basis for a putative current. Add in Jupiter's rapid rotation - once in under 10 hours- and VOILA! - you have the basis of a magnetic dynamo: a means of generating very large magnetic fields via the mechanism of a rapidly moving electrons. (Note: formation of magnetic fields from electric currents will be a future Basic Physics blog)

Dynamo action also prevails in the Sun, which is why we have powerful sunspots forming. The solar magnetic fields are thus sent to its surface by the action of convection on the subsurface dynamo and we observe solar cycles every 11 years (every 22 years by the same polarity orientation).

My point is that the basis of the magnetic dynamo effect means we can easily explain Jupiter's powerful dipole field on the basis of the existing physical factors, without any appeal to its age. If Jupiter thus formed some 3.8 billion or so years ago with those pressures, rapid angular momentum in place (on account of it being transferred from the primordial Sun) then we have all the pieces in place. That Lisle isn't honest or sensible enough to present this (more plausible) alternative shows he's no real scientist, no matter how many letters he has by his name!

The magnetic dipole field strengths of Saturn, Uranus and Neptune, can also likely be explained in the same way, since all are of the sizes, masses to feature liquid hydrogen cores as well, so electrons can be made available in the same way as for Jupiter, and all also feature rapid rotation rates: exactly what we need for a magnetic dynamo to generate a strong field.

Thus, the most UNREASONABLE explanation is that the planets are "only a few thousand years old" - especially as the MOON ROCKS brought back from the Apollo missions all date up to 3.9 BILLION years old! Any idiot would know that, unless of course they don't accept radio-nuclide dating, in which case all their degrees needs to be withdrawn!

Another bit of gibberish is the following:

The moon moves about an inch and a half further away from the earth every year due to this tidal interaction. Thus, the moon would have been closer to the earth in the past. Six thousand years ago, the moon would have been about 800 feet (250 m) closer to the earth (which is not much of a change considering the moon is a quarter of a million miles, or 400,000 km, away). So this “spiraling away” of the moon is not a problem over the biblical timescale of six thousand years.

If, however, the earth and moon were over four billion years old (as big bang supporters teach), then we would have big problems. This is because the moon would have been so close, that it would actually have been touching the earth less than 1.5 billion years ago. This suggests that the moon can’t possibly be as old as secular astronomers claim

This is so laughable, it's almost no contest. Like having a brawl with a drunk. First of all, there is NO connection between the Big Bang and the formation of the planets, Sun! This stuff is so elementary it's a wonder Lisle wasn't flunked out of his elementary astronomy class one time. The formation of the planets-Sun some 4 billion years ago is based on THE NEBULAR HYPOTHESIS, i.e. that the primordial gas cloud that gave rise to the solar system was a nebula that collapsed under gravitational action 4 billion years ago. This has NOTHING to do with the Big Bang which uses the isotropic 2.7 K background radiation to conclude that the cosmos was incepted some 13.9 BILLION years ago in an enormous explosion of super-hot temperature and density.

It seems here our friendly pastor, like his clueless ASS-tro-physicist hero, can't do simple arithmetic even in distinguishing 13.9 billion years from 4 billion. Well, seeing what other crappola Lisle has produced (not to mention our unqualified pastor) I'm not surprised!

The other joke is the complaint that "it would actually have been touching the earth less than 1.5 billion years ago". But that's the point! The best theory we have (other than the capture theory, which has numerous dynamical problems, i.e. the synchronous rotation for the Earth-Moon system is highly unlikely via capture) is the Moon-from-Earth origin formation theory: that the Moon was ejected FROM the Earth roughly 2.2. billion years ago. The high similarity (and ages) of discrete Earth rocks with lunar basalt rocks from several Apollo missions makes this a very good theory. But these two bozos believe it works against us!