The Telescope That Never Was 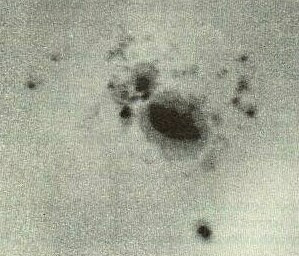 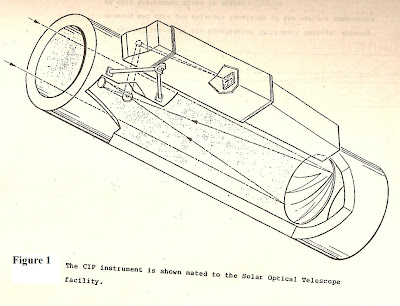 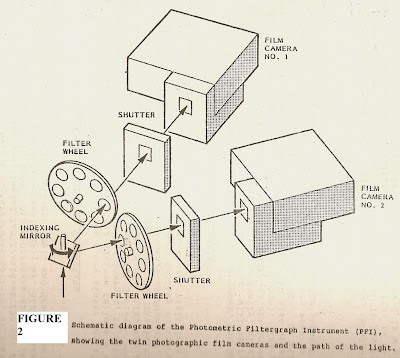 In the blog before last I made passing mention of the SOT or Solar Optical Telescope. By 1984-85 it was being portrayed as a "Hubble version" of an optical telescope dedicated entirely to fine-resolution solar observing. And not too soon! Solar cycle 20, one of the most active in decades, was already nearing its end and solar physicists remained frustrated by a persistent lack of instrumental resolution that prevented identifying the initial flare instability site, presumed to be located near the tops of coronal arches or loops.

Oh sure, many had their suspicions, but without the actual evidence that was what they remained. At the time I was nearing completing of my (intended) Ph.D. Thesis which sought to perfect the forecasting of a particular type of flare I had discovered (the "SID flare") and reduce it to a time frame of 24 hours and no more. Also, the intent was to scrub the forecasting foundation of predictions of "no flare" days entirely, since these merely inflated the prediction success rate.

I had managed in several trials leading up to the final thesis presentation, to raise pure forecast scores to near the 61% threshold for solar active regions (ARs) for which most data were known. For example, I had the use of magnetograms and vector magnetographs that enabled very high estimates of the magnetic gradient:

where the numerator denotes the difference in the normal components of the magnetic field (between opposite polarities of the active region) as measured by vector magnetograph and the denominator the scale separation between them. If I calculated (based on the magnetograms) that grad B = 0.1 Gauss/km then I knew a flare was 96% probable within 24 hrs. In 11 of 14 cases for which I applied the gradient test to SID flares, they occurred within the time frame.

The optically-based forecasts were more problematic, and I mainly had white light sunspot photos (e.g. such as that shown, taken by me with a catadioptric 200mm telescope in 1980) and also H-alpha films related to the sunspot regions. The problem was that the level of resolution simply wasn't adequate. While on the best days (say for white light photos, or even H-alpha views of the Sun at the Harry Bayley Observatory) one might approach 1 arcsec resolution, you really needed at least an order of magnitude better, or 0.1 arcsec to resolve many of the active filamentary structures, for example in the solar penumbra and surrounding regions in H-alpha line of 656.3 nm.

Without being able to penetrate the optical barrier, we had mainly semi-empirical models - which allowed no consistent quantitative predictions based on optical manifestations, such as shear angle (estimated from the angle of penumbral filaments to assigned coordinate axes) or the emergence of the critical 'delta' sunspots which grew rapidly and with mixed magnetic polarities.

Obviously a dedicated space telescope would be supremely useful! For example, in the case of the grad B index forecast, if on a particularly cloudy or overcast day one is unable to obtain vector magnetograms, then one cannot measure the intensity of the normal vectors. If so, one cannot obtain the difference [Bn(+) - Bn(-)], and hence no grad B. And no prediction. Same thing if clouds covered the Sun and one couldn't see twisting fibrils in the vicinity of growing sunspots at all.

The need for a Solar Optical Telescope was self-evident. The first flight of the NASA-engineered SOT (designated SOT-1)was put back a ways to 1986-87 but by the time I submitted my Thesis in early summer of 1984, this was believed (by at least one Swedish examiner) to have worked out for the best. He envisaged me taking the thesis to an American unversity and completing it there in time to make use of the much more refined solar optical imagery, which in turn would refine my solar flare forecast quality. It made eminent sense, though I did worry (and mentioned it at the time) of the talk circulating about budget cuts, especially as Reagan's tax policies had bled down not only U.S. domestic programs but its space missions too (especially radically after the Challenger disaster, in January, 1986). There was also talk of budget trimming for the SOT as early as the summer of 1984.

The key component of the SOT was its CIP or 'coordinate instrument package' - which looked from afar like the top of a giant bus or trailer, to be mounted to the main telescope as shown in the graphic. It's module contained: tunable filtergraph, a system of state of the art spectrographs, and a photometric filtergraph. All would be contained in a single housing called the 'Focal Plane Instrument Package'.

The tunable filtergraph was particularly important, as it was to produce very high resolution digital intensity maps of the solar atmosphere in white light. The components included: blocking filters, a tunable birefringent filter, beam splitters, enlarging optics and two CCD cameras - one of high resolution (with field of 61 x 61 arcmins) and the other a background camera- with a field of 122 x 122 arcmins. The operative wavelength range would be 460-760nm or essentially covering the whole visible spectrum. Meanwhile, the filter bandpass ranges would be from 0.004 nm at 460 nm to 0.0125 nm at 760 nm. Enough to make the budding solar forecaster's mouth drool!

Meanwhile, the spectrograph slit and collimator were designed to move in tandem enabling the slit to scan across the solar image without affecting the angle at which light strikes the grating. Hence, the spectrum remained fixed in the focal plane. The wavelength range for the visible spectrograph was 270- 1000 nm, and for the UV instrument 210-200 nm. The slit dimensions were 0.08 arcsec by 61 arcsec.

The photometric filtergraph (see Fig. 2) was designed to record high resolution, wavelength -disriminated images of the solar atmosphere on photographic film. It included two camera systems, each having 1000' film transports, focal plane shutter, film annotation device and filter wheel. Light then striking an indexing mirror (Fig. 2) is then directed to either camera. The operative wavelength range was 220- 668.7 nm, with a field of view of 120 x 150 arcsec at f/24. Exposure times would range from 1 millisecond to 10 seconds, and filters for the instruments would have included: line blanketing, H- opacity, Hg continuum, Balmer continuum, Ca K, H-alpha and UV continuum.

On this telescope my completion of the Ph.D. depended, but alas, by 1986 it was cut - the $2.1 billion deemed to be prohibitive given the U.S. budget realities, already bleeding $1.7 trillion into the red -mainly thanks to the combo of Reagan's tax cuts, along with out of control military spending. Including foolishness like the 'Strategic Defense Initiative' (or 'Star Wars') which monies would have gone a long way toward making the SOT-1 a reality, along with my Ph. D.! But it's too late to cry over telescopes that never materialized.
Posted by Copernicus at 11:12 AM