Is The Sun About to 'Slumber'? 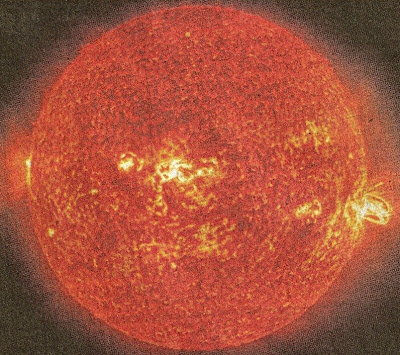 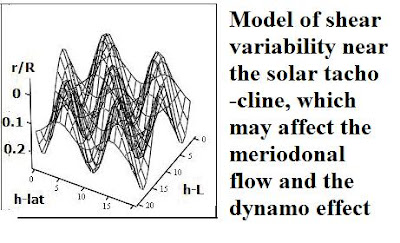 According to research presented at the current meeting of the Solar Physics Division of the American Astronomical Society, in Las Cruces, NM, our Sun may be on the verge of going to "sleep". This according to Frank Hill, the lead author in the controversial study. Of course, if true, this did occur before, in the famous "Maunder Minimum". This period of few or no sunspots was coincident with what has been called the “little ice age”. However, it is important to bear in mind that this Maunder period (1645-1715) occurred BEFORE the Industrial Revolution and the fossil fuel age, which spawned vastly higher concentrations of CO2 in the atmosphere.

Thus, if Hill et al's proposal is true, which is to say the Sun retreats into "hiatus" by 2020, it will occur as global warming is dramatically ramping up. What this means is that perhaps, for a period (maybe even decades) we may be spared the most horrific effects of global warming. By contrast, the onset of the little ice age saw massive crop failures throughout Europe and an almost unbearable cold that persisted throughout the summers.

This is unlikely to occur in 2020, given that by then the CO2 concentrations will plausibly be reaching 600 ppm, or very near the threshold for the runaway greenhouse effect. Apart from that, fewer sunspots will translate into fewer powerful flares and solar storms so there'll be fewer disruptions of satellites and power systems (such as occurred with the monster flare that temporarily wiped out Ottawa's power grid in 1989).

Hill and his team based their prognostications on several observed changes in the Sun seen over the past 2 decades. These include:

Based on these, astrophysicist Richard Altrock says:

"There's a good possibility that the Sun could be going into some sort of state from which it may take a long time to recover."

In a previous blog (July, 2009) I examined possible reasons for such changes in connection with the solar meriodonal flow. At that time (after having presented a paper at the 40th meeting of the Solar Physics Division's meeting in Boulder, CO) I noted that other papers given citing the torsional oscillation flow for the current cycle disclosed it to be hovering near heliographic latitude 33 degrees N, nearly 10 degrees off. Even moving at about 7 Mm (mega-meters or 10^6 meters) a year southward, this would take over 2 years to reach a latitude of 23 degrees, where large active regions (and spots!) ought to form.

If something is disrupting the meriodonal flow and also the solar dynamo - then this pattern is likely to recur for the next cycle, and hence we may see the torsional oscillation flow initiating at much higher heliographic latitudes, maybe even 45 degrees or more. One explanation put forward is that the meriodonal flow just below the solar surface is slowing, or perhaps almost ceased. This would delay formation of sunspots at the proper solar latitudes even when high sunspot counts ought to be expected (from standard Babcock-Leighton solar dynamo theory)

The graphic presented shows one modeling of the solar tachocline subjected to shear, which may account for the pushing up effect on the torsional oscillation flow and slowing of the meriodonal flow.

According to David McComas, a scientist at the Southwest Research Institute in San Antonio:

"People shouldn't be scared of this."

I agree for now. But again, any time major changes in the Sun are forecast it bids us all to pay close attention. Our lives, after all, depend upon its good behavior!
Posted by Copernicus at 10:08 AM