A Judge to be Lauded! 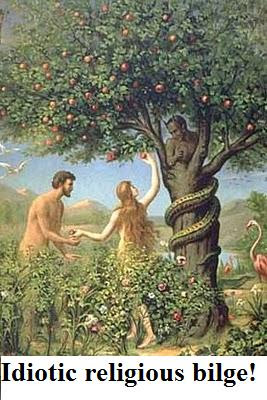 Chief U.S. District Judge Fred Biery merits our plaudits, kudos and appreciation for recently issuing a ruling which forbids any words uttered at public school graduations in Texas that employ the words: "prayer", "benediction", "amen" and "invocation". As the Judge aptly ruled, "those words would cause the plaintiff (an unbeliever) to suffer irreparable harm".

Indeed, the case can be made that any form of public formalist ritual or words that confers gravitas on imaginary realms is a threat to the public's mental health. There have been so many cases to validate this they can't all be listed, including dozens right here in Colorado over the past five years, from a mom who killed two of her children just a year ago (because a spider on the wall 'channeled' God's voice and ordered her to 'release them') to a granny eight years ago in Colorado Springs who scalded her grandson nearly to death because "God told me to do it to evict the Devil inside him".

The point is, once one allows for the dignifiying of imaginary supernatural realms, then all else - all kinds of nuttiness- follows, based on the realms' putative existence. As far as both those forlorn ladies were concerned they were "doing God's will" and trying to argue with them that they were really "breaking the law" is like splitting hairs logically. In THEIR minds, based on the accepted existence of a supernatural universe and beings, where "God" exists everywhere and can indeed talk to people, their actions were legit. They weren't harming the kids, but "saving" them from the "Devil" and "Hell". As I've often said, when you introduce supernatural baloney and fictititous beings-realms, this is what you get, and you can't pick and choose what exactly is "justifiable" and what isn't without making all sorts of contradictions.

Of course, our local rag - a mutant descendant of 'Freedom Communications'- felt compelled to put in its two cents in an editorial today ('Judge Goes After Faith Expressions') using all kinds of cocklemamey, half-assed arguments to try to pillory the Judge's reasoning. There are too many idiotic complaints and pseudo-grievances, but I can cover a few and blow up their specious reasoning one at a time.

One editorial complaint was that "the Judge banned select words of religion, meaning he is scouring from public the rights of individuals to express themselves", adding "why not ban 'earth' a term sacred to Pagan spiritualists, and 'Flying Spaghetti monster' a creature created to poke fun at Christians".

It seems incredible that one must be compelled to address such idiotic arguments, but because some (not trained in logic) may buy them wholesale, one must. As to the first, the use of 'earth', the difference is that it isn't reserved to Paganism or any practices thereof but is a legitimate word used in areas of science (geology, paleontology etc.) as well as for simple navigation terms - as for locating coordinates on earth including via GPS. Thus, it would be idiotic to render such a ban on the word given it isn't exclusive to pagan practice! As for 'Flying Spaghetti Monster', the term is a spoof, a play on godism, a satirical invention - not to be taken seriously! It is a way to employ a comic dig at Xtianoids with some levity. To ban it one would therefore set a precedent to ban all satirical words, especially those that might be applied to hyper-serious of itself religion!

The editors also go off the wagon in claiming some basic "rights" are being violated by the Judge. No, they are not, since the practice or statements of obvious religious intent have been banned in public schools since 1962. Moreover, religious words or their expression are no "right", certainly to pronounce in a public venue. Religion itself, the evidence shows (see the Oxford University Press imprint: In Gods We Trust: The Evolutionary Landscape of Religion) is an evolutionary aberration. As the author notes:

"From an evolutionary standpoint, the reasons religion shouldn't exist are patent: it's materially expensive and unrelentingly counterfactual, and even counterintuitive. Religious practice is costly in terms of material sacrifice, emotional expenditure (inciting fears and hopes), and cognitive effort (maintaining both factual and counterintuitive networks of belief)

The author then goes on to provide examples of religion's counterfactuality, including a "God" that supposedly is sexless, but yet is assigned a gender, and a talking snake that can supposedly tempt people, while a man can live 3 days inside a whale's belly with no ill effects. Do we confer "rights" to madmen or drunks blabbering along sidewalks? Well, we do up to a point! They can proclaim whatever nuttiness they want, including reference to invisible 8' talking spiders, but we regard them at a distance with a level of amusement but no gravitas. So why should religionists be treated any differently? They are spouting supernatural, imaginary nonsense, while drunks and madmen are spouting their own hallucinatory versions!

Lastly, the editors whine about atheists and atheism, writing:

"Atheists, who have faith in a godless universe- are protected in denouncing God publicly even to the most unsuspecting of listeners who may take offense."

But this is utter, irredeemable gibberish. First, atheists don't have "faith in a godless universe". That's like whining that "ghost skeptics have faith in a ghost-less universe". No, they do not! Since evidence is always paramount for extraordinary claims made (and ghosts and God fall in that category) then the most conservative position trumps all others, and the onus is always on the CLAIMANT to convince the skeptic (or unbeliever) otherwise!Since the claimants haven't fulfilled their jobs, then both ghost skeptics and atheists are totally justified in their positions. Also, no atheists I know "denounce God publicly" - why would they if it doesn't exist? One only denounces that which possesses a probable (e.g. at least 90%) existence. Do you see people "denouncing" fairies, elves, unicorns....and ghosts?

What the 'Gazelle's' editors don't get is that the atheist has every right to hold a supernatural belief system up to scrutiny and even intense criticism. This is especially since, as I've shown, such belief systems can induce massive psychosis in the more gullible, or feeble-minded folk (or highly emotionally vulnerable) who gravitate to them. I myself grew more aggressive to religion's devastation on seeing first hand all the young people (17 - 19 years old)locked away in an insane asylum in the place I served as a Peace Corps volunteer. When I inquired why they were all there, being fed a diet of largatyl and electro-shock therapy each day, I was informed by the Chief Psychiatrist that they were exposed to some of the most ferocious hellfire preaching ever done at one particular fundamentalist church. I was also told that in the wake of the fear instilled, nearly 2 of 3 of the young people was catatonic or in a near -catatonic state. When I further inquired whether the "pastor" had been arrested and locked up for mental torment, I was told 'No, he's still out there doing his thing.' Making thousands of others ill I presume, while someone with a loaded gun (which he had the equivalent of) would've been put away by now.

Rights for religious speech? Sure, in their own homes and churches! No problemo! But out on the public street and on the public dime? Arrest their asses and throw the keys away! They're no different from miscreants tossing toxins around in the open! (Who we'd call "terrorists"!)
Posted by Copernicus at 11:28 AM