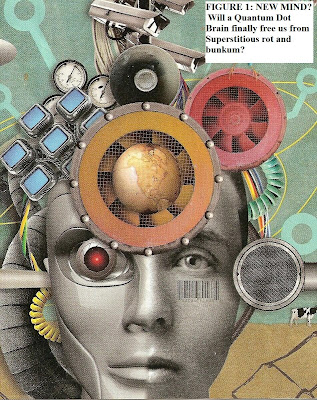 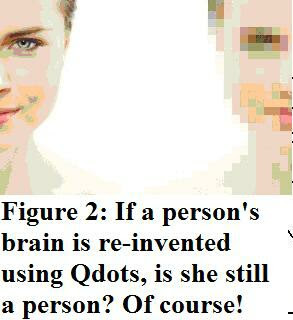 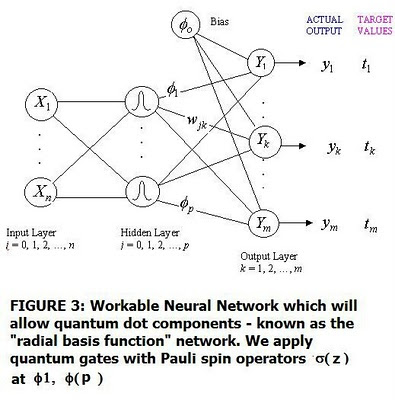 A comment heard on a recent television discussion made me stand back and take notice: Imagine if we'd had no 'Dark Ages' where we'd be right now. No stupid antiquated beliefs in demons or other tripe to hold us back, no enormous resources invested into Inquisitions or witch hunts. We'd likely be on our way to colonizing most of the planets - maybe even terraforming them!

But our "Old Brain" got in the way. Because of its gross defects, including the penchant to elevate atavistic instincts and beliefs into "truths", we've been hamstrung. We've been held at the level of half-thinking brutes for hundreds of years, with more than three fourths of humanity still steeped in this crap. It's as if we've had half our brains totally invaded and having to fight an endless battle with the other (thinking) half. Not to mention thinking humans having to fight endless battles with their non-thinking counterparts!

"We don't perceive the world as it is, because our nervous system evolved to select only a small extract of reality and to ignore the rest. we never experience exactly the same situation twice, so it would be uneconomical to take in every occurrence. Instead of conveying everything about the world, our nervous system is 'impressed' only by dramatic changes. This internal spotlight makes us sensitive to the beginnings and endings of almost every event more than the changes, whether gigantic or tiny, in the middle. "

In the same early pages, Ornstein notes how this "old Mind" of a nation or people can be ramped up collectively and reinforced if its leaders also display and act on their own 'old Mind' predjudices, beliefs, etc. For example( p. 172):

Ornstein notes Reagan's 'avuncular' persona and smile (which essentially disengaged most Americans' critical thinking centers) making it much easier for them to buy into the "morning in America" pap and swill he was busy feeding them. Never mind the half million tossed into the streets from mental hospitals, the conversion of the U.S. to the world's foremost debtor and so on.

The populace' old Mind was its own worst enemy in perceiving the very real damage Reaganites were perpetrating (which is now being emulated by the Bushies. ) Orstein points to the (then) 'Star Wars' program as yet another example of 'old Mind' workings (p. 169):

"The Star Wars program represents the continuation of a mind blindness to trends that have long made military thinking one of the clearest examples of old mind functioning. The rigid, unimaginative training of those who choose military careers apparently reinforces the brain's natural tendency to focus on the immediate and the near term and especially, to count on the environment to remain unchanged. So obvious is this effect that the comment that 'generals are always preparing to fight the previous war' has become a text book commonplace. "

Of course, one could characterize the whole over-the-top "war on terror" shtick the same way. We all act as if an imminent mass nuclear attack is coming or threatened (like we faced in October, 1962, when JFK faced down the Russians over having nuclear-tipped missiles in Cuba) despite the fact the most a gaggle of robed lunatics can do is mount a limited, localized strike- taking out maybe hundreds, at most thousands. But nowhere near the MILLIONS - indeed hundreds of millions- that would have been incinerated in 1962 had JFK not used his New Mind over his Joint Chiefs Old one! (The Chiefs demanded JFK bomb and invade Cuba). Yet we act like timid mice today, at any video of a squawking robed nut - and are prepared to sacrifice all our civil liberties, just to grab onto some faint illusion of personal security! (Remember Ben Franklin's old dictum here: "Those who would sacrifice liberty to obtain a temporary security, deserve neither liberty or security".)

Feeding into the Old Mind's propensities is the patented American tradition of "faith in the future" and blind optimism. (Ornstein, p. 175):

"Memories are transformed to suit our attitudes, and they are transformed in a way that helps the blinkered mind get on and succeed in life. We tend to remember not how difficult our past life has been and often hold a simplified optimism about our family and work history, and our past in general. These healthy illiusions (95 % of people, for instance, judge themselves as 'better than average' in intelligence and life satisfaction) probably evolved to ease the pain of childhood experiences and to reduce the effect of the past on our lives. But these same caricatures when applied to current political depictions often lead to dangerous comparisons."

Thus, this take explains the idiotic move of many voters to hurl the Republicans back into managing the nation's finances (via House legislation from January) despite the face these same clowns wrecked the economy before Obama arrived! They actually have a dismal, dumb "faith in the future" that Repukes will do things better, despite the fact their very core plans (preserving massive tax cuts for the wealthiest) will do the opposite!

Are the voters' old Minds therefore attracted to those of the candidates they voted for? Ornstein again (p. 177):

"Perhaps the most serious political problem faced by society is the attraction of the old mind of the public to old-minded leaders. It is a problem that plagues all nations, and both the Democratic and Republican leaders of the United States. As an example consider the Reagan Administration. That administration, even more than most was based on caricatures of the world,literally one-liners from Reagan's famous index cards.

The greatest errors of the early Reagan Administration helped to make it popular. This administration encouraged the public's chauvinism when a New-minded administration would have worked to reduce it. For example, the administration concentrated on finding short-term solutions to economic problems with little or no thought on their long term consequences. "

It seems patently obvious that - like the Reaganites and later the Bushies (Senior and Dumbya) the current Bonerites-McConnellites are guided by 'old Mind-old Brain' instincts and predilections. This wouldn't be the catastrophe it is except they have also accrued the following of so many 'old Minds/Brains' amongst the public. (Or - by deft use of PR coupled with confusion enticing otherwise potential New Minds into a cognitive dissonance that effectively converts them into Old Minds).

The question, of course, is how to reduce the influence and effect of the Old Mind- which by the way, would also reduce other Old Mind influences, such as: idiotic total belief in something with zero supporting evidence, and the willing capitulation of individual autonomy and will to manipulative, backward religions.

The answer, fortunately, appears to be forthcoming. Now with the advent of quantum dots and smart sensors integrated into neural networks that can be embedded in the human brain- we may well have the wherewithal to finally,...finally....dispense with the Old Brain, the Old Mind and their mutual anachronistic baggage of delusions, prejudices, and overall superstitious foolishness which is holding our species back. No more stupid "demons" or "Satan" to worry over because those parts of the brain that elicit them will be co-opted by new circuitry. The improved processing will leave more time for higher order discovery, mathematics, and maybe even some advanced physics study - but no wasting time with antiquated primeval rubbish. A New Brain no longer requires the garbage of the Old.

In Fig. 3 I show a neural network which can form a plausible and practical basis for a New Brain -New Mind. One no longer at the mercy of gibberish and cornpone, backward bunkum. This brain, retooled using q-dots, could no more support a thought about "demons" or "Satan" or "Hell" than Stephen Hawking's could about fairies causing black holes, or worm holes. It would explode first! (Well, not literally).

In effect, with correct placement of quantum dot NOT gates in the hidden layer, it will be possible to alter an input (0, 1) to an output (0,-1) say at the bias point Phi(0). That switching effect will then transfer to the output layer, inverting the outputs for the k = 1, 2,.....m neurons principally for the points y(1), y(k=j) and y(m). The key advantage of the RBF over an MLP network is that the RBF leads to better decision boundaries and improved classification of the information from the hidden layer. (Which might be very critical since not all information going to the brain's amygdala (the putative Old Brain center) is negative. Some is available evolutionarily, for example, to arouse an alert for a real threat!)

A remaining question or issue, is whether or not one quantum NOT gate is required for each neuron in the hidden layer. I am going to argue 'no', given the fact that quantum superposition superposition of data elements can apply such that: U = U(1) + U(0), where 1 and 0 denotes bits entrained to move along as information to the outputs y(1), y(k=j) and y(m). In principle, then, it is feasible that each quantum gate can - according to its qubit (not bit) capacity, match up to many more neuron bits in transit within the hidden layer.

The task now will be to check the workabilty of the RBF network by using a simulation code that can encode qubit capacity and be integral with the key network equations for the RBF network. What might be one way we know we're on the right track? Well, apart from getting the outputs we want at (1), y(k=j) and y(m), we also would like to see or ensure that the error function remains Gaussian, and doesn't suddenly change.

For example, it can be shown that the relevant error function for a given neuron designated for the output bias is:

is the Euclidean distance between x(n) and m(i) and which should not exceed the distance for which the Heisenberg Uncertinaty Principle is applicable, e.g. ~ 300 nm, and s(n) is the standard deviation applicable to all neurons in the hidden layer subject to quantum gate effects. (It is also sometimes taken as the width of the Gaussian associated with the cluster algorithm prototype.).

If the error divergence was excessive, it would suggest we're killing too much information on the axon pathways, i.e. tossing the "baby" (alerts to real threats that are useful) out with the "bathwater"(unreal and baseless threats of "demons", "Hell" , "Satan" etc.). All of this neural processing re-structuring will provide concrete help for the troubled minds afflicted by Demon and Hell phantasmagorias sooner than later!

Lastly, some questions have arisen as to whether a neurally reconstructed person, even one who has actual quantum computer programs running in their brain, is a real person. The answer is, of course, yes. I mean, because somebody acquires a prosthetic limb do we no longer regard him or her as a person? Obviously not! So why do that when the overall brain is vastly enhanced and improved?
Posted by Copernicus at 11:46 AM