Why Some People Need to Refrain from Writing Science Content (2) 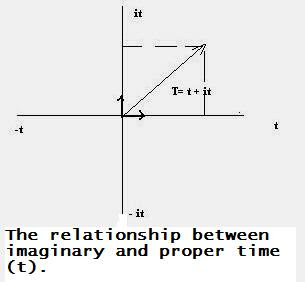 We continue here looking at why some people would be best served not writing about any science topics, period. We left off with Neil Slater's letter published ni the April/May Mensa Bulletin, more or less criticizing Einstein's special relativity theory. He wrties at the end:

the basic unit of existence is a 'string and..in order to get direction into one's universe, the next higher unit can then be modeled by a tetrahedron made with four strings, each including elapsed time, rate of time, and direction..

But this is patent gibberish! In fact, strings aren't validated experimentally at all, and most researchers originally entranced with them have now moved on to the more realistic branes, short for 'membranes', after which this blog is named. With any manner of brane, D or other, we are dealing with a hyper-dimensional object. For example, in the case of D-branes, the number of spatial dimensions is equal to the total number of spatial dimensions in the entire space-time- which we call a “space-filling brane”. In the case of normal 4D space-time (3 spatial dimensions, x, y, z and one of time, (t) we have a D3-brane. Meanwhile, in bosonic string theory with 26 dimensions (25 of space, one of time) you would get a D25-brane. In superstring theory, with 10 space-time dimensions (9 of space, one of time) we get a D9-brane. The point is branes have replaced strings, but even that I wouldn't call them the 'basic unit of existence' - a term probably best reserved for the Higgs boson, the essential unit of mass.

As for the issue of "direction" in the universe, Slater evidently doesn't know this is defined by entropy or the degree of thermodynamic disorder.Thus we have the "arrown of time" in the direction of increasing entropy. There are, inf act, THREE arrows of time (thermodynamic, cosmological and electromagnetic) and they all go in the same direction. The continued expansion of the universe, making it impossible to reach equilibrium or become a perfect absorber and radiator of radiation, also emphasizes the connection of the 3 arrows. Thus, it's because radiation can propagate away from sources (since the cosmos expands) that we observe thermodynamic entities like stars and quasars, while the ongoing expansion also engenders regions away from equilbrium, thereby producing an arrow or direction of time.

Slater also overcomplicates things by introducing a tetrahedron on which to place strings for "elapsed time", rate of time, and direction etc. There's no need at all to resort to such exotic and unnecessary treatments, and in fact, "rate of time" means nothing. More likely he has confused differences in time passage to different frames (treated via muons in the last blog) with an imagined "rate of time passage". But there is no mystery here if one remains consistent with the inertial reference frames used!

Indeed, "elapsed time" is just that which is measured by each observer with respect to his own frame, so we found Twin A obtained 1.37 years by his clock to go from Earth to Proxima Centauri, while Twin B's clock elapsed 4.4 year for recording Twin A's outward journey.

which is really the 'proper time' for the traveling twin. Thus, the issue of elapsed time is already integrated into these time computations, and "rate of time" passage is as well, when proper time t' is compared to t.

More generally, one can relate proper time to a quantity known as imaginary time in the diagram shown. The diagram embodies the fact that in relativity movement can occur in time or in space, and one has a complementary (space or time) equivalent. For example, stay where you are and let one minute elapse on your watch. You have performed a 'movement in time' without a corresponding movement in space. We say you have traversed imaginary space. This imaginary space can easily be computed:

That is, you have traversed 18 million imaginary kilometers or 11.25 million miles in imaginary space. (Im(x) is the symbolic representation for an imaginary space (x) transition). Now, think of a movement in real space, but none in time. Is this possible? Well, I can get out my telescope and observe the Moon instantly - bearing my consciousness upon it - without taking the time to travel there. For all intents and purposes I am there. In this case, an imaginary time interval is the result, and again can be computed:


That is, 1.28 imaginary seconds to get there. I note here that this imaginary time interval is equivalent to a real space interval: 384,000 km (space distance to Moon) = 1.28 i seconds. Thus, imaginary time and real space are interchangeable. If Slater wanted a geometric graphic to work with, this would be far more useful than his "tetrahedron" though to be sure the use of imaginary time is still mainly restricted to highly abstruse applications, for example in Hawking's boundary free universe model.
Posted by Copernicus at 10:47 AM