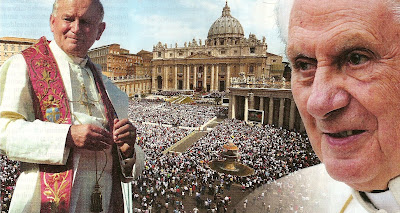 As a Boomer and participant in the 60s, I have seen that decade blamed for more distress, immorality, distraction and national malaise, then virtually anything short of the HIV virus. People simply mindlessly blame "the Sixties" (most without having actually lived it - like I have) as if it's some virus that keeps injecting itself and recurring, tearing down whatever's left of the state, the world or the populace. These blamers appear to forget, or never cared, what we went through in that tumultuous decade, from being the first generation to be faced with total nuclear annhilation (during the October, 1962 Cuban Missile Crisis) - which believe me was a LOT bigger deal than a potential terror hit, as well as living through four major assassinations that rocked the structure of the political system - with the all the most articulate voices and leading lights on the left essentially wiped out in the space of 5 years.

So pardon me, if I take umbrage at the anti-60s whiners and blamers. They need to get a frickin' life and look for another ox to gore. The latest Sixties blamer appears to be the Roman Catholic Church looking for a way to explain its way out of the priest pedophile mess. What these lamos have done, however, is undermined the Church's credibility even more, and rendered its moral position more dubious by an act of semantic adulteration coupled with historical revisionism that would even make the Sons of Confederate Veterans proud!

The basis for skepticism, mine and many millions of others, is a report issued by the Catholic Bishops out of the John Jay College of Criminal Justice on Wednesday. If I used the word "Whitewash" for this report, it would be an understatement (but so then would the Warren Commission Report that sought to explain away the JFK assassination as the work of one, disaffected lone nut). Anyway, this report claims that the sex abuse crisis was caused partly by poorly trained seminarians and occurred amidst a permissive culture of the 1960s and 1970s that saw in increase in divorce, marijuana, experimentation and robbery. All bollocks!

For one thing, the decades listed would have affected, by this account, all other institutions too. So why aren't they all crying and whining? While many individual people, for sure, blame the 60s culture for the "culture wars" now, I don't see bankers blaming the 2007-08 banking collapse on 60s looseness (i.e. smoking so much dope they couldn't tell a credit default swap from a real AAA security!). Nor do I see the military blaming any problems they have with current recruits on dysfunctional or deviant 60s sex or adopting "doper" values. Nor do I see other major churches-religions, like the Anglican Communion, blaming the 60s sexual egalitarianism for the influx of female Anglican priests!

In addition, the preparers of the report seem to forget that abuse existed long before the 60s. One documentary that appeared on Frontline several years ago recounted the sexual and other physical abuse inflicted on a group of female Irish orphans by the Sisters of Mercy who ran the orphanage. This was in the 40s and 50s. I myself almost became a victim of one of these nuns, I will call her "Sister Francine", at a parochial school I attended in Florida, run by the Sisters of Mercy, in 1957. I'd been warned of "Sister Francine's" tendencies and told to never be alone in the boy's restroom, yet there I was- caught one bright sunny morning in Oct. 1957. I tried to finish my business but she entered, locked the restroom door behind her, telling me in a cold voice that still sends chills down my spine: "Now, boy, we shall have to deal with your problems!" As she approached- small leather strap in hand- with cruel blue eyes boring holes into me, she ordered me to unfasten my belt. But a pounding on the door distracted her. The door opened, having been unlocked by someone in a hurry, as the janitor let himself in saying a toilet needed repair. I was barely saved in a nick of time at age ten! This was THREE years prior to 1960!

The other gamesmanship in this report inheres in the semantics, claiming there is no pedophilia if the victim is older then ten. Oh yeah, try running that baloney past any law enforcement agencies in the real world! It will never fly, but this resort to twisting a definition to suit its purpose merely exposes the Church in its total dishonesty. The real basis for the Church's sex abuse crisis had nada to do with being immersed in any 60s counter culture or ideas, values, but the Church's own structural moral defects, which are inherent in its own "natural law" teachings. This is a subject I plan to cover in a future blog. Stay tuned!
Posted by Copernicus at 11:07 AM