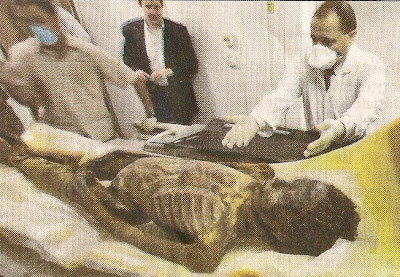 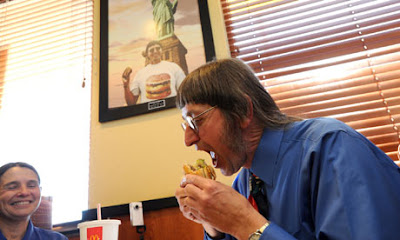 Two items in the news this past week point up that medical science probably needs to be more wary of publishing results of drug findings, especially if the research is funded by big drug manufacturers in the PhrMA axis. As pointed out in prior blogs, I've always had a major problem with "conflicts of interest" funding, especially when it emerges in certain critical areas - that translate into money and expense and -or livelihoods. One of these is economics, where this dismal "science" has nearly been rendered useless because of the hidden endowments and contributions made to its most pervasive pundits, wags and pseudo-scholars(See,e.g. the documentary 'Inside Job'). The other is medical science, and who can forget the instance cited in Forbes 2 yrs. ago wherein it was reported that a statin manufacturer's claim that its drug "lowered cholesterol by 33%" was really based on comparing a 3% reduction in the study group to a 2% reduction in the control (placebo) group thereby enabling the computation: (3% -2%)/ 3% x 100% = 33%, to obtain the reduction.

Anyway, the stories of interest for this blog are:

1) The one concerning a Fondulac, Wisconsin man (Dan Gorske) who consumed his 25,000th Big Mac, and

2)The discovery that a 3,500 year old mummy of an "Egyptian Princess" had clogged arteries, dispelling the myth that atherosclerosis is a "modern disease" - presumably from gobbling too many Big Macs, pizzas, or whatever.

In the case of Gorske, he also likes brats but has consumed a Big Mac each day for the past 39 years. What was his main complaint? According to the Big Mac champ:

Well, he could go for three Big Macs a day (breakfast, lunch and dinner) but mayhap that'd be pushing the envelope even for a guy like him. According to McDonald's, there are 540 calories in a Big Mac, which is more than a quarter of the calories a person(on an average 2,000-calorie diet) ought to consume. The burger also contains 29g of fat and 1,040mg of sodium, which are both more than 40% of the Food and Drug Administration's daily recommended value for a 2,000-calorie diet.

Unsurprisingly medical "experts" do not recommend the Gorske diet. Tara Gidus, a registered dietitian in Florida, said Gorske probably has good genetics to thank for his health, alongside the fact that he resists the temptation to order fries and soft drinks with his burger. Maybe. But I seem to also recall my beloved maternal Grandpa from Milwaukee, happily wolfing down three scrambled eggs with loads of sausage and bread each morning, along with lamb suet (fat) when he ate that, as well as numerous kilograms of his trademark sausage. He lived to the age of 87.

As for the mummy, can Gidus or any other medical "expert" confide to me how it is a 3,500 year old mummy had clogged arteries, when the first Big Macs wouldn't appear for at least another 3,450 years! Obviously, the issue has many other factors, and I'd warrant more than even the genetics explanation can provide.

In the case of the Egyptian princess, according to detailed computer -based cardiology tests, she had calcium deposits in two main coronary arteries - making her the oldest mummy found with heart disease. Nor is she exceptional since computer scans on 52 other mummies disclosed 44 had chunks of calcium stuck to their arteries, many in worse condition than modern Egyptians. So what gives?

As noted in other blogs, the key culprit is not so much cholesterol as a chemical known as c-reactive protein. It is this chemical in combination with cholesterol that triggers an inflammation reaction leading to calcium deposit buildups. It is important for the medical profession to stop hiding behind the cholesterol issue and using it to browbeat patients, without also mentioning the critical catalytic role of c-reactive protein and why test for CRP may be much more important than cholesterol levels! (But, of course, they are more expensive to perform - which would add to exploding medical costs!)
Posted by Copernicus at 9:30 AM