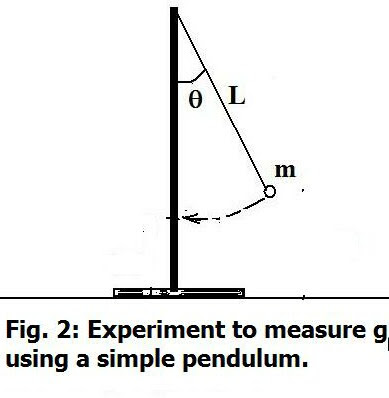 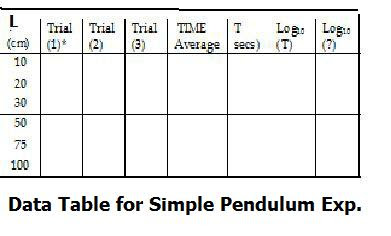 Gravitation is a wide and formidable topic in mechanics, and stretches from ordinary prosaic investigations to find the acceleration of gravity (g) on Earth (which values, btw, vary from locale to locale but average out to around g = 9.81 m/s/s), to sophisticated computations of the advance of Mercury's perihelion (based on general relativity and Einstein's findings). Since this is a basic physics blog, we stick to the more prosaic elements. But it helps to see how the acceleration of gravity is related to Newton's Law of Universal Gravitation, which states that every particle in the universe is attracted to every other particle with a force that is proportional to the product of the masses, and inversely proportional to the square of the distance between them. We can express this via a shorthand formula as:

Where k is the constant, M is a larger mass, and m a smaller mass, with d the distance between their centers. Let's now use a more familiar form to show the attraction between the mass of the Earth (M_E) and a smaller mass m, on its surface at a distance equal to its radius R:

Where now the constant is known (from assorted experiments) and turns out to be the Newtonian gravitational constant, G = 6.67 x 10^-11 N-m^2/kg^2. These units can be checked simply by solving the above equation for G, and keeping in mind the units for F (force) are Newtons (N), and for mass (kg) and for R, meters (m). Now, the point here is that any mass on Earth's surface is attracted to the Earth's center and this is also a measure of the weight which must not be confused with mass. Thus w = mg and if we set this equal to the force of gravitational attraction, F, we obtain:

In other words, g is independent of the mass m on the Earth's surface (or slightly above it, say 10m) which is exactly why all masses are observed to fall to Earth at the same rate at the same location (taking into account air resistance). Thus, a key action for basic mechanics students is to be able to measure g, the acceleration of free fall.

In the top diagram I've shown one of the favorite devices we've used in Barbados for measuring g. We generally connect it to a 6v dc source and through a switch and rheostat of about 700 ohms. The device includes a spark timer (similar to the ticker tape timer we saw earlier for investigation acceleration)and induction coil so that sparks of a known frequency jump the gap as any mass falls. For the 50 Hz spark timers used in Barbados, we obtained 100 sparks per second. The sparks then are generated on a paper tape, as shown to the right of the same diagram.

Students will first test the apparatus to ensure it's working properly then conduct several timing trials, to make sure the sparks are clearly visible on the paper records. Students are asked to look for the first really clear spark spot and label it 0, then take every other one, designating them as 1, 2, 3, etc. until there are about 30 numbered spark spots. The time interval between spots is known from the frequency of the timer supply and for us in Barbados was t = 1/50 sec = 0.02sec.

For some schools without spark timers and free fall apparatus, a very simple way to measure g, which I've also used in Barbados, is the simple pendulum as shown in Fig. 2. Basically, the student connects various (pre-defined lengths) of string to a lead bob, and allows a number of total oscillations of the pendulum to occur, which are then recorded. For different lengths, ℓ1, ℓ2 etc., times for 20 oscillations are recorded (three trials for each length) then an average taken. A data –observations Table might look as shown in the accompanying sketch I made.

In the apparatus diagram, the simple pendulum is a mass m which hangs from a fixed point on an iron bar. To ensure no interference between string and bar it is useful to affix a clip or join to the top of the bar so that the string and mass can swing freely. The mass is then allowed to swing to and fro taking a time T for one complete cycle (one complete to and fro motion). The time is called the period of the pendulum. A precaution to take is to ensure the swings are small (small displacement angle, Θ) to that T does not depend on the mass, m, only the length ℓ(=L). A second critical precaution is to have ready an accurate method for timing the swings, and that means the student needs to use a reference mark (behind the rest position of the pendulum) while sitting with eyes level on the mark.

The goal is to find the exact relationship between the mean value of time and length ℓ. The student will then assume the empirical equation relating them is of the form:

Where both A and ℓ^n are unknown constants. If the empirical equation is correct than taking logarithms to base 10 on both sides yields:

This Log-Log graph will yield a graph of Log 10 (T) (ordinate) vs. Log 10 (ℓ) with n the slope or gradient and Log 10 (A) the (y-) intercept. From the graph, the student will be able to obtain all necessary constants needed to calculate A, which harmonic theory of the simple pendulum will show to be: A = 2π/ (g)^½ where g is the acceleration of gravity. (As may be seen, the student can calculate the value of g directly from the value of A)

Next: Energy Analytics of the Simple Pendulum
Posted by Copernicus at 10:01 AM