Predictably in its latest disinfo effort ('The Supply-Side Jobs Slowdown', May 8-9, p. A12) the WSJ editorial nabobs blame reticent or "lazy" workers for not rushing in to fill restaurant or other service jobs because of "too high" unemployment benefits.   According to the embedded codswallop:

"When you pay people not to work, guess what?  Many people don't!"

But as is often the case, the devil is in the details.  Why aren't perfectly healthy people desirous of going out and joining the wait staff at Mel's Barbecue for $2.30 an hour plus tips?  These untrustworthy WSJ op-ed minions have taken a page directly from the employers like at Mel's, e.g.

"Employers across the country have been complaining for months that the federal $300 weekly jobless bonus has made it difficult to hire. Most low -income workers can make more sitting on the couch."

And why not, if you're only going to pay dirt poor wages plus tips?  Doesn't that suggest these miserly skinflints ought to cough up more money to pay the workers - if they really want them - as opposed to indentured servants or let's say it, "slaves"?  To the ever degenerate  Repukes and tightwad employers the answers are always easy,  because they prefer not to look at the other side.  That in fact they are the ones really screwing the workers.

In this case,  we learn in an insightful article in The Sunday Denver Post ('How Companies Rip Off Poor Employees And Get Away WIth It' , Business, p. 1K) that the real crooks are the sundry employers who often scream the loudest about not being able to get their cheap labor.  As the article notes:

"When a recession hits, U.S. companies are more likely to stiff their lowest- wage workers, research shows.  This includes: paying less than minimum wage, making the employees work off the clock,  and refusing to pay overtime rates.  And in the most egregious cases, bosses don't pay their employees at all."

Why isn't the WSJ editorial exposing these exploiters and n'er do wells?  Instead of smearing struggling workers- often mothers who are also caretakers - and are leery of working for scraps and no benefits.  Especially in a pandemic that's far from over, despite all the hype from the business class and PR enablers that it's time "to open up".

Well, because the stable of WSJ op-ed contributors is all in for predatory capitalism.  You can see it every day you read the pages and scan this or that's blowhard column - whether Dan Henninger, Holman Jenkins Jr.,  Kimberly Strassel or William McGurn.

On an ABC News Saturday spot on business hiring struggles several mothers were interviewed who delivered the straight truth.  One mom referred to her child's irregular school hours which made it impossible to plan or schedule work hours. As another one put it,  "All the jobs are mainly low paying service jobs, and often part time so there are no benefits.  That simply isn't enough when you have kids and no affordable day care."

She has a valid point. What do these grousing employers expect her to do? Sign up for a $2.30 an hour job (plus tips) at Mel's Diner and pay $500 a month for day care?  Give me a break.   But let's get back again to the crooks who screw millions of low wage workers out of their pay (ibid.):

"Victims of wage theft toil on the lower rungs of the workforce. People like Danielle Wynne, a $10 an hour convenience store clerk in Florida  who said her boss ordered her to work off the clock.  Then there is Ruth Palacios, a janitor in New York City, who earned less than the minimum wage to disinfect a hospital at the height of the pandemic."

Are these bosses, corporate outfits good citizens?  DO they deserve workers to come to heel for them, at their beck and call - say rather than get much higher compensation by not doing so? You tell me. Buried deeper in the piece is the cruel, cynical calculation these misfits make in terms of exploiting their workers:

"Some companies are doing a cost-benefit analysis and realize it's cheaper to violate the law, even if you get caught."

This is possible because the federal oversight agency - the Labor Department's Wage And Hour Division - which investigates wage theft and exploitation, "rarely penalizes repeat offenders".   In an analysis covering the period October 2005, through September, 2020, the agency fined only 1 in 4 repeat offenders.  It ordered those companies to pay workers cash damages-  penalty money in addition to back wages- in only 14 % of those cases.   Then we learn:

"Some economists say wage theft is so pervasive that it's costing workers at least $25 billion a year."

This is exactly why, Zach Schiller - quoted in another part of the WSJ (same edition, but not op-ed) asserted the "data contradicted the perception that masses of Americans prefer to live on unemployment insurance than find jobs."

That's because the bulk of Americans prefer to work, but at decent jobs that pay properly, and include benefits. Not service-level  jobs that pay diddly and often see employers making people work off the clock, or without overtime.   As a case in point an earlier Denver Post piece (May 5) cited Colorado with 78,000 workers no longer in the restaurant biz after the pandemic closures.  They were all let go but most have not come back.  Why not?  They went on to find better paying jobs, often in Colorado's health care industry as medical assistants and receptionists. Jobs with dignity and which include benefits.

So the WSJ editors can scream all they want about "too many living off the government", but if that is indeed the case, it means the options offered them are undignified and too low paying - especially if they also have to take care of family members. 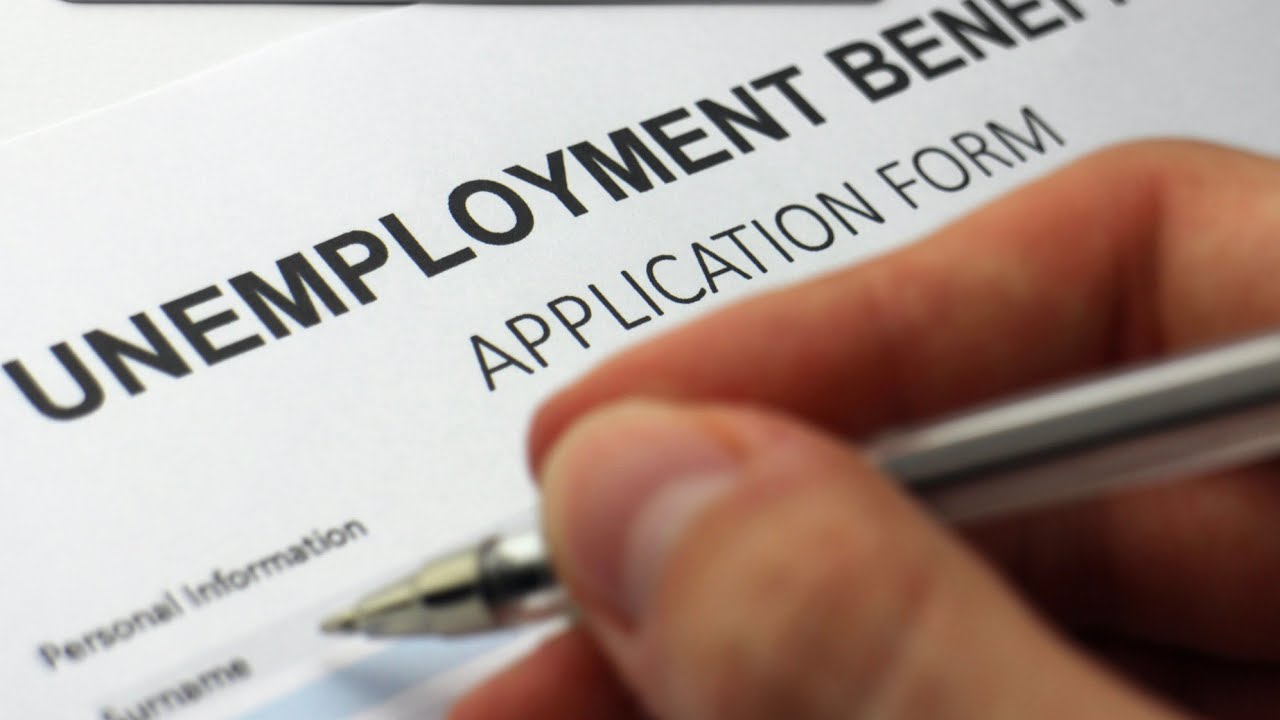 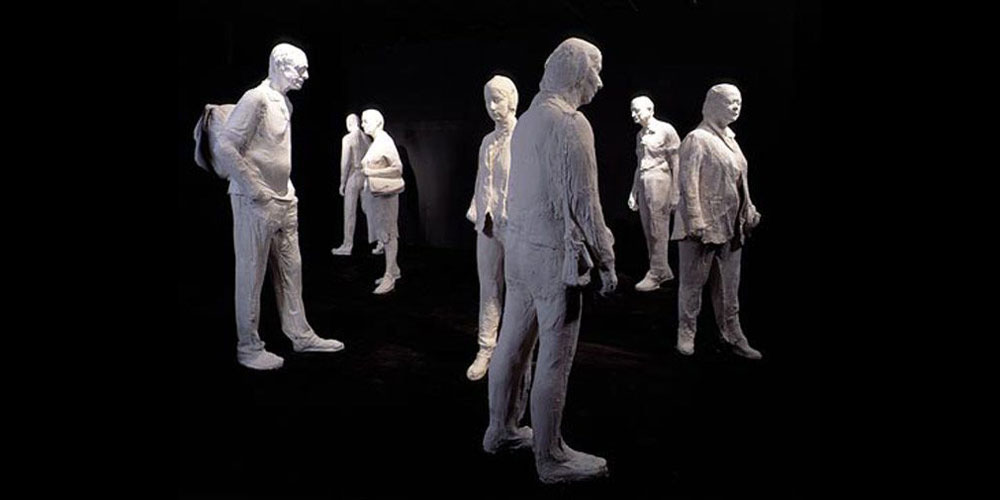 You can tell when the propaganda machine is belching the same message on all pistons. You start hearing the groupthink’s identical fabrications bouncing from social media to local government boards to newspaper articles and comment sections. It happened after the election with that “stop the steal” smear. It happened after the January insurrection, when the con blamed the attack on Antifa agitators. It periodically happens when masks or the vaccine are reimagined as government conspiracies.

It’s happening now regarding unemployment and stimulus checks. They’re blamed for keeping people home. It’s a twofer: Business owners, politicians and chambers of commerce of a certain stripe blame the government for “competing” with the private sector by sending “handouts,” and they attack workers at the lowest end of the wage scale for staying home–as if crappy wages, questionable safety or a worker’s job market have nothing to do with employers having a hard time filling their ranks.

But accuracy isn’t the blamers’ concern. Belittling workers and lampooning government is. The motives are primarily ideological, part of the continuing war against better wages and stronger worker-safety protections.