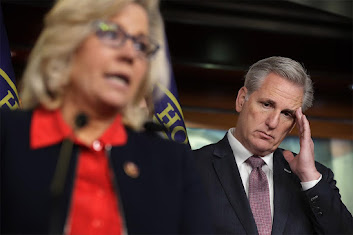 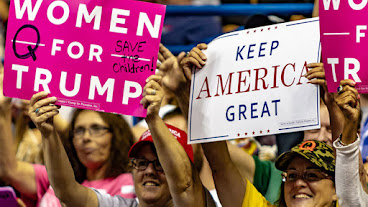 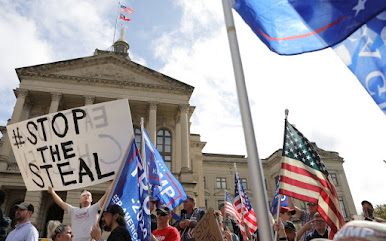 The core problem of today's GOP is that it's in the throes of a nervous breakdown, or perhaps more accurately, a prolonged psychotic episode. Worse, it's visited this self-destructive mode on itself by a succession of irrational, detached from reality choices in how it's approached governance and responsibility.  In a sense, it has abdicated both.  Ask any psychiatrist the fastest way for an individual to self-destruct and s/he will tell you by denying reality and acting on that denial.  It's the same with a political party but worse because its crack up takes millions of members/followers down the rabbit hole as well.

In a recent blog post John Stoehr  nailed the central dynamic of how a party can itself go insane and cause its followers to as well:

""In 2006's On Truth, the moral philosopher Harry Fraankfurt described the ethical effect of lies. They are not just deceptions. They are not just duplicity. They are injuries. "Lies are designed to damage our grasp of reality," he wrote. "So they are intended, in a very real sense, to make us crazy." But more than that, they are authoritarian injuries. "The most irreducibly bad thing about lies is that they contrive to interfere with, and to impair, our natural effort to apprehend the real state of affairs," Frankfurt wrote. "They are designed to prevent us from being in touch with what is really going on. In telling his lie, the liar tries to mislead us into believing that the facts are other than they actually are. He tries to impose his will on us."

This is serious stuff, because millions of brains can be gutted and shredded at once if they fall prey to the unreality of major political lies. But this is exactly what's happened to the Republican party.  It has ceased to be a viable party of governance and vision and has instead mutated to a cult of grievance, indignation and insanity.  One does not even have to look very far or hard to see multifold examples:

Only recently we've beheld the unseemly spectacle of House Minority leader Kevin McCarthy saying (in a hot mic moment) that "he's just about had it" with Rep. Liz Cheney.  Why has this imp had it? Because Cheney called out Trump again as a lying misfit maggot for claiming he won the 2020 election. This after the orange fungal putrescence tried to also claim - from his Mar-a-Lago redoubt-   that the real "big lie" was that Joe Biden won.  Ms. Cheney corrected this POS bluntly and quickly in her response:

“The 2020 presidential election was not stolen.  Anyone who claims it was is spreading THE BIG LIE, turning their back on the rule of law, and poisoning our democratic system.”

But this was too much for the Trump asswipe McCarthy who - as Chris Hayes noted on ALL In, has dug into unreality in an Orwellian style to try to justify marginalizing Cheney.  See e.g.

Why? Because she has resolutely challenged Trump's big lie that he actually won.  Mitt Romney came to Liz Cheney' defense tweeting: “Every person of conscience draws a line beyond which they will not go: Liz Cheney refuses to lie,”  For that he had to endure getting booed  by mind-marooned morons at the Utah Republican Party convention on Saturday.

The damage from this horse manure has been inestimable and led directly to the January 6th insurrection and attempted overthrow of a duly elected government.

Rather than suck up the reality of Trump's election loss and take  responsibility for the insurrection and regroup in a constructive sense,  the Republican party has instead embraced or placated Trump’s lies about fraud by enacting voting-restriction measures.   Further, if these deranged imps oust Liz Cheney and insert the Trumpie toady Elise Stefanik it will confirm once and for all the perverted path the GOP has taken toward its own self destruction.   But we've seen this the past four months with every consequential action taken.

Further, both the official Republican party and its affiliated media (FOX, OAN, Newsmax) have continued to magnify Trump’s lies. Senate Republicans went so far as to present Trump with a newly created “Champion of Freedom” trophy, which is not the thing you would award somebody fresh off a coup attempt.  The whole nasty farce discloses how off kilter  and insane this party has become and the degree to which it is unfit to ever lead again.

As if the Big Lie of election fraud and Trump winning isn't bad enough, the Reep party has also been neck high in peddling Covid and vaccine lies -  with the ill effects evident for all to see.   As reported on ABC News last night, and on All In, a full 37 % of Republicans now decline to get the vaccine - any vaccine.  Their brains are infected with multiple dumps of horse shit ranging from Bill Gates' really wants to implant them with microchips, to Alex Jones' claptrap that any who are foolish enough to get the vaccine will either die quickly or "in ten years from neurological problems".   Anyone buying into this balderdash automatically fails any IQ test and has proven to be at least moron status.

The ongoing BS and lies about wearing masks has also had its own ill effects, with multiple outbreaks of violence across the nation- even on airlines.  Thus the ABC report Monday night that air marshals will now be on most flights   after flight attendants' reports of being spit upon, cursed and even urinated on by deranged Trumpies because of being told to adhere to masking rules.

Then there is the crackpot twit Tucker Carlson who only recently demanded anyone seeing a child with a mask report it as "child abuse".  Well, as wifey put it after this came out, Tucker "ought to be locked up in a padded cell at Bellevue and not allowed any visitors with working brain cells.  In the meantime his brain needs to be fried with some ECT."

But the lies and disinformation don't stop there, but descend into cynical levels of false equivalence and pure ignominious palaver - such as demonstrated by Laura Ingraham on her "Ingraham Angle" last night.  This harpy actually used her opening remarks to question why "libs" would want to defend Liz Cheney's honesty (in calling out Trump's Big Lie) when they have already "been exposed about the Russian collusion hoax".  Except that's another lie. There was no hoax, it was truth and fact- misrepresented by William Barr back in 2019. Mueller not only defined a conspiracy in the case of his indictment filed against 12 GRU agents in 2018, but made it public, E.g.

[Read the indictment here.]
Mueller  also - if you read part one of his report-  makes it clear Trump was involved in this  conspiracy.  In addition in Part II he detailed at least ten serious instances of obstruction of justice on the part of Trump. As Harvard Law Professor Lawrence Tribe elegantly summed it up after release:
"What we have here is a situation where the Mueller report shows without any doubt that a hostile foreign power attacked the United States in this (2016) election.  That Donald Trump welcomed that attack, benefited from it and then - the last couple of years - tried to cover it up every possible way. "

Judge Amy Berman Jackson has now demanded release of the Trump obstruction memo while castigating Barr for willful misrepresentation, i.e. that Trump committed no crimes.   Again, the liars are on the Reepo side, and its media enablers like Ingraham.

Ingraham then whined about why Liz Cheney is bringing up Trump and the insurrection, Big Lie  again when both Reep House and Senate Minority leaders "want to move past it"  and "the so-called insurrection".  Well, that's exactly why we defend and applaud Liz Cheney - because she's one of only a few truth tellers in the damned Reep party!  One thing we can't do is allow Trump's twisted bullshit of saying the "Big Lie" is really the Dems's big lie (Biden winning) to gain any oxygen or traction.

It has to be slammed down every time it's mentioned which is why it's important today that Facebook's Oversight Committee vote to ban Trump for good, at least until he croaks.   As Adam Conner, former Washington Facebook chief noted on ALL In  last night  Trump used this social media platform as a tool to whip up the insurrection - messaging his lies 2, 800 times over two months.  So long as the orange maggot is alive he cannot be permitted to use that tool again given - as Conner said - he is "a clear and present threat to democracy.".

The news now coming in this a.m. is that Facebook has continued to ban Trump "indefinitely"  from using its platform to spread his lies. This is welcome,  but it remains to be seen if the GOP uses the decision to step away from political insanity.  Or chooses to dig itself into its psychotic parallel reality hole even deeper.

My bet is the latter until they fully implode, starting with being shellacked in next year's midterms.   As Michael Steele put it last night regarding Liz Cheney's speaking truth to power: "She's telling the GOP, Hey, you're all a herd going in one direction!  Off a cliff!"

That was confirmed not long ago on FOX's "Faulkner Factor"  when a Zoom-load of Repukes went ape shit about the Facebook ruling and it's "threat to free speech".  But the REAL threat was that mentioned by Trey Gowdy i.e. "We could have curbed Facebook using the repeal of Section 230 when we had all levers of government!"  No, you could not have, asswipe!  The reason is that the 1st amendment expressly prohibits government from restricting free speech. It does not prevent private entities from doing so.  As for Trump, he has the same access to free speech as I do and can start his own blog anytime, on his own website if he must.

The GOP is at a turning point. History is watching us.

Posted by Copernicus at 6:48 AM