As I wrote in my April 15  post we need a 1/6 Commission that covers every base the 9/11 commission did in regard to that atrocity.  Given the obstructionist, pro-Trump Republicans refuse to cooperate the House Dems need to form a select commission to investigate the events of that sorry day - and go ahead without any GOP input.

The Dems have already bent over backwards to appease these traitor Trump ass lickers.  They had agreed to several concessions to House Minority leader Kevin McCarthy under the belief he would support the deal, only to see him slam it publicly because it did not study unrelated “political violence” on the left.  Which is bull pockey and merely an excuse - given whatever "violence" occurred on the left did not entail overthrowing an elected government and halting a peaceful transfer of power.

"After careful consideration, I’ve made the decision to oppose the House Democrats’ slanted and unbalanced proposal for another commission to study the events of Jan. 6,”

Of course he would say that because the orange vermin ape traitor Trump - in an earlier text from his Mar-a -Lago hideout, had sent orders "do not fall for the Democrat trap."   In other words, do nothing that would remind decent Americans how he had incited a bloody insurrection that injured more than 140 D.C. officers and left 5 people dead.  Of course these miserable lowlifes want to sweep those events down a memory hole and "move past" it.  They know that "relitigating" and highlighting those squalid events could well sink their chances in next year's midterms - as they should.  As a piece in today's NY Times aptly put it:

"Their final opposition pointed to a colder political calculation now driving Republicans’ approach to 2022: that it is better to avoid a potentially uncontrollable reckoning centered on Mr. Trump and the false claims of voter fraud he continues to promulgate.."

Which is why the only sane move left for the Democrats is to go ahead with just a House Select Commission to investigate the 1/6 insurrection.  Doing nothing, walking away now because of no GOP major inputs, is simply not an option.  Not now, not ever.

Republicans’ Jan. 6 coverup is yet more evidence they are unfit to serve

AND:
Republicans
Time for the Cover-up: There's Only One Reason Why Republicans Oppose a Bipartisan Jan. 6 Commission
by Amanda Marcotte | May 19, 2021 - 7:30am | permalink 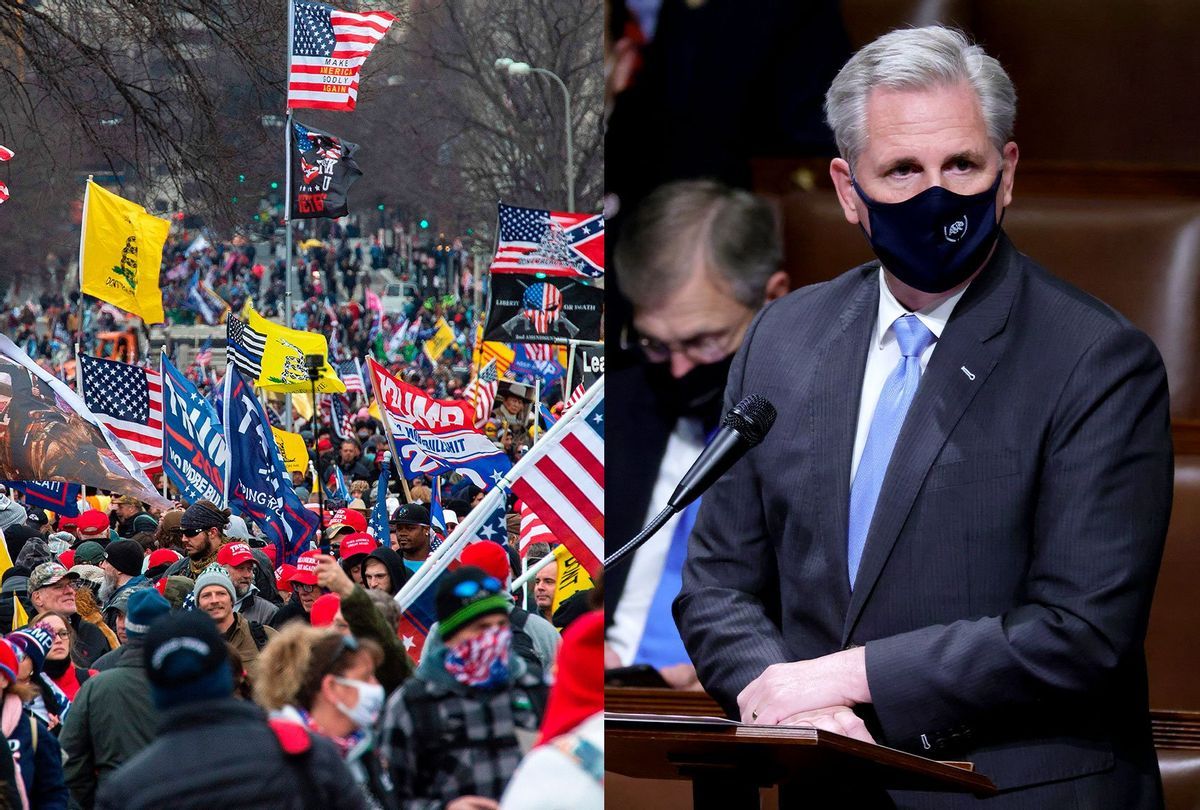 Dana Milbank: When the next attack comes, the blood will be on the GOP’s hands

Posted by Copernicus at 7:22 AM