This year, as I notified the doc in my recent Medicare assessment, I decided to get no more PSA testing.  The last result back in September showed it had gone up to 6.9 and at the velocity disclosed, it would be near 8.1 come this fall. Given I've already had two major treatments - one primary (high dose brachytherapy) the other salvage (focal cryotherapy)  and plan no more - there's no point getting any further PSA tests.  Also, that means the only option left to do anything is hormone treatments.  However, the doc assured me that given this cancer is "likely slow growing" the odds are I will croak of something else. 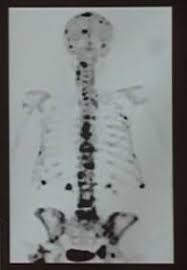 Or urinary-bladder blockages, then it would be time to go on to a hormone therapy regimen.  This is the advice of Dr. Patrick Walsh a urologist at Johns Hopkins, in his book Dr. Patrick Walsh’s Guide To Surviving Prostate Cancer’

Therein he wrote (p. 338):"If you have metastases to bone, bone pain, or a large mass of cancer that is obstructing your kidneys or bladder, you need to start ADT right now.    In this situation it's the right course of action - one that can make a huge difference in your quality of life and can protect your body from the ravages of cancer.But what if you have no cancer in your bones  and no sign that anything is wrong except a rising PSA level after surgery or radiation - or the presence of cancer in your lymph nodes- and you feel fine?   Many doctors would advise you to start hormonal therapy as soon as possible.  Others - and I'm in this group - believe that in most cases there is no evidence that starting hormonal therapy immediately, as opposed to later, will prolong life.Hormonal therapy does two things: it stops cells from making PSA, and it shrinks the hormone sensitive cell population.  Thus, a man's PSA falls and it takes longer for his bone scan to become positive for metastases.  But it doesn't stop the clock. The hormone insensitive cells keep right on growing silently."

The last sentence makes an important point, and as Dr. Dr. Walsh goes on to elaborate:“A drug or hormone therapy that targets only one kind of cell won’t have any effect against another variety so the one size fits all approach doesn’t work here. Plus some of these cells have learned to be resistant and to grow in the absence of male hormones…so the drop in PSA may be misleading. These are called androgen independent or androgen sensitive cells.”

Adding:
“When male hormones are shut off, the PSA making process may indeed stop, but this doesn’t mean the cancer cells are dead or have stopped growing.”

The problem with standard hormone therapies is that they include a raft of unwanted side effects, including gynecomastia, diabetes, cardiac issues, and cognitive haze.  A number of these are discussed in this short video:

A better alternative - fortunately - was approved by the FDA for use in advanced prostate cancer last December.  It's called Orgovyx   - and will be the option I turn to if and when needed.

The American Cancer Society estimated that in 2020, there will have been more than 190,000 cases of prostate cancer in the U.S. One of the treatment options for advanced prostate cancer is androgen deprivation therapy (ADT) , which uses drugs to lower levels of the hormones that fuel prostate cancer growth. Current FDA-approved treatments of this type are injected or placed as small implants under the skin. Indeed, for all older hormone treatments it means getting a regular injection at a medical office site.

Orgovyx by contrast  is an orally administered treatment so is more convenient.  It works by blocking the pituitary gland from making hormones called luteinizing hormone and follicle-stimulating hormone, thereby reducing the amount of testosterone the testicles are able to make.   With testosterone reduction the cancer's fuel intake is also lowered and hence the havoc caused by tumor growth - including metastasis. As the FDA report noted:

The safety and efficacy of Orgovyx was evaluated in a randomized, open-label trial in men with advanced prostate cancer. The patients randomly received either Orgovyx once daily or injections of leuprolide, another hormone-targeting drug, every three months for 48 weeks. The objective was to determine if Orgovyx achieved and maintained low enough levels of testosterone ("castrate" levels), by day 29 through end of the treatment course. In the 622 patients who received Orgovyx, the castration rate was 96.7%.

The most common side effects of Orgovyx are the usual associated with any hormone treatments: hot flush, increased glucose, increased triglycerides, musculoskeletal pain, decreased hemoglobin, fatigue, constipation, diarrhea and increased levels of certain liver enzymes. Androgen deprivation therapies such as Orgovyx may also affect the heart’s electrical properties or cause electrolyte abnormalities.

But the trials (and actual users' experience) have shown these are nowhere near the risks (e.g. cardiovascular)  caused by the other (injected) ADT options or hormone treatments (Such as Lupron or Casodex).

"Treatment with Orgovyx  was associated with a 54% decrease in any kind of significant cardiovascular event compared with leuprolide."

Several posters on the survivor forum to which I belong indicated they had switched to Orgovyx and found the side effects (SEs) much less pernicious than the other options, especially Casodex - which one guy admitted caused such breast growth he had to resort to surgery to get the unwanted tissue removed.  (For this reason most treatment centers - before commencing these older hormone treatments- advise getting radiation directed at the breasts beforehand - called "breast bud radiotherapy".)

Orgovyx, by contrast, removes this embarrassing aspect, at least as reported by those on the Team Inspire boards.  So for now I am taking it one day at a time, and simply noting any previously unseen or unnoticed problems.

Also, I read years ago a study that said if you had metastasis to the bones, there is a benefit to chemotherapy. It doesn't prolong life, but it reduces the pain.

Actually, administration of Radium 223 is the go to method of treatment now for severe pain owing to mets.