Repukes Block 1/6 Commission With 35 Votes (Vs. 54)? Now Is The Time To Go With Select Committee 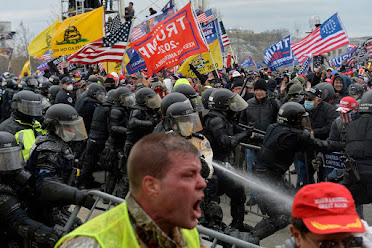 Insurrection bedlam: Repukes don't want a bipartisan commission because they know they will be toast in next year's mid -terms if they allow it.   Well, here's a newsflash: They will anyway!

"Most of us know what to do, we have to end the filibuster!  Nothing can go forward until that happens, and there are two Democrats who won't let us do that. "  -  Elie Mystal,  last night on All  In.

"If the Democrats cannot now come together and get rid of this ridiculous, absurd,  archaic, anti-democratic filibuster,  they might as well give up on politics.  Go be accountants, or realtors, or Uber drivers....but don't do politics   This is a historic moment.  Someone told me you can't say 'fascism' in the U.S. because that implies people have armed militias and don't believe in elections. Guess what we discovered in the last six months?  The Republicans don't believe in elections and they do have armed militias. So the Democrats really need to match actions with rhetoric. "-  Mehti Hassan, last night on All In

In their latest scurrilous display, putting party over country, Senate Republicans-   using just 35 votes-   blocked the creation of a bipartisan, independent commission to investigate the Jan. 6 assault on the U.S. Capitol by a pro-Trump mob.  This was  after GOP Minority leader Mitch McConnell urged colleagues to reject it.

The bill needed 60 votes to advance in the evenly divided Senate, thanks to the chamber’s longstanding filibuster rule. That meant 10 Republicans would have had to vote with all 50 members of the Democratic caucus to allow the bill to proceed. Only six did, and the legislation fell short, with 54 votes in favor, 35 against and 11 senators not voting.  Among the eleven were 5 potential Republicans and one Dem  (Kyrsten Sinema).

The Senate had originally been scheduled to vote on the commission Thursday but procedural delays on separate legislation forced it into Friday. Sens. Murray and Toomey said Friday that they had missed the vote because of family obligations, but they would have voted yes.

Recall, the House authorized the creation of the commission last week, 252 to 175, with 35 Republicans voting with Democrats in defiance of House Minority Leader Kevin McCarthy (R., Calif.) and Mr. Trump. But without Senate passage, the commission can’t be established.  However,  a select committee can - and must -  given this is worst violence since the Civil War.

Senate Minority Leader Mitch McConnell (R., Ky.) had declared his opposition to the commission before the vote, calling it a political exercise. He suggested that Democrats would weaponize the commission against Republican candidates to keep the controversy over former President Donald Trump’s actions before and during the riot at the forefront of next year’s midterm-election campaigns.  Mitch somehow missed the memo that the GOP's own actions in helping to foment the insurrection brought shame on themselves, including trying to abort the peaceful transfer of power via electoral college votes certification - which continued even after the insurrection.

McConnell, aptly referred to as "diabolical" by Nicole Wallace on her MSNBC 'Deadline White House', proved again why he's a consummate coward and two-faced hypocrite. The same imp  who declared days after the insurrection how Trump was responsible now turned tail and ran from a full accounting. (Which Yale professor Timothy Snyder said on the same All In is absolutely essential).  But McConnell insisted there was no need for a commission because Jan. 6 already was being investigated by congressional committees and by law enforcement. Never mentioning that those domains will not cover one tenth the aspects a full blown commission would (analogous to the 9/11 commission)  Instead the guppy -faced loser and Trump appeaser had the nerve to spout:

“There is no new fact about that day that we need the Democrats’ extraneous commission to uncover,”

Actually, there are a number of questions, including:

1)  Why did Pentagon chief Chris Miller sit on his hands for hours while the violence raged instead of ordering in the National Guard?

2) What were the specific communications between Trump - sitting in the Oval office watching the violence on FOX -  and Kevin McCarthy and others?

3)What messages did Trump send (e.g. to Chris Miller)  to prevent the expeditious deployment of troops to stop the insurrection?

4)What messages did Trump send that directly threatened Mike Pence, prompting Dotard's MAGA supporters to bring a functional gallows to the Capitol to hang Pence?

These and many more questions need to be answered, not swept into a memory hole like Mitch wants. As Timothy Snyder said last night:  "We can be maximalist about the truth, about finding out what the truth is.   That's not a polarizing thing necessarily.  Other people who may be wrong about things, say they believe in the truth.  The difficult thing in a democracy is you have to simultaneously stand for the good things and you have to fight the good fight. You have to do both at the same time. "

But the Republicans in their quest for power have shown themselves incapable of either with their filibuster of a bipartisan commission. They do this in order to appease and mollify a mentally unhinged base, who -  as media specialist Robert Jones pointed out on All In last night-  embrace: the Satan-worshipping pedophile conspiracy (23%), the "Storm" conspiracy (28%) and believe violence may be needed to "save the country" (28%).   So the Reep filibuster to kill the commission was really an homage to these degenerate, white evangelical nationalist driven memes.

Democrats could impanel their own special congressional committee to investigate the events surrounding Jan. 6, but party leaders, including President Biden, have said they prefer an independent, bipartisan probe, modeled on the investigation carried out by the 9/11 Commission following the 2001 terrorist strikes.  Trouble is, it isn't going to happen. Not now, not ever.  As the WSJ's Dan Henninger put it (WSJ, May 27, p. A19):  "It takes a lot of cheek to expect that Republicans would now erect a scaffold for their own hanging by a January 6th Commission."

He was basically correct.  The televised scenes from the Commission -  with repeated references to the horrific violence of the Trump mob -  would remind millions of voters why Trump is bad news, and  a bad actor with the potential to irreparably damage that party....er, cult. As even Henninger had to admit (ibid.):

"Many Republicans and conservatives know that their Trump problem is that if he runs again in 2024 they will lose again.  They know that Mr. Trump sat on his hands for hours in the White House while the violence raged in the Capitol and he remained largely mute on that repellent event."

He was absolutely spot-on correct. As was Elie Mystal,  last night on ALL In.  That was when he declared: "The attack we saw on the Capitol was a white, domestic terrorism attack. And the white people who are our leaders were not as afraid of that as they were about Muslims after 9/11."

Sadly, the political cult which has organized itself to block a 1/6 Commission to investigate that event is comprised of such white domestic terrorists.  Terrorists who would trample on the Constitution and our democracy for the sheer sake of grabbing unearned power.  If the Dems are serious about politics - as Mehti Hassan pointed out (see his quote at top), they will now set up a Select Committee to pursue the 1/6 investigation.  Let the Reeptards squawk all they want about "partisan witch hunt", they brought this on themselves by trying to avoid mid-term damage.  The irony is that their brand of cult will be permanently damaged anyway, as it should be.  This will be after all the dirty linen is hung out,  compliments of the likes of Josh Hawley, Ted Cruz and their insurrectionist traitor comrades  all nicely captured on videos.

Senate
McConnell Killed the Jan. 6 Commission, and Manchin and Sinema Let Him 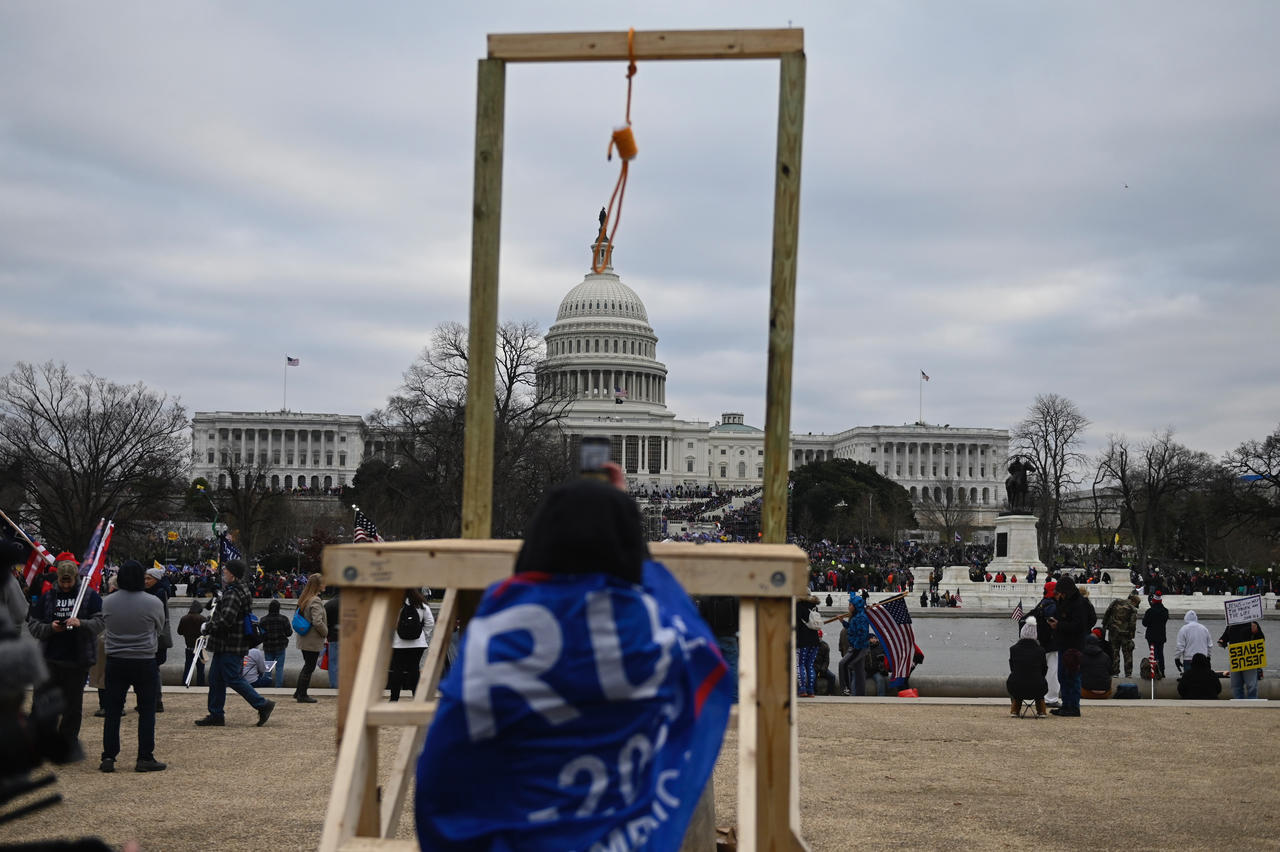 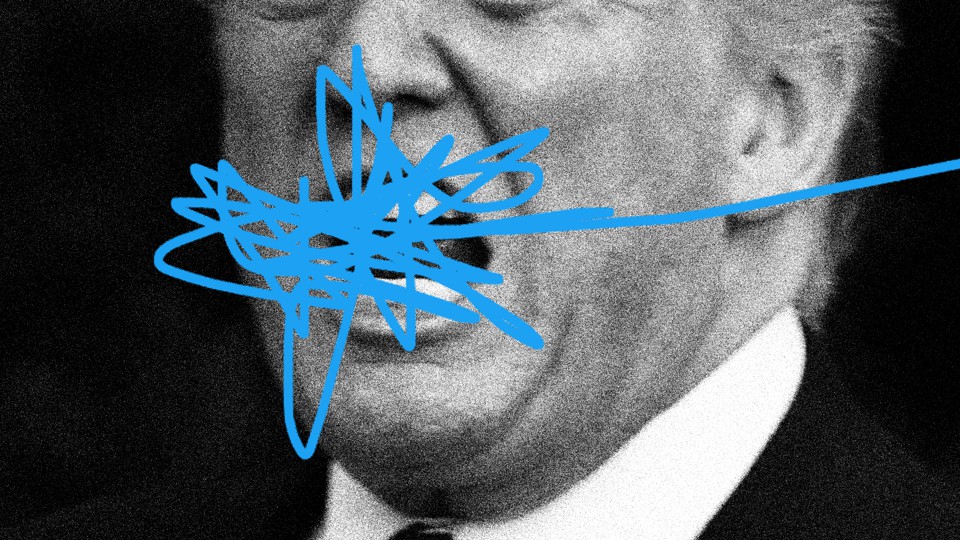 Democrats | Senate
Here's How to End the Filibuster and Protect Democracy 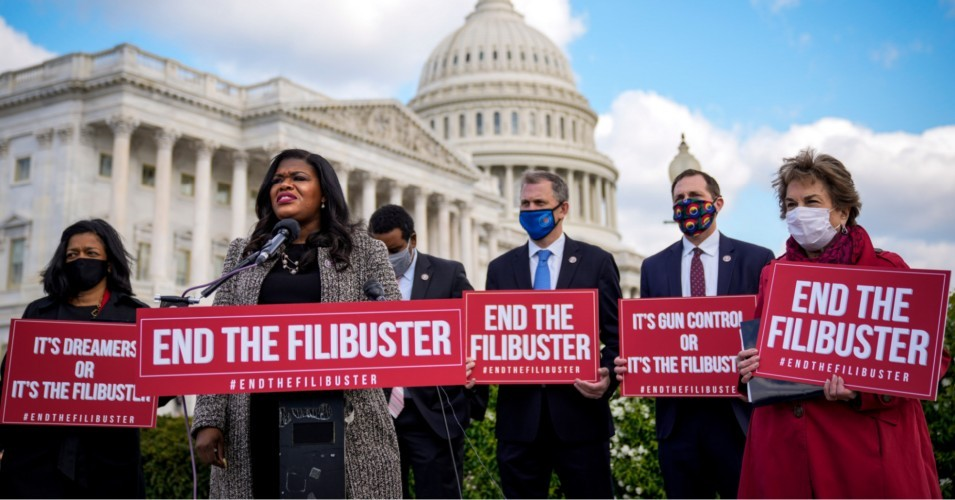 Code Red! Unless the filibuster is eliminated—at the very least as it pertains to Voting Rights and Civil Rights laws—what’s left of American democracy is dead. The Republicans will suppress the vote and gerrymander elections to guarantee a Republican Congress, President and Supreme Court of, by, and for the minority.

Posted by Copernicus at 9:06 AM