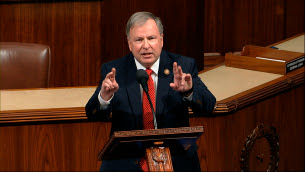 The  'Defense doyen'  of the Springs, continually re-elected because of the military welfare he provides,  is Doug Lamborn.  He's now in competition with Bimbo Boebert to determine the most deplorable Colorado Reepo Rep.   This is the character once quoted  in  The Denver Post  (in 2013) as vowing to chop any and all entitlements - including food stamps for kids - if it meant protecting defense spending.  In the immortal words of Rep. Lamebrain:

"When you read the Constitution, defense spending and national security is mentioned more than anything else. It's the highest priority so it will be my highest priority."

Actually, the general welfare (not military welfare)  trumps that - and is mentioned first in the Preamble.  See e.g.

But Doug Lamborn is easily the most ignorant, craven, useless POS to ever grab power in our state.  Worse, this lowlife hails from my county (El Paso)  whose military vets appear blinded to his failings, like most are to Trump's.

Some  may recall that back in 2014 this walking, talking turd wanted to slice Medicaid and food stamps for poor kids in order to feather the nest of the Pentagon.  At the time this was for expansion of already extensive military bases etc. near Colorado Springs.  More recently, the miscreant mutt was almost eliminated from the GOP primary because of flouting Colorado law. To wit, a candidate may get his name on a primary ballot if he manages to get at least 1,000 signatures from likely voters- but these must be residents.

Problem was that Lame brain used a lot of out- of -state folks to garner signatures.  A legal case was brought, lawsuit filed, and the Colorado Supreme Court agreed, kicking him off the ballot. However, the slimy little dirtbag took his case to federal court (which we know is stacked with Trumpie appointees) and argued that the residency rule for signature gatherers in Colorado was unconstitutional and "violated" his free speech. The federal judge (Philip Brimmer) agreed and tossed the case out so we're saddled with this shit head again.

Why the hostility? Because Lamborn is a  punk and a pawn of the military industrial complex and values his own re-election  and self-interest over any concerns of citizens in his district. I have personally  written him no less than six times over different issues and received not one reply. Being "too busy" doesn't cut it because the sleazy little ratfucker doesn't do any work anyway. At least nothing anyone can see, other than pandering to his special interests to keep paying his freight.

Stymied in expanding a DOD land takeover (for a training base)  here in the Springs, the imp then conceived the whole Space Force idea.   Dotard Donnie claimed it was his bonehead idea but it  was originally Lamborn's,-   hatched in order to grab more money in campaign contributions  - from defense contractors.

For reference, the knuckle dragger GOP House previously approved the creation of a "Space Corps"  inside the Air Force. Trump's alleged novel brain fart at a meeting of the National Space Council basically copied Lamborn's.  At the time reported  (Denver Post, May 14, 2018) Lamborn insisted "I don't care what we call it, or what it looks like as long as we make space the priority in the Department of Defense that it deserves to be".

But as I pointed out in earlier blog posts, the whole Space Force farce was mainly a lousy takeoff on the old Reagan "Star Wars" program with a few tweaks and updates on techno-weapons.   Recall the whole SDI sham was basically ripped to shreds in an extensive paper in Reviews of Modern Physics,  e.g.

The study basically took apart the SDI  piece by piece  with no fewer than 26 major  deficiencies identified on everything from the weaknesses of the proposed lasers to shoot down the incoming missiles (too weak by several orders of magnitude) to the problem of identifying the targets "at sub-micro-radian resolution"  in the boost phase  to "lack of precision tracking via active sensor systems" and the ease with which any missile  interceptor design can easily be thwarted, say by use of dispersal of million of reflecting, metallic decoys.

There is absolutely NO assurance, zero,  that anything different will be achieved with this Space Force codswallop. Indeed as reported (WSJ. June 19, 2018):  "The move by Trump was  despite strong objections by senior civilian and uniformed military leaders."

Lamborn, having shot his last futile round, is now in trouble on another political level.   This is connected to his having mocked the virus as a "hoax" and actively discouraged safety protocols in his office. Indeed, the wretch went so far as to even sleep in his office when sickened himself with the virus, warning staffers not to tell anyone.  Especially Nancy Pelosi!

Lamborn's current problems -  gleaned from  emails obtained by The Denver Post’s Conrad Swanson-  partly stem from  complaints about his Covid and other behavior filed in a lawsuit  by a former staffer.

This time the complaints are not only deplorable but downright embarrassing.   They include  (according to the Post's findings):

•Lamborn’s son allowed to have lived for a short time in a storage area in the U.S. Capitol’s basement with permission of his father.

•Lamborn asked the federal employees working in his office to run errands for him and his wife and to help his son with a job application for federal jobs and interview preparation.

•Lamborn pushed for employees to give him and his wife presents for Christmas and birthdays.

•Lamborn was so lax about safety protocols around COVID-19  in his office that staff suffered a large coronavirus outbreak, and then he retaliated against an employee who was trying to protect others.

Typically and in conformance to his M.O.,  Lamborn has said that these complaints are untrue and are coming from a disgruntled employee, but emails have backed up some of the concerns.  Also,  Lamborn himself did not deny that his son lived in the storage unit saying on Colorado Public Radio Friday morning: “I gave my son temporary housing as my guest because the housing market in Washington, D.C., is very tight.”

Puh-leeze!  Why not just admit your kid is another wannabe two bit,  Reepo grifter?

Swanson also obtained an email with Dougie  telling staffers to chip in $10 (via cash or Venmo) for a gift certificate for the Lamborns for Christmas. Another email discussed the need for staff to  run personal errands for Lamborn’s wife.  Imagine:  A Reep rat ordering his Capitol staff to mutate into gophers.

We might  be more inclined to believe Lamborn’s denials if we hadn’t  seen similar complaints about this scumbag over the years. For example, in a 2013  article in USA Today we were made aware of the (legal) habit lawmakers have of paying relatives from their campaign funds (acquired via donations and not considered taxpayer dollars).  This piece highlighted the fact that Lamborn had paid his wife $33,000 to keep the campaign books and organize fundraisers. It was included as an example of some of the smaller questionable payments candidates had made.  Mainly of the Reepo species.

The Colorado Springs Gazette  (not exactly a liberal rag) then reported in 2015 that Lamborn again paid his wife more than $20,000 and also was paying himself interest on a $100,000 loan he made from his personal finances to his campaign.   I haven't checked but suspect somewhere there is a campaign donation violation.   Maybe not at the level of Dotard paying Stormy Daniels hush money, but close.

But perhaps Lamborn's most vile judgment surrounded the miscreant's  handling of the pandemic.  This is detailed in the lawsuit filed by former employee Brandon Pope who handled veterans affairs for the congressional office.  According to the filing obtained by the Post:

“Representative Lamborn had a reckless and dangerous approach to COVID-19 and he retaliated against Mr. Pope for seeking to protect employees,”

Pope went on to note that the virus spread through the office and basic measures to keep employees from getting sick were not taken.  The main reason is that Lamebrain regarded Covid as a "hoax", like the QAnon asswits.

Here in the Springs, we’ve long heard  that principled Republicans were going to mount a strong challenger to oust Lamborn, but up to now that hasn't materialized.  The usual  way it unfolds - i.e. in primaries - is the vote gets split between multiple challengers. This year, we hope to get rid of this pathetic asswipe once and for all, but that may take unifying around a single strong candidate - as opposed to letting 5 run and split the votes. If we don't get rid of this maggot it's quite likely he will outdo Boebert in the near future for Colorado's  most reprehensible congress critter.

One  hopes this time the evidence that this shameless weasel is mismanaging his office and misspending government funds will result in voters ousting him from the post. 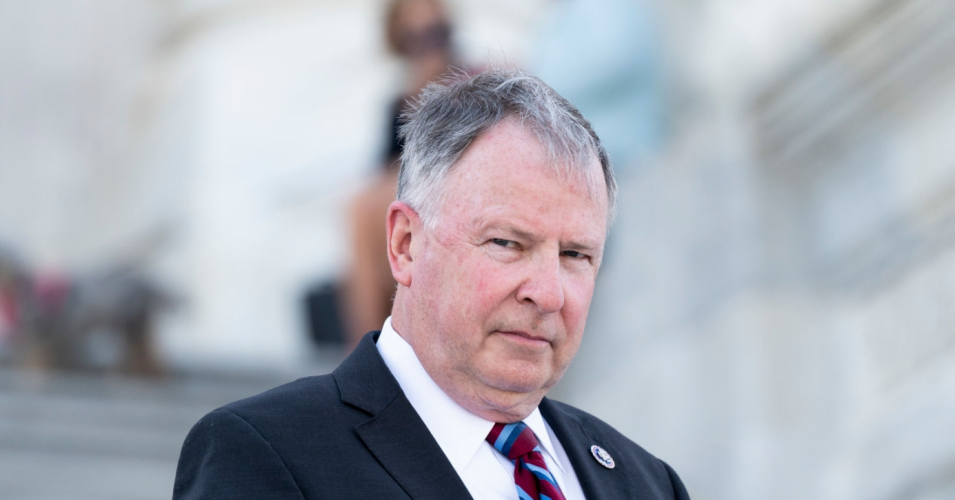 someone steps up for the primary and the folks are able to coalesce behind the challenger.