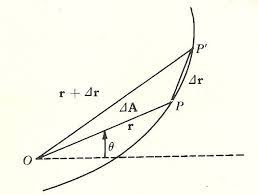 Kepler's 2nd law of planetary motion, i.e.  a planet completes equal areas of its orbit in equal intervals of time, is perhaps the most important of the 3 laws.  In assessing it the diagram shown is instructive.  In the first instance we have for the change in area, D A :

We can also use a "torque" model for radial motion,  in concert with the polar coordinates of a point mass, to further examine an orbit of radius r under gravitational attraction to the Sun,  viz: 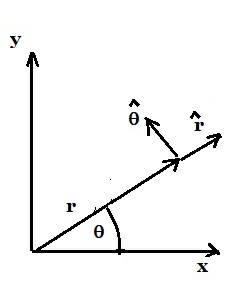