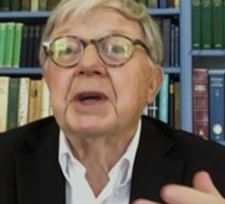 Lance Morrow: Loves the MAGA tribe 'cause they're free pirates.

"One is a swashbuckling 17th-century pirate’s tale, starring Errol Flynn and Olivia de Havilland; the other is a quasi-documentary melodrama, starring Henry Fonda, heartless bankers, vicious fruit growers and the Dust Bowl. Consider the two movies to be allegories that explore the difference between MAGA and Woke. Captain Blood captures the essence of MAGA—or, anyway, of MAGA’s slightly piratical idea of itself.  'The Grapes of Wrath' is a masterpiece of what might be called sentimental realism, heavily laden with Christian and socialist formulations. Ask yourself which of the movies speaks to your heart "

Okay, let's do that, Morrow. One - Grapes of Wrath- deals seriously with the human struggles of the Joad family during the Great Depression and the sacrifices made by each member.  The other, Captain Blood, extols the fantasy and false freedom of piracy laying waste to norms and raising chaos all over hell's half acre. Hey wait! That sounds just like Trump's MAGA tribe!   But see, what hack Morrow derisively calls 'woke' is actually a consciousness of the other's pain and limits to attaining expansion.  Charles A. Reich in his book, 'The Greening of America'.  first envisioned the path past false consciousness to entail evolution  through three stages he called:   "Consciousness I,  Consciousness II, and Consciousness III".

Consciousness I identified with the nation’s early self-reliance; Consciousness II  associated with the New Deal era; and Consciousness III marked an unshackling from the stifling moral constraints of the 1950s, focusing on spiritual fulfillment. In today's context that fulfillment - independent of religious affiliation- would have recognized Trump's total lack of any moral compass and hence his unfitness as a leader.   The MAGAs, whose "freedom" Morrow likens to the pirates' of old, are as bankrupt of moral compass for not seeing Trump as dysfunctional, which means acting on that perception too.  Hence, in Reich's terminology, they are imbued with false consciousness.

The Joads, then, demonstrated the self reliance and Consciousness I, which Morrow dismisses as "sentimental realism".  But to me, that is exactly what appeals and speaks to the heart.  At least a human heart, as opposed to an ape heart.   To fix ideas, Charles Reich's description (op. cit, p. 392) of the unaware or 'unwoke' in the 1960s matches the millions of MAGAs in the regressed mind warp today, under the spell of Trumpism.   It also embodies what is false freedom, because it operates under a false consciousness, i.e.

"He is unable to understand his society, unable to vote in a responsible way, unable to communicate with his own children or to understand their culture. He is allowed to become human wreckage because his mind stopped growing while all the elements around him moved ahead."

Yet Morrow, in his own deliberately chosen false consciousness, ignores this - writing:

"The Rorschach value of “Captain Blood” and “The Grapes of Wrath,” as applied to the 2022 elections, depends upon your thinking of them not as literal models but as self-sufficient myths, outside time: as attitudes— as fantasies of the self in its relation to power or powerlessness."

In other words-  and comporting with the rest of his deplorable piece-  voting MAGA and embracing the fantasy of false freedom on offer from the GOP. A false freedom on 'steroids' thanks to gobbling Trump's abominable lies and QAnon offal, as laid out by NY Times' Michelle Goldberg, e.g.

writing about the plight of 21-year old Rebecca Lanis, whose dad - Igor - fell into the pit of QAnon conspiracy ideations:

Lanis described how her father had fallen down the QAnon rabbit hole after the 2020 election. He wasn’t violent, however, until the morning of Sept. 11, when he shot her mother, her sister and their dog, and was then killed in a shootout with the police. Lanis’s sister, despite being shot in the back and legs, survived. Her mother and the dog did not.

The killings weren’t the first to be linked to QAnon radicalization. Last year, a 40-year-old California man confessed to killing his two young children; in an affidavit, an F.B.I. agent said he “explained that he was enlightened by QAnon and Illuminati conspiracy theories” and had come to believe that his children had serpent DNA... .

The existence of the Reddit forum where Lanis posted, QAnon Casualties, is itself a testament to the way QAnon destroys lives. Which is why Trump’s embrace of the movement is not just dangerous, but cruel.  Trump has long played footsie with QAnon, whose adherents prophesy an apotheosis, or “storm,” in which Trump is returned to power and his enemies rounded up and executed...

But in recent weeks, as Trump’s legal troubles have mounted, his endorsement of QAnon has become more forthright. On Sept. 12, he reposted an image of himself wearing a Q lapel pin and the words “The Storm Is Coming” on his social media platform, Truth Social. An Associated Press analysis, published on Sept. 16, found that of nearly 75 accounts Trump has reposted on Truth Social in the past month, more than a third have promoted QAnon.

“What he’s doing on Truth Social is a massive escalation,” said Mike Rothschild, author of “The Storm Is Upon Us"

This sums up the destruction of freedom that awaits for millions if the MAGA tribe's "pirates" gain control of congress in the midterms.  It will be hell to pay, and 'Katie bar the door' - especially for the most vulnerable in the society. Was Mr. Morrow  not aware of any of this before embarking on his shameless "piracy Rorschach" bunkum? Short answer: he likely was aware but simply doesn't give a damn.  After all, he's being paid handsomely (by the likes of Rupert Murdoch) to use what scant literary skills he has left to scribble trash.  He'd already penned an earlier column extolling the Trump tribe as the "true lovers of freedom" while ignoring the fascism within:
WSJ Hack Lance Morrow Gets Fascism 'Backwards'
All of which is a cautionary warning, that large swatches of the media cannot be trusted as election fever heats up toward November 8th As WaPo columnist Jennifer Rubin has written:

“The cynical GOP leaders who know that Trump is unfit for office and that many of his cult followers have become violent and should not be treated as ordinary party hacks. They are enablers of a dangerous movement. Yet they continually evade persistent, aggressive questioning.

This reached a nadir with ABC's gig reporter Martha Raddatz who actually claiming Biden was "spreading hate" after his Labor Day speech which I praised on its timing before the midterms, e.g.

Biden's Timely Message: If You're For Democracy You Can't Also Vote For MAGA Republicans

Yet none of the major networks had the insight or courage to televise it, deeming it "too political and not of national concern."   Confirming again the corporate media is a hostage to the "both sides",  false equivalence tropes. This is exactly why too many in our nation can't discern  genuine freedom from its false twin that claims - like Morrow does - it's attainable without any responsibility.

The Joad's, in Steinbeck's 1940 novel 'The Grapes of Wrath', demonstrated responsibility as citizens - despite being economically deprived and suffering in the Great Depression. The same can't be said for Trump's QAnon-MAGA Tribe who would rather kill opponents based on specious, vile lies regarding 'Lizard people" DNA  and stolen elections.  Just like bloodthirsty pirates of old which Morrow holds in such high esteem, as he does the fascists.

Think I'm exaggerating the threat? According to the statistic source FiveThirtyEight, out of 552 Republicans on the ballot in 2022, 201 have stated that the 2020 election was stolen, or taken actions to overturn the results. Another 61  have "raised questions" about the outcome - this despite several bogus audits, in these states, e.g. Arizona, found at the end Biden was still the clear winner.

Perhaps the biggest Morrow detraction (shared with other imps, including Bill Maher) concerns the crazy denunciations of the 'Woke mob' and "cancel culture" - which at least to Morrow proved the MAGAs were more about "freedom".  Not so. The  logical error made is in the claim that freedom of speech is equivalent to freedom from criticism. It isn't.

Any red-capped MAGA - or Lance Morrow  - has the right to say whatever he damned well pleases no matter how offensive, ignorant, stupid or outrageous. But if I deem it effluent and respond in an acerbic, biting or highly critical way that is my right.  That's the funny thing about freedom of speech, it cuts both ways. Something that Morrow and the MAGAs ought to process before they next go bonkers claiming there exists a "woke mob" out to "cancel their freedoms."

No, not at all. Those of us deemed more "woke" simply want the MAGA cohort to grasp that when its denizens - whether in the media, on Reddit, 4chan or wherever  -  spout bollocks there is the implicit potential for harsh criticism.  That is not the same as cancellation.

Make no mistake: Donald Trump is effectively on the ballot in the midterm elections, five weeks from tomorrow (voting has already begun in several states). Even if he decides not to run, he’s laying the groundwork for authoritarianism.

In the upcoming midterms, 60 percent of us will have an election denier on our ballot, most of them endorsed by Trump. In the key battleground states of Arizona, Georgia, Michigan, Minnesota, and Pennsylvania