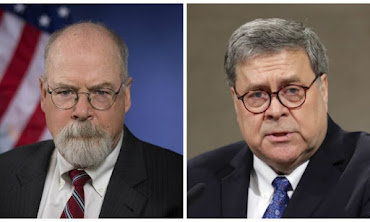 The two clowns that have cost U.S. taxpayers millions via bogus investigations

But fueled by Right wing desperation, vengeance and derangement,  Durham continued his crusade, against Igor Danchenko.  But we learned yesterday (WSJ. p. A5,  Russia Dossier Source Cleared Of Lying to FBI) his dog and pony DOJ sideshow has ended after Danchenko was acquitted for lying to the FBI. This has now left the Bill Barr -appointed Bozo with losses in both recent cases after a years long Trump- dictated "inquiry" into the investigators who assisted Special Counsel Robert Mueller in his probe. It was simply a case of "investigating the investigators" because Traitor Trump couldn't handle being shown to have conspired with the Russkies to get elected in 2016,  e.g.

The new gambit: Claiming key Russia probe data was ‘made up’ - The Washington Post

Durham’s thrust has become more clear. He apparently hopes to prove that Clinton’s team intentionally deceived the government to impugn Trump with allegations of ties to Russia.

But let's hope this is the end of the Durham clown show.  Will it be? Who the hell knows?  But I suspect if the Repukes take the House because of too many dumb or deranged voters unable to value Constitution over inflation, we may be in for it.  Look for endless probes and bogus investigations even as the renegades try to extort Biden & Co. to cut social insurance programs like Social Security.   The WSJ meanwhile noted (ibid.):

"Over four days in federal court outside Washington, D.C., Mr. Durham sought to portray Danchenko as fabricating one of his own sources and concealing another one when the Federal Bureau of Investigation questioned him in 2017 about where he obtained the allegations he provided to ex-British spy Christopher Steele, who was paid by Democratic operatives to collect opposition research on then-presidential candidate Donald Trump and alleged ties to the Kremlin."

But let's be clear those were not merely "alleged" ties, as Mueller had revealed  in Vol. 1 of his report:
www.justice.gov/storage/report.pdf
In tandem with this, none other than esteemed Harvard Law professor Lawrence Tribe was led to remark:
"What we have here is a situation where the Mueller report shows without any doubt that a hostile foreign power attacked the United States in this (2016) election.  That Donald Trump welcomed that attack, benefited from it and then - the last couple of years - tried to cover it up every possible way."
Mueller had also shown conspiracy and handed down an indictment against 12 GRU agents, e.g.
[Read the indictment here.]
A subsequent Senate intelligence committee report put the capper on the case, e.g.
“Volume 5: Counterintelligence Threats and Vulnerabilities,”
So it is kind of pathetic there ever could have been an investigation of the FBI or Michael Sussman or others associated with Hillary Clinton or the Mueller team.  Indeed, according to the WSJ piece, several FBI agents even rebutted Durham's claims and asserted they believed Danchenko had been truthful.
Danchenko's lawyer Stuart Sears, in closing remarks to the jury, said:
“The government was just trying to stretch the facts to make something out of nothing.  Mr. Danchenko was trying to help the FBI, and now they are prosecuting him for it,”
The jury agreed and after deliberating nine hours found Danchencko not guilty on four counts.  It's now past time to put this misconceived side show to rest, especially after Durham has blown $4 million since October, 2020. I mean good grief, this forlorn farce has now gone on four frickin' years or 2 years longer than the Mueller probe. And what has he got to show for it? Well two acquittals equaling bupkis, oh and millions of hours wasted.
See Also:
Donald Trump
The Durham Investigation Is a Flop — But Donald Trump Just Can’t Quit the Conspiracy 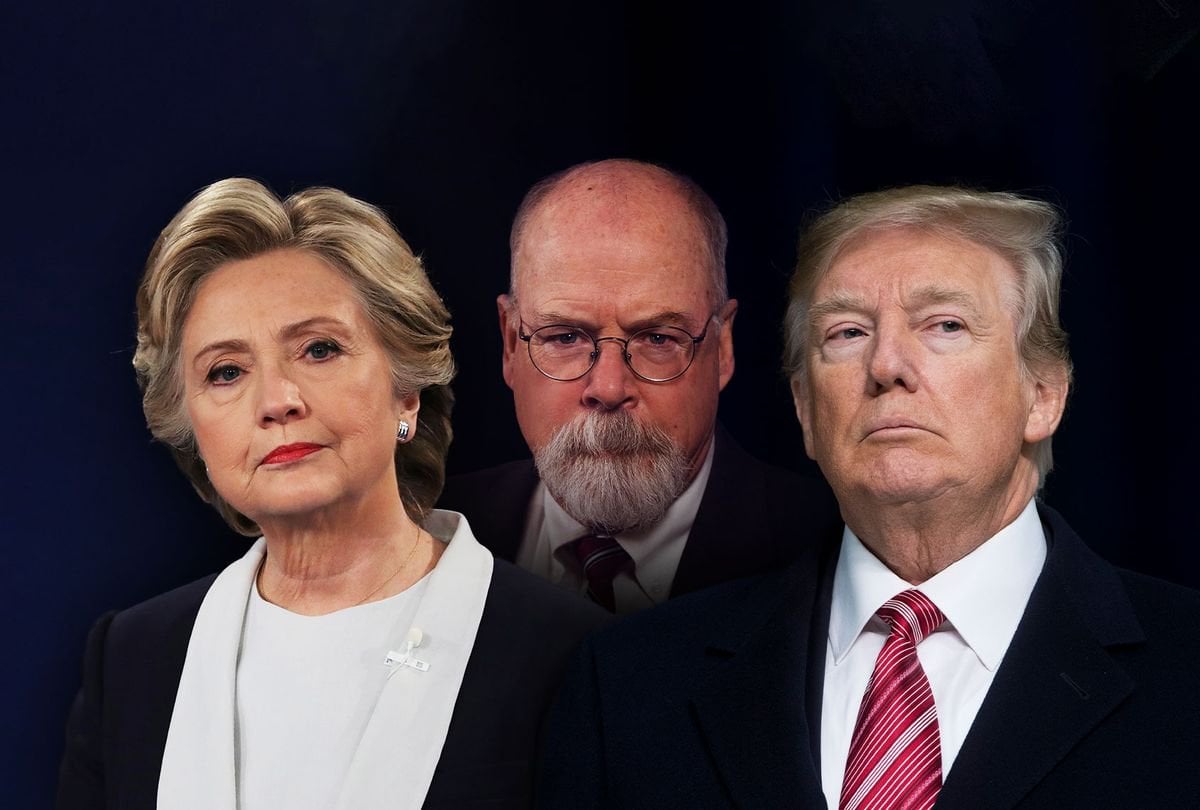 Posted by Copernicus at 5:17 AM