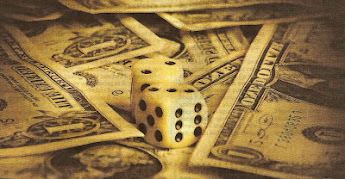 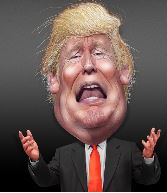 Yet further WSJ reporting ('Less Immigrant Labor In U.S. Contributing To Inflation',  May 7-8, p. A3) bolsters my original inflation solution, of bringing in more foreign labor and offering permanent residency. It also clearly shows how Trump and his insane anti-immigrant labor policies have significantly contributed to our present 'kitchen table' inflation, i.e. the increase in prices of food staples across the board.  But never mind:  the denizens of FOX -  with the power mad Reeps -  will keep pumping the lie that it's all on  Biden and his pandemic-related, infrastructure spending. No, it is not.  As the WSJ piece points out:

"After immigration to the United States tapered off during the Trump administration, then ground to a complete halt for 16 months during the pandemic, the country is waking up to a labor shortage fueled by both."

Indeed, had Trump and his cabal not been so antagonistic, short sighted and irresponsible in issuing H-2B visas we'd arguably not be in the mess we are now with too few workers.  And let's be clear Americans are not going after those jobs. which I noted in my Feb. 10 post, e.g.

"Americans were flocking to flexible gig jobs instead....The last thing they wanted was to be mired in an 8 to 5 or 9 to 6  $14/ hr. job flipping burgers, packing meats, or doing any other rigid drudge job that locked them into a routine, or worse,  traveling to agri - sites, farms to pick veggies and fruit."

The WSJ piece goes on to say that: "By some estimates the U.S. has two million fewer immigrants if the pace (of entry for visas) had been the same" and "this is part of the reason we have a labor shortage" - and hence inflation at the supermarket.  How so?  In the words of Univ. of California -Davis economist Giovanni Peri - quoted in the WSJ piece: "In the short run we are going to adjust to these shortages in the labor market through an increase in wages and prices."

Which is exactly what's transpiring. Trump blocked new immigrants entering even for limited periods, and doubled down on the shortage by implementing his wrong-headed 'Remain in Mexico' policy which federal courts are still upholding and which Biden is trying to get around. (The last ruling compliments of the notorious 5th Circuit in New Orleans that asserted that the Biden administration is bound by the regressive and unlawful Trump policy.)

But with so many Repukes dead set against any easing, good luck.  So from harvesting field crops, to meat packing, to crabbing and preparing seafood in supermarkets for ready sale, not enough workers. End result: wages have to be increased to lure enough interested Americans and then prices are raised to offset the wage increases. Inflation then spikes, and is amped up by prolonged supply side bottle necks, not to mention the Ukraine conflict affecting 1/3 of the world's grains.

Americans are also partly to blame for their kitchen table inflation misery. As the WSJ piece also notes: "A recent Gallup poll showed worries over illegal immigration at a two decade high."  This has led the two parties to back off any strenuous effort to change the status quo, what with the Mid terms looming in November.  With no major steps in the pipeline, grocery and other 'breadbasket' inflation is bound to continue.  Thank Traitor Trump for inciting so much fear about migrants, not only in his low I.Q. base but in too many swing voters, who've now become their own worst enemies vis-a-vis inflation.

Contrast this with Canada, which had a rational and sane leader (Justin Trudeau) during the pandemic.  As one read in a December 10, WSJ article (p. A6):

"Canada plans to admit a record 401,000 new permanent residents this year, about 60,000 more than pre-pandemic intake and expects to raise that further over the next two years."

These entrants also have been given the option to secure permanent residency, the same as my niece Inge (from Trinidad) did more than 35 years earlier. Let me also note here that Canada has a population of just under 38 million so by analogous proportion the U.S. would have to allow entry to 3.7 million immigrants to score a policy of comparable magnitude. Clearly, too many Americans fired up and terrified by the fears stoked by Trump - including bringing in more diseases, as well as Covid-  have left themselves and their pocketbooks hostage.  The result?  Canadians are seeing grocery inflation roughly 1 percent less than here in the U.S.

Never mind. I don't see us becoming changelings.  Thanks to Trump and his gang of Reep bigots and white nationalists the U.S. remains too riven by culture war politics and racism to respond logically and sensibly.  So even if all the Covid Omicron subvariants (like BA 2.12.) suddenly disappeared today,  it seems likely Americans - too damned many - will be more content with labor shortages and high inflation than to do something concrete to allow more immigrants in. They'd rather side with GOOPr asshole Rick Scott (FL) who is so demented he's called for Biden "to resign over inflation."  E.g.

The latest: Sen. Scott calls for Biden to resign over inflation

If that is the link to our misery and standard of sanction, maybe Trump should be hung by the neck for his role.  As for Joe Biden yesterday calling out the GOP rats and reminding inflation-infuriated voters what they can expect from the MAGA crowd, he wasn't wrong at all. Expect if too many dumb voters hand these traitors power to see food stamps cut, Social Security pared back (via congressional budgetary tricks), and even more rights lost (including to contraception) as well as access to abortion.

The Inflation Specter In Perspective -

Posted by Copernicus at 5:49 AM