"Religion is regarded as the common people as true, by the wise as false, and by the rulers as useful"
Seneca (4 BCE - 65 CE)"The world holds two classes of men: intelligent men without religion and religious men without intelligence"
Abu Al-Ahmad (973- 1057 CE)
"Did the head of the NRA really claim that gun ownership is a human right? I think he's confused. Health care is a human right, access to food should be a human right, and a place to live should be a human right.  But the right to carry a weapon that can blast someone to pieces? Not a right!"-   Facebook poster on Janice's group shortly after Uvalde massacre

People looking for a semblance of clarity, sanity and reason in the aftermath of the Uvalde massacre will not find it in Peggy Noonan's recent WSJ column.( 'Let Not Our Hearts Grow Numb', WSJ,  May 29-30, p. A15). In yet another bizarre effort  Pegs once more jumps the shark of realistic,  temperate and rational prose and ends up in Scribe Neverland.   She begins by offering such duncy chestnuts as:

"Democrats should stop using the manipulative, scare-quote phrase “gun lobby.” The gun lobby is a ghost of itself, done in by internal and external forces, and everyone in Washington knows this."

Baloney!  While it is true Wayne LaPierre's personal influence has fallen, the NRA remains a powerful unifier of Repuke gun nuts especially the loudmouths - like Ted Cruz - who want to keep giving the most powerful assault weapons to young punks so they can blow innocents away.   As a specific lobby the NRA also still is powerful enough to buy the compliance of Reep politicos by dispatching checks to their campaign coffers. We also know these coffers are inexhaustible and require constant replenishment and this largesse is not without cost.  As one read in the Sunday press (After shootings, NRA in turmoil, but influence remains)

The NRA's gold-standard endorsements are also sought after by Republican candidates, particularly in primary elections, where they serve as a cultural shorthand for what it means to be a conservative. Receiving a poor letter grade from the organization can be a major source of concern.

So hardly being a "ghost in itself" - other than in Peggy's febrile brain - it yet exerts powerful influence especially in ensuring no new gun control laws can see the light of day.

"The problem is Americans who feel immediate aversion to gun control because they don’t trust those who would do the controlling. The challenge isn’t “standing up,” it’s persuading...But persuade, do the work. It is always the hard work of politics. "

After nineteen  4th graders  have been slaughtered I'm sorry, but I do not buy the "persuading" malarkey. Unless you mean persuade imbeciles, morons and the certifiably insane and ideologically intransigent.  There is no way in hell one should have to "persuade" an American of even average intelligence that he has no pre-ordained "right" to own a weapon that fires bullets with a velocity 3 times the speed of sound.  As the Financial Times Weekend editorial notes:

“It is no coincidence that the incidence of mass shootings has risen dramatically since 2004 when the ten-year ban on semi-automatic weapons expired. Biden knows this better than anyone as he was co-author of the 1994 bill that put the ban in place..  In no other democracy is it remotely so easy for people to obtain mass killing machines."

Peggy does finally hit a right note when she says:

"And yes, move to ban assault weapons again, those sinister killing-machine weapons of war. We have about 400 million guns in America, do we have to keep adding these? Why don’t we just stop?"

Noonan is also right to tell Republicans their  "Policies must evolve to meet circumstances."   But then at the end she runs off the rails "puzzled by those who go through life without any faith or belief". Huh?  She writes:

"I continue in a kind of puzzled awe at my friends who proceed through life without faith, who get up and go forward without it. How do you do that? I tell the young: I have been alive for some years and this is the only true thing, that there is a God and he is good and you are here to know him, love him and show your feeling through your work and how you live. That it is the whole mysterious point. ."

How so, Pegs?  The only true thing? What have you been drinking? How do you reconcile such a fairy tale with dozens of innocent kids getting slaughtered by madmen the past ten years - since Sandy Hook?  The core problem of the apparent limitations of divine power (or attributes) was first enunciated by the Greek Materialist, Epicurus:

“God either wishes to take away evil and is unable, or He is able and unwilling, or He is neither able nor willing, or He is both willing and able.”
Mathematician John Paulos draws the key logical inferences (‘Irreligion’, p. 125) “To make the situation even more concrete: imagine a serial child killer with his thirtieth victim tied before him. Prayers for the child are offered by many. If God is either unable or unwilling to stop the killer than what good is He? It seems the usual response is we don’t understand His ways, but if this is so why introduce Him in the first place?”

Indeed. Because if God is incapable of intervening in the case of an innocent and on her behalf, or resists such action – then for all practical purposes He does not exist. It is therefore a useless exercise to introduce a deity at all. One could as well toughen his mind, admit there's nothing out there, and we're all on our own in a totally purposeless cosmos devoid of remorse or empathy for us. In fact, one major Torino 10 asteroid could obliterate us one time and nobody would be the wiser.  A Notre Dame Prof (Newland) writing a WSJ op-ed on Leibniz ('The Best of all Worlds') actually concluded  (April 7, 2010,  p. A15):

One unsettling consequence of Leibniz’s view is that God’s plans and purposes aren’t as human-centered as we might have believed. It is oddly wonderful to think the whole cosmos, even natural disasters, revolves around us, but that belief may already be hard enough to sustain given what we already know about the history and size of the universe.

But  to quell Peggy's "amazement" at the raft of unbelievers, it might help her gain a more nuanced view more in line with events and beliefs in any kind of deity.  Consider then a default position for the dedicated God believer like Pegs, though she may not like it.  It has the beauty and advantage of explaining the failures of protection – say of innocent children slaughtered by madmen, whether U. S. mass shooters, or Putin or Hitler – while also affording the believers something to latch onto.

I recall first encountering the concept in physicist Freeman Dyson’s book, ‘Infinite In All Directions’.  Therein, page 119, we behold the Socinian deity.  Basically, the difference between it and the typical “idealist” god concept (e.g. “infinite, all good, omniscient” etc.) is all the attributes are relaxed, not demanded. In the words of Dyson, who regards it as almost childlike:

The main tenet of the Socinian heresy is that God is neither omniscient nor omnipotent. He learns and grows as the universe unfolds.

Dyson  adds that the beauty of adopting this construct is that it “leaves room at the top for diversity.”    Thus, “as this entity grows to fill the universe it becomes as much a diversifier as a unifying force."  The problem is that as its conscious elements we have to ourselves grow into “its cosmic shoes” to make that happen.  In other words, the perfection of its attributes isn’t attained all at once but rather by increments via its conscious sub-units - often deemed "sparks of the divine" by assorted mystics, religionists.
An added plus of the Socinian perspective is that it offers at least a rudimentary solace to those believers who wish to make sense of horrific events like Uvalde, i.e. “God was there but just not completed or available enough at the time to effect an uber protective mantle.”   In this sense, an incomplete deity might allow for “evil” to occur (a separate post on ‘evil’ is in the offing) because it is not fully conscious of the good since most of its human components or elements aren’t.  “Evil” then emerges as part and parcel of a universe in evolution.  Did not philosopher N.M. Wildiers  (An Introduction To Teilhard de Chardin) give the classic response:

“Evil is part and parcel of a world in evolution, an incomplete world.”

But can someone like Peggy affiliate with  or accept any of these less -than  idyllic or perfecto god concepts? I doubt it because from her past scribblings it’s clear she’s not yet reached a level of rationality or emotional -mental maturity to appreciate them, far less accept them.  They are way too nuanced and she demands absolutes, like most naive believers.  But when she queries how others can possibly not believe in her absolutist religious vein (like in her WSJ op-ed), she might consider the alternative perspectives provided here.

The real irony is the religionists (like Noonan) failing to check their own bad players,  agents of alienation and especially white malcontents.  To quote Jennifer Rubin from her WaPo piece yesterday (‘It’s Time for Biden To Attack The White Grievance Industry’) :

“Our future as a tolerant, decent society ultimately may depend on White Christian communities’ recovering their moral equilibrium and support for American democracy, and rejecting the movement to turn churches into platforms for QAnon and white nationalism. But we cannot wait for an evangelical reformation.”

— from the Hartmann Report 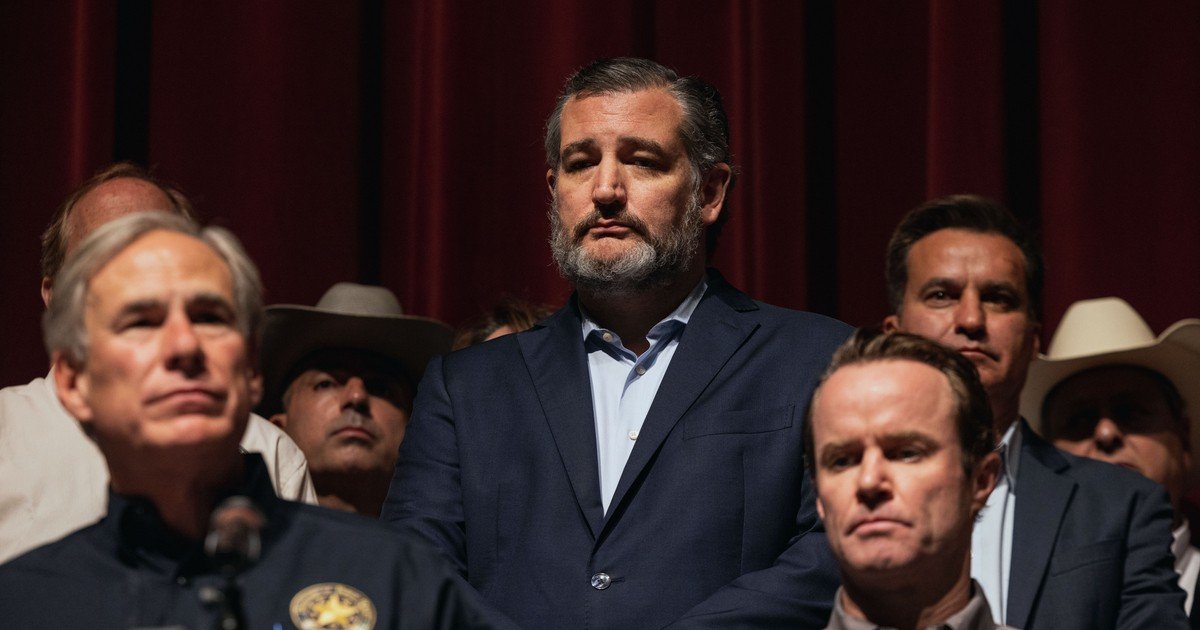 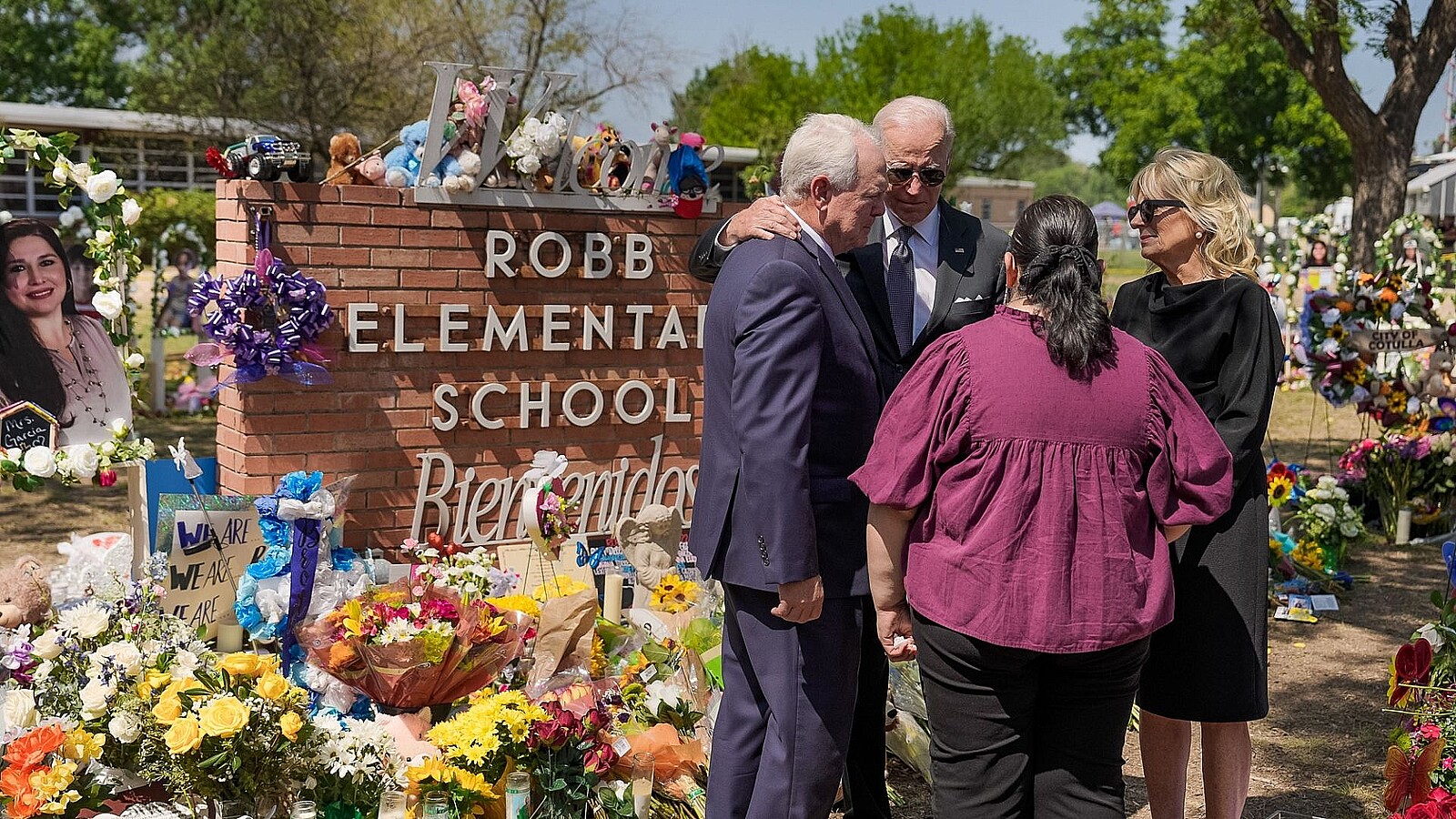 Authoritarianism breeds violence, and revels in its use as a weapon of fear, division, and terror. The Republican Party in its white supremacy incarnation now holds firm to an absolutist view of the second amendment and argues that freedom is synonymous with unlimited gun rights.