"The word 'repulsive' and so many similar adjectives comes to mind, after reading nearly 100 pages of the Supreme Court draft majority opinion in Dobbs vs. Jackson Women's Health Organization... The language of this draft opinion was saturated with hate, hostility and stigma....This is about the right to abortion care, but also so much more.  It is about who has the power to control our bodies. It's about who has authority over our decisions."  - Adrienne Mansanares, 'Abandoning America', Colorado Spring Independent, today..

Peggy Noonan, in her most recent grandstanding WSJ 'Declarations' column ('The End of Roe v. Wade Will Be Good for America',  p. A14, May 7-8) wants every woman in America to know they've made the wrong moral choice supporting Roe v. Wade.  Coming on like a latter- day Carrie Nation, 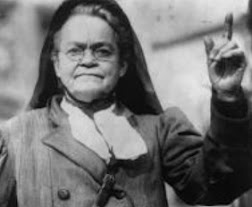 "I respect and agree with the Alito draft, didn’t think Roe was correct or even logical, and came to see the decision as largely a product of human vanity. That’s a baby in there, a human child. We cannot accept as a society—we really can’t bear the weight of this fact, which is why we keep fighting—that we have decided that we can extinguish the lives of our young."

Err...hold strain and hold the shrooms, Peg.  That is not a "human child" in there. It is an unconscious, pre-human entity without mind or will.  By contrast, we teach a human child manners, send him to school and warn him (or her) not to sass teachers or smack other kids. Oh, and to wash hands before every meal and after using toilets. A human child, in other words, has a brain developed enough to process these parental advisements and act on them, an unborn fetus does not.  Nor is abortion "extinguishing the lives of the young".  No, sending tens of thousands of 18-20 year- olds to a pretext war like Vietnam -  to be slaughtered on jungle battlegrounds - was extinguishing the lives of the young.  And the sentient.

But this is Miss Pegs mission to try to sow a high moral tone and sanctimony after she abuses the English language and logic to try to turn her irrational arguments into rational fare. She fails miserably.  Peggy, in other words, is one of those sanctimonious Reepos who believes in the sanctity of human life - but only up to the time it has to leave the womb.

Thus, the sanctity applies only up to the time the nascent being is sprung into a hostile world and requires extended natal care- and time for the care- as well as health care beyond that and proper nutrition. Thus only up to the point the nascent human and its family needs wider support via government programs - designed to help women (poor especially) as well as households already teetering toward economic ruin.  And perhaps already with too many kids because of inability to access effective contraception.

"Protect that unborn fetus at all costs!  But by God not one cent more after it comes out, it’s all on the parents then!  We just want our posturing political moment!"

But never fear, Pegs isn't done with her delusions, as she rants on:

A truly thinking country "righting it" must mean in the immediate wake approving at least-  at least  -  $4 billion in new monies for 4 months of PAID parental leave, for the new moms resulting in the coming years. I.e. to care for all those non-aborted tens of thousands of new babies.  Oh, and for the paid child care after that, in case all those moms want to work.  Also, for the free health care for the moms and all those new babies. If your Righteous Reep Tribe fails to do that and don't come telling me about a "thinking" or "feeling nation".

Peggy does seem to at least remotely get this, as she writes, evidently to the Mitch McConnell and Kevin McCarthy GOP yearning to take power:

"Use the moment to come forward as human beings who care about women and want to give families the help they need. Align with national legislation that helps single mothers to survive.

Support women, including with child-care credits that come in cash and don’t immediately go to child care, to help mothers stay at home with babies. Shelters, classes in parenting skills and life skills."

A fine parlance written with flair, but in the end empty rhetoric.  This is given the chances that if the GOP takes back congress it will pass any such legislation are slim and none. More than likely, much more, is that they will cut food stamps - the SNAP program - to pave the way to pay for another $1.5 trillion tax cut.

Another aspect that escapes Peggy's moralistically -embolized brain cells is that simply overturning Roe,  via the 3 SC Trump Twerps,  will not stop abortions.  Poor, desperate, mainly minority women - unable to travel to other states (like Colorado) -  will simply attempt the procedure on their own, resulting in their deaths and their fetuses.  If Miss Pegs needs a graphic reminder of abortion in the pre-Roe era, she ought to check out the film 'Happening'.  She will behold an early 1960s scene in which a young French woman attempts a DIY abortion using a knitting needle.

Peggy's aspirations for helping women - especially poor and minority - do count for something, I will give her that.  But she's still leaving her nasty traitor -insurrection tribe to fulfill them if they grab power again in the midterms. But I defy these GOP miscreants to follow them through. I doubt they will because they have zero interest in helping new moms, destitute families or earmarking any more federal money for other struggling Americans.

They're only out for naked power and empty moralizing, posturing. My proof? House Bill 813 in Louisiana is scheduled to be considered by the full state house, and if passed will prosecute for homicide any woman who has an abortion.  In Missouri, meanwhile, a draft law is being proposed which would criminalize any woman who travels to another state - like Colorado - to get an abortion, say if Roe v, Wade is overturned.

Meanwhile, Mitch McConnell - and other Reeps - already warned of wanting to have a national, federal abortion ban if they take the House and Senate back. They're not merely satisfied to let the states go their way. Also, many of these scumballs are now looking at going after contraception as well, which will force even higher demand for abortions if scuttled- and they know it.

Maureen Dowd actually historically nailed the moralizing and hypocritical GOP DNA when she wrote in her column last weekend:

Prissy Ken Starr hounded Monica Lewinsky, producing a seven-volume report that read like a panting bodice-ripper, full of lurid passages about breasts, stains and genitalia. The Pharisaic Holy Roller, who sang hymns while he jogged, became fixated on Bill Clinton’s sex life in a warped way."

And as for the Supreme Court five likely to overturn Roe:

"They are strict constructionists all right, strictly interested in constructing a society that comports with their rigid, religiously driven worldview. It is outrageous that five unelected, unaccountable and relatively unknown political operatives masquerading as impartial jurists can so profoundly alter our lives.

To borrow an image from the great Mary McGrory, Roberts seems like a small man trying to walk a large dog. At this point, he can’t even see the end of the leash."

So where can we put Peggy amidst this hostile brew of judicial bunkum? I'd warrant she's a well meaning (in a way) but clueless proselytizer for patriarchal control of all American women's bodies. Upholding the sentiments of one bunch of brain-jacked demonstrators embodied in the sign below: 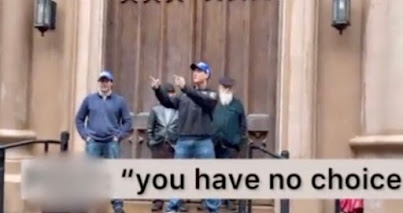 Soon to materialize if Americans are dumb and desperate enough to put these hypocritical, power hungry liars and jackals back in power. 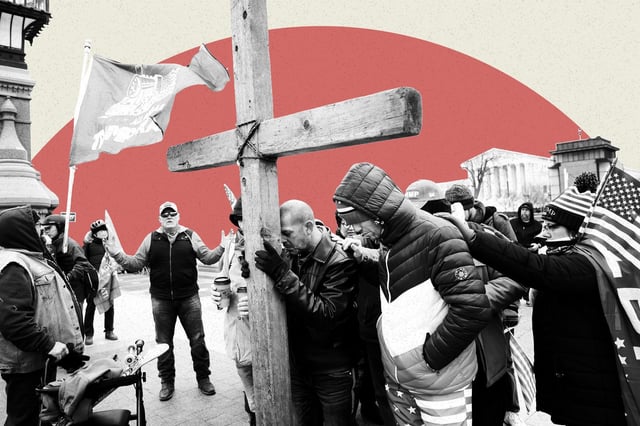 Under a Louisiana bill likely to become law when the Supreme Court overturns Roe v. Wade, a woman who has an abortion is guilty of first-degree murder. For this, she’ll face the death penalty or — if the prosecutor chooses leniency — life imprisonment and hard labor.

Some Republican abortion foes have called for a federal law along the same lines, criminalizing abortions nationally as homicide. 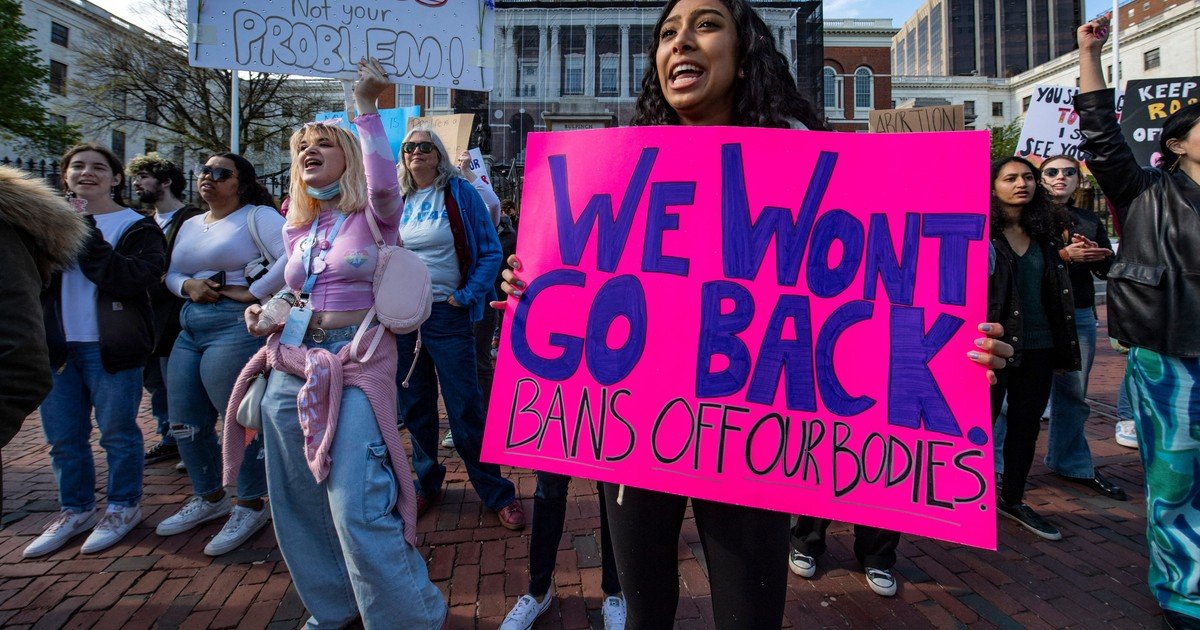