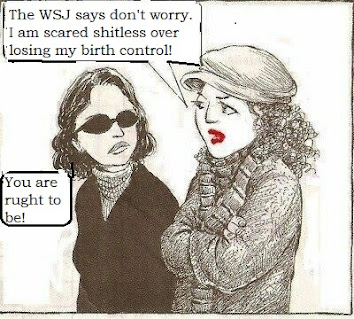 Well, it didn't take long for The Wall Street Journal editorial reactionaries to come out with an (unsigned) editorial warning all and sundry not to get over excited about the impending repeal of the right to abortion.  I refer  hereto the editorial appearing yesterday on p. A12,

"First, they ban abortion. Next will be a contraception ban. Then a ban on same-sex and even interracial marriage. Soon we will all be living in “The Handmaid’s Tale.”

That’s the parade of horribles that Democrats and the media are trying to sell Americans after the leak of a draft Supreme Court opinion that would repeal a constitutional right to abortion.

If Roe v. Wade falls, it “would mean that every other decision related to the notion of privacy is thrown into question,” President Biden warned Tuesday. “Does this mean that in Florida they can decide they’re going to pass a law saying that same-sex marriage is not permissible?” If we can borrow a word he likes, the President is peddling disinformation. The press is full of similar pearl-clutching about which precedent the Supreme Court might strike down next. Is it Obergefell (2015), which enshrined gay marriage? Griswold (1965), which overturned a state law prohibiting married couples from buying contraceptives? What about even Loving v. Virginia (1967), which guaranteed interracial marriage?

The correct answer is none of the above, as Justice Samuel Alito’s draft takes pains to emphasize…. Hundreds of thousands of Americans are married to people of the same sex. The Supreme Court isn’t going to invalidate those unions and disrupt so many lives. "

But no American in his or her right mind ought to buy into this codswallop.  I like the sheer gall embedded in the last line especially, regarding the interracial marriage, that this wildly fascist court won't "invalidate those unions and disrupt so many lives."  How the hell do the top Journal nabobs know?  And why should we believe a damned word they spout when they have a serious motive to minimize the threat?  This following the leak of the SC draft opinion (by Alito) thereby impacting the mid terms.  Taking the Repukes' focus off of the inflation boogey as a tool to 'bury' Biden and the Dems.  Of course they'd say that!

Besides, irrespective of the union of Clarence and Ginnie Thomas (a "white woman" as the WSJ points out) maybe these nabobs forgot that some rulings can leave out retroactive penalties, i.e. for unions already performed.  The same might apply to gay marriages.  Leave those already performed alone so as not to cause mass disruption, but nix any such further  unions, thereby taking the right away in subsequent instances - like they plan to take a woman's right to abortion away by June.

The other aspect that bears attention was raised by Chris Hayes on his ALL In show when he noted  the  antics of  "the notoriously conservative  Wall Street Journal editorial board - which is a kind of way station for conservative movement types" publishing an April 26th editorial, 'Abortion and the Supreme Court'.

In Hayes' words, regarding this editorial published 6 days before the leak:

"Looking back it sure seemed to have a real insider look at the court's decision making.  In fact they wrote that chief justice John Roberts 'seemed to be pushing for a middle ground that would not totally eviscerate Roe' , Saying 'if he pulled another justice to his side' he could write the plurality opinion that controls a 6-3 decision. If he can't then justice Thomas could assign the opinion and the vote would be 5-4.  'Our guess is that Justice Alito would then get the assignment."

"Wow!  How did they know that?  That's a real lucky guess! I mean where is all that coming from?  Where is all this inside knowledge of what he jockeying is around this decision?  Which again, as we listen to Ted Cruz, must be sacrosanct to keep inside the building. NO one can leak. So the Wall Street Journal board just guesses that Alito gets the draft assignment and he did get the assignment, and that was not public knowledge.  Their editorial continues:

"He may be trying to turn another justice now.  We hope he doesn't succeed for the good of the court and the country. They're putting pressure on the justices in real time, apparently on real time information. Now the column flew under the radar, but following the leak to Politico it sure seems more than likely to be a timely warning to conservatives on the court. It's a startling context to look back at it now in terms of a conservative leaker trying to lock the conservative justices in place."

Given Hayes' take, which is completely plausible though definitely paranoid, it seems more than logical to disregard all the huffing and puffing about a "liberal twit leaking" the draft- as the clueless clown Ted Cruz claims.  It appears vastly more likely a conservo clerk leaked it maybe under pressure from the WSJ editorial no names.  Who now, incidentally, want us all to believe that oh no, perish the thought! No more rights would be taken a way if this ruling is made. Women can sleep tight knowing they will still get access to birth control, and the ruling of Griswold will stand.  Oh and they can marry a guy of different race if they choose and Loving v. Virginia  will stand. To which I respond, balderdash.   This is the type of soft soaping one would expect of a high pressure clique who sides with the authoritarians and wants Americans to continue sleep walking.  Besides, why the hell should I believe these WSJ firebrands and losers pumping their radical right PR over Harvard Law professor Lawrence Tribe who made a forceful case Tuesday night (on ALL In) how the court would go after other rights next, dismissing the whole concept of an unenumerated right.  See e.g.

The bottom line takeaway here is that no one who has respect for individual liberty can hit the snooze button simply because the WSJ's editors insist it's cool. And god forbid anyone of sound mind do any "pearl clutching" or worry about "the Handmaid's tale" coming to the U.S.  But that motivating FEAR  is exactly what the WSJ editorial board's reactionary fanatics don't want because they know it's the cudgel to pummel the Reeps in the mid terms.

So no, this is not the time to become complacent or believe bunkum from a Murdoch Inc. op-ed editorial. It's the time to gear up for the 2022 mid- terms which is the only practical way to stave off the overturning of our remaining rights.  Talk of 'packing the court' and 'codifying abortion' in the law via congressional bills may make a nice hypothetical parlor game but it isn't practical because the votes simply aren't there.

It doesn't move the ball to protect rights forward. Only voting D in November does that.  Protests are also good, driving motivation, but only votes will keep this nation a functional democracy. We know already that efforts are already underway to impose a nationwide ban on abortion as soon as Republicans regain the White House and Congress, which could happen as soon as 2025.  If that electoral calamity transpires the next target will be contraception, make no mistake.

Republicans
Republicans Aren’t Even Bothering To Lie About It Anymore. They Are Now Coming for Birth Control. 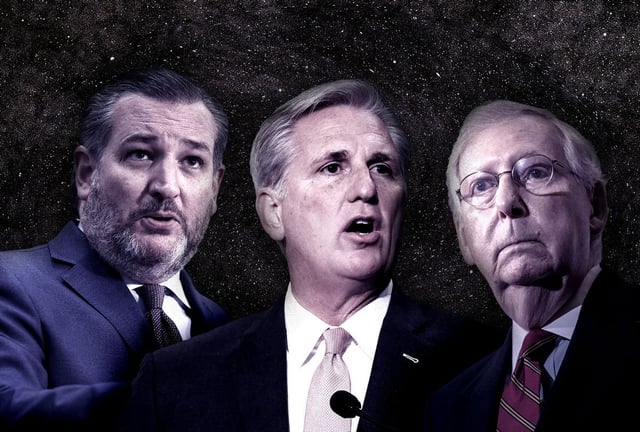 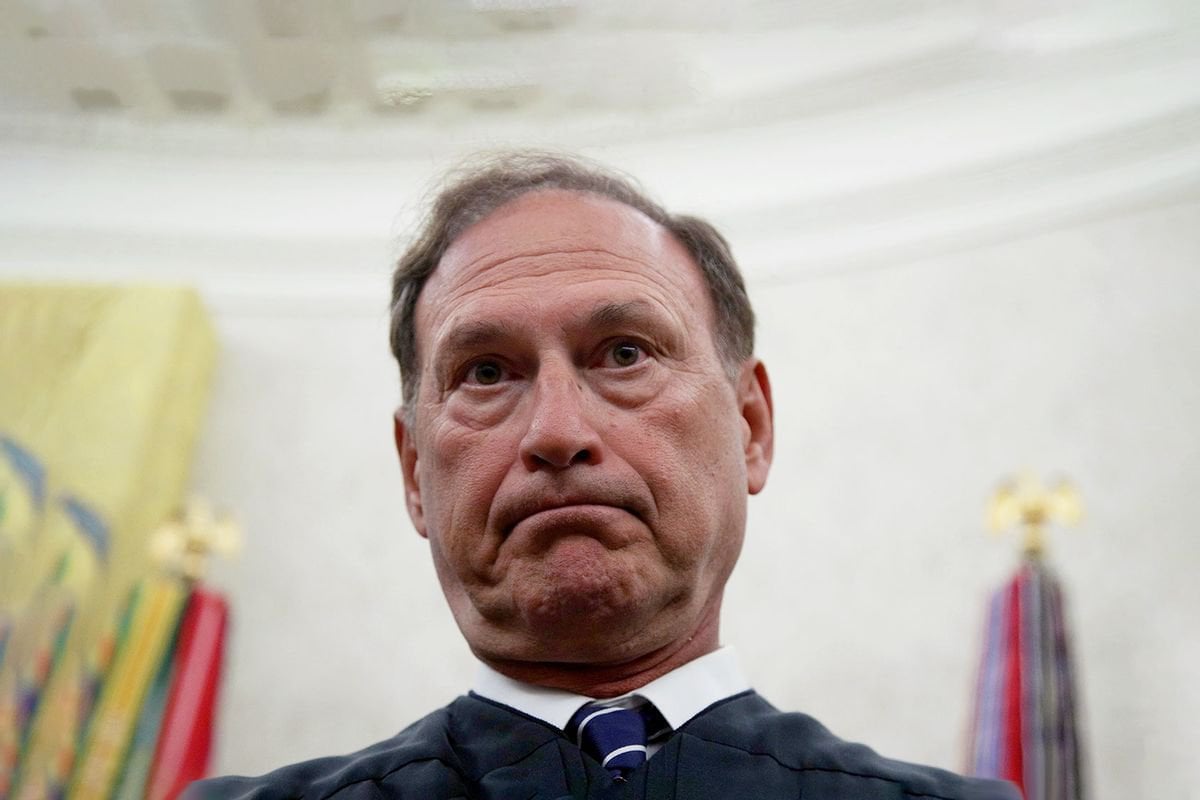 Education Policy | Republicans
Life after Roe: Republicans Are Already Targeting the Right to a Public Education 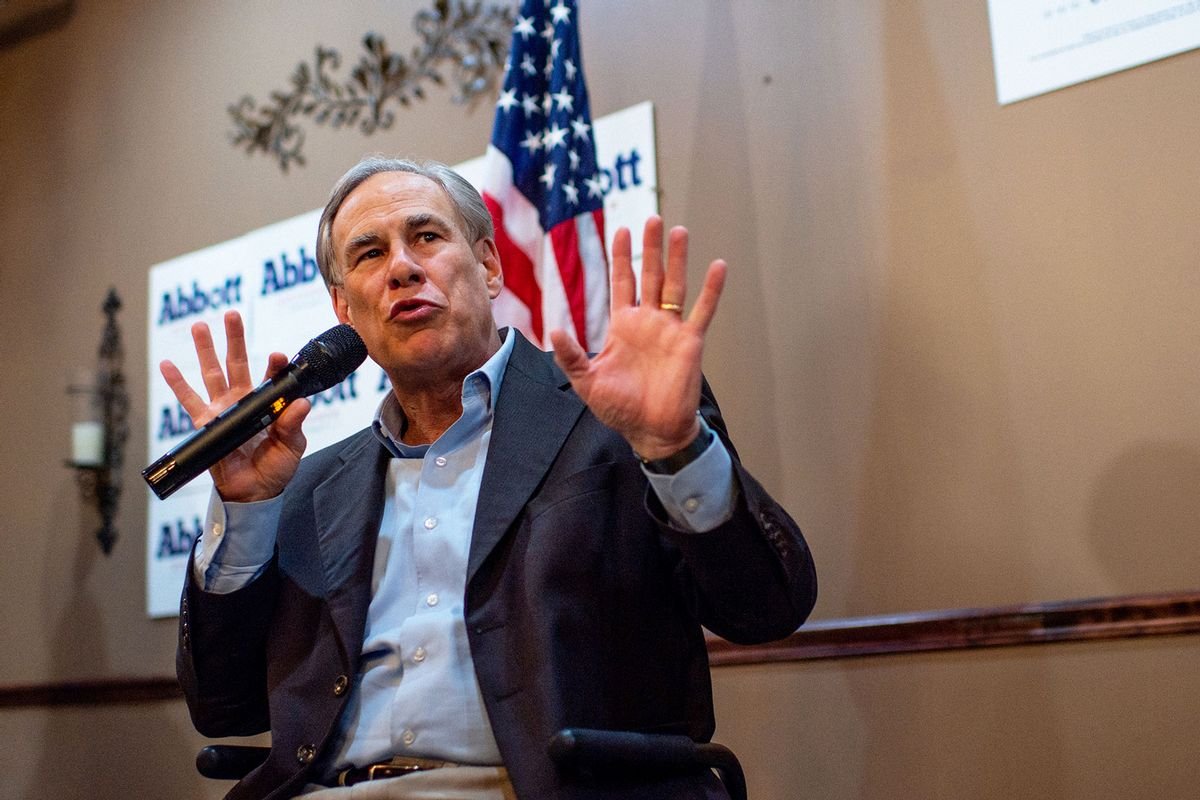 Despite glib right-wing claims to the contrary, as many legal scholars and constitutional experts were quick to point out, Supreme Court Justice Samuel Alito's leaked draft opinion ending abortion rights opens the door wide open for the reversal of decades of human rights litigation. At issue is Alito's rejection of the ninth amendment, which states that the "enumeration in the Constitution, of certain rights, shall not be construed to deny or disparage others retained by the people." Or, in plain English: Plenty of rights are guaranteed by implication in the Constitution — such as a right to privacy — even if not explicitly delineated. Despite his alleged "originalism," however, Alito was quite clear that he feels the opposite is true: If it ain't singled out by name in the Constitution, it's not a right.

"The Constitution makes no reference to abortion," he writes in the draft opinion that was leaked to Politico. As political scientist Scott Lemieux noted, this is a "junior high school debate society" argument unworthy of anyone with a law degree, much less a Supreme Court seat. But it does open the door to repealing birth control rights, same-sex marriage, and decades worth of social progress that religious zealots like Alito deplore.

Government | Religion
Abortion: Why is the Court Using Religious Belief to Alter what Should be Secular Law?