Young and Scared? Why It May Well Be Justified 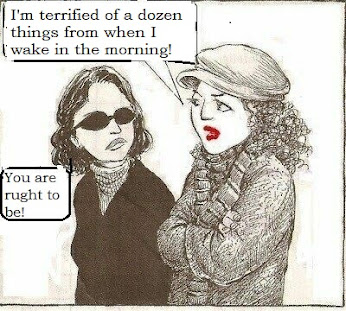 In September, the world got a glimpse into the minds of 10,000 young people ages 16-25 through a study published in the British medical journal The Lancet, where it was presented for peer review. Respondents from 10 countries — Finland, France, Australia, Portugal, Brazil, India, the Philippines, Nigeria, the United Kingdom and the United States — were asked for their thoughts and feelings on climate change and their assessment of government response to the crisis.

• 83 percent say people have failed to care for the planet.

• 39 percent are hesitant to have children.

• 64 percent believe governments are lying about the impact of the actions they’ve taken.

• Only 36 percent trust governments to act in line with climate science.

Two fairly new terms are growing in use — “climate anxiety” and “eco-anxiety.” They describe the mental health fallout from the kinds of feelings revealed in the Lancet report, which states that...

“The climate crisis has significant long-term implications for physical and mental health as a result of acute and chronic environmental changes, from storms and wildfires to changing landscapes, and increasing temperatures.”

“Children of present and future generations will bear an unacceptably high disease burden from climate change.”

This is not being histrionic, hysterical or exaggerating. I've already written in previous posts, for example, about the relation of climate change to the "cholera paradigm" - the explosion of (mainly) tropical diseases (West Nile virus, malaria, dengue fever etc.) and including cholera e.g.

Matched to anti-biotic resistance as the planet warms.  Also how worm and parasite infestations will explode as N. American temperatures warm.  The incursions will include millions more tapeworm cyst infections of human brains, e.g. 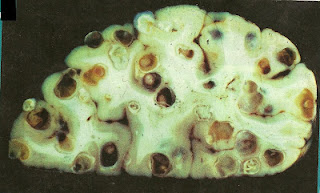 Which have the effect of also altering the neuro-biology, well documented in Caribbean nations when people - mainly rural - run amok with machetes. As warming becomes more severe we can also expect bladder and filiarisis worm infestations, e.g.

Left unsaid, is how increasing CO2 is also altering the composition of our oceans to render them less supportive of life.   This ranges from the proliferation of plastics - strangling and starving seals and other ocean  life- to the higher acidity and heat destroying coral reefs, e.g.

As recently as 2012 scientists from Columbia University, which led  much of the research,  have found surging levels of carbon dioxide in the atmosphere that forced down the pH of the ocean by overall 0.1 mean unit in the last century. This is 10 times faster than the closest historical comparison from 56 million years ago. It's deadly serious because - like the margins for ushering in a runaway greenhouse effect, the margins of safety for acidic oceans are extremely low. Hence, one can't tell by the small magnitude of numerical pH that the increment change is nothing to fret over.

As noted in earlier blogs posts: the seas absorb CO2 from the atmosphere, forming carbonic acid. The particular chemical reaction is:

By one estimate, at the rate of acidification, the only marine life that will still survive by 2050 will be jellyfish. And none of this thus far has touched on the adverse effects of climate change on ocean bacteria, e.g.

So in a real sense it's not surprising when one sees that: "studies among children, adolescents  have demonstrated that they experience an additional layer of confusion, betrayal, and abandonment because of adult inaction towards climate change.”  (COS Indy, p. 2, Feb. 22)

Sarah Ray, an Environmental Studies Professor at California State Polytechnic University, Humboldt, one day asked a class of juniors to imagine themselves thriving in a climate-changed world.  Few could imagine any such scenario given they were convinced the older generations had left them nothing but a desolate future, with desolate landscapes and barren oceans.  Hell, their elders couldn't even bother to commit to lessening climate effects, say by using less gas and stopping the moaning and groaning about the price at the pump and blaming Biden.

After all, we elders have known about the myriad threats to the environment since we were kids their age, and we’ve known for decades that this  climate nightmare was coming.   The Lancet study joins a growing body of research that shows the human costs of continued climate inaction, and most of the onus is squarely on the generations born before 1975.

Beyond climate calamity nearly half of adults aged 20 to 35 think a world war is likely to occur in their lifetime.  More distressing a majority believes there will be a nuclear attack in the next decade, according to a 2020 “Millennials on War” report by the International Committee of the Red Cross, which surveyed more than 16,000 people in 16 countries.

True, many people among the silent generation (born 1922 to 1945) and Boomers (1946-64),  have lived through a series of wars, including:  WWII, the Cold War including Cuban Missile crisis, Korean War and Vietnam. Count me among them, still recalling Vietnam  (which LBJ got us into with the Gulf of Tonkin incident) and the nation reaching Defcon 2 status during the Cuban Missile crisis - one stage before all out nuclear war.

And also basically true, as Jean Twenge, a professor of psychology at San Diego State, asserts:  "They are more inured to the idea that things are going to happen."

But "inured" or not, few of us could conceive of a deranged psycho president, elected by bigoted nitwits, who wanted to unleash "fire and fury" on a nuclear-armed N. Korea as a first response 5 years ago, e.g.

Fire, Fury and Foolishness - How The Psycho Putz Could Get Us Into A Nuclear War

In light of this, consider then when Prof. Sarah Ray asked her students:

Well, a first and most vigorous response would have to be:

"NO chance of Trump ever getting nominated or elected again. Ever!"

Not just because of his unfitness of character and absence of any moral compass, but his inability to register the gravity of nuclear war - already evidenced in his cavalier threats from 2017.  This doesn't even touch on his total disrespect for the Constitution, including his desire to invoke the Insurrection act back on June 1, 2020 as an excuse to shoot down protesters. (As documented in Mark Esper's new book).

Not to mention upending our electoral system, as well as his dismissal of climate change as a "hoax" - like he dismissed Covid.  So any Millennials who are genuinely politically scared today should NEVER even conceive of voting for Trump, any Trump -  if they wish to flourish and improve the lives of others - as well as the overall health of the planet.  I would further venture to say that extends to electing any Republicans as well, who will not have their freedom and welfare at stake, only personal power. See e.g.

Republicans
Why Republicans Are NOT the Party of Freedom 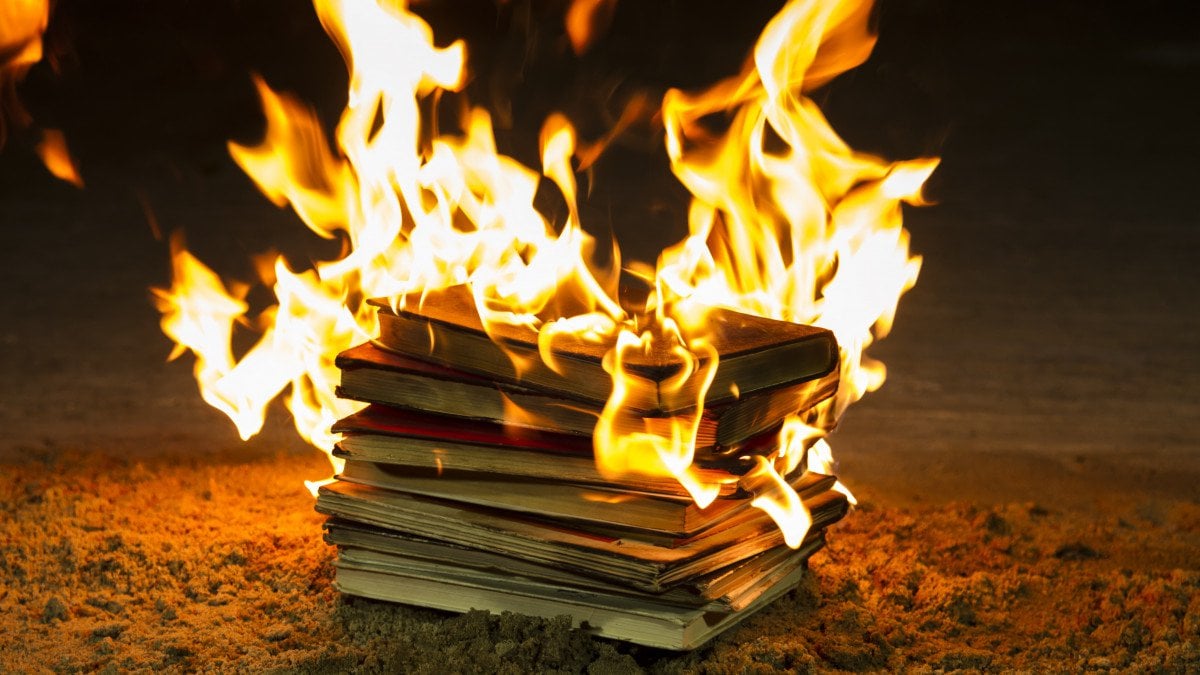 Donald Trump
How Will Trump's Deadly Sabotage Of America End? 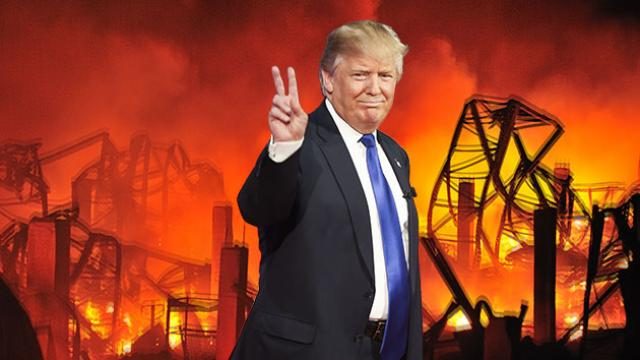 Trump unleashed what has become a million US Covid deaths, a war in Ukraine, and an attempted coup against the United States, all while coarsening our politics and ratcheting up hate. And now racist, rightwing politicians who disdain democracy are imitating him all across the nation.

What is the impact of all this on America and Americans, and when will he be held to account?

Five years ago today, Donald Trump broke the law and outed an Israeli spy who’d embedded himself into ISIS. Trump gave the code-word-classified-Top-Secret intelligence to Russian Foreign Minister Sergey Lavrov, when he and Russian Ambassador Kislyak had a “private” meeting with Trump in the Oval Office which was not on Trump’s calendar or announced to the US press.

Hundreds of Suicidal Teens Sleep in Emergency Rooms. Every Night.

Posted by Copernicus at 6:03 AM