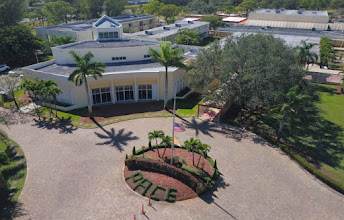 Mgsr. Edward Pace High in Miami, where I attended

Caitlin Flanagan’s article ('Private Schools Are Indefensible')  in the April, 2021 Atlantic,  doesn't mince words, i.e. that "money is their god"  and there shouldn't be any public (tax) support. They're getting plenty already with endowments and donations while poor public schools remain in the dregs.  Her piece comes two years after an earlier effort ('The Fury Of The Prep School Parents').  Here is a link to the latter, embodying all (or most) of the vexation Ms. Flanagan shows in the more recent piece.  The basic thesis is that there is too little quality education as well as resources to go around, and the elite private schools seem to be getting most of it.  The corollary is that the paucity of school choice inevitably leads to a kind of 'dog eat dog' landscape in education.  This view is epitomized in a quote from Ms. Flanagan's 2019 Atlantic piece, e.g.

"The shortage of spaces at elite colleges has driven these people mad, and there is nothing at all left to contain their behavior; their true motivation for sending their kids to these schools has been laid bare. But they would have sent their kids to barracks to watch the Flintstones for 4 years if it came with guaranteed admission to Harvard......They are like people who arrive at a five star hotel only to find there aren't enough lounge chairs by the pool and the main dining room is fully booked at $750 a night?  That's not going to stand"

Is she being histrionic or hyperbolic? No, not when one saw the lengths to which the parents involved in the "Varsity Blues" scandal went  - in order to get Johnny or Janie into what they believed was an "elite" school.  The real question in all this is what is driving the insane, mad rush propelling the parents to be so obsessive - compulsive about school-college choice?   Indeed, a Wall Street Journal analysis from 2016 puts the kibosh on the notion that elite colleges confer any special earning advantage, say over state colleges or universities.  The Journal's report (Feb. 1, 2016, p. R1) looked at 7,500 college grads 10 years after graduation and divided their majors into several categories: business, engineering, social sciences,  humanities, education and 'other'.   They also cross-referenced three categories for college type: "selective" (covering 'elite' schools), mid tier and less selective (covering schools with open enrollment).

This is truly amazing and also important to know. It means, basically, one will not be significantly better off (with earnings to come), say in the physics field - graduating from Harvard or the University of South Florida.  One may actually be worse off financially graduating from Harvard with only minimal financial assistance.   As the WSJ authors go on to point out (p. R2):

"Our findings are crucial for families to understand because chasing a prestigious STEM degree can leave students burdened with huge amounts of unnecessary debt."

Also, this confirms an earlier (2011) MONEY magazine investigation which found it is more the name and reputation of the specific department that confers long term benefits than the name of the school itself. As the MONEY authors write:

"Don't assume an Ivy League education is better than one from a public or state university."

So there is no need to go helter-skelter crazy, "helicoptering" and losing sleep trying to get a kid into a perceived elite college.   Certainly not to the extent Flanagan describes (p. 54, April 2021) of being told by pediatricians "these kids are starting to crack" and getting docs to prescribe "study drugs" like Adderall, and "sleep drugs".  This is, let's be blunt, batshit crazy.   If the kids are starting to "crack" as the doctors. Flanagan cites claims, it's because the parental expectations are excessive for the kid, and hell, the competitive gusto and drive shouldn't be this extreme anyway.

Indeed, the stratification already exists in terms of the percentage of Americans who attend or finish college in the first place - whether a state university or an Ivy.  In fact,  about  two-thirds of Americans over 24  never started or completed a 4-year college degree.  Technically that ought to put any graduate of an accredited 4-year university in the driver's seat for future success. This would, in fact, be the case if the parents collected their wits enough to grasp it is the particular academic departments  that ought to be the focus, not the particular university.

So why the insane, quasi-Darwinian rush to pile into only a handful of schools perceived to be "exceptional"?  Well, because as Flanagan notes, parents perceive a "dog eat dog" world now where benefits that accrued to them may not extend to their offspring, so they feel they must fight harder. But there is also the PR and branding factor of the elite universities - super charged up by assorted college rankings, ratings - See e.g.

These go a long way to fire up latent parental anxieties, expectations, tensions....and sleepless nights.  In the words of psychologist Robert Evans as conveyed to Flanagan (ibid. p. 54) "What's changed in the past few years is the relentlessness of parents. ...Many can't let go of their fears their child is being left behind."

But what about elite private schools in general? Are they responsible for the mass of kids getting left behind? And if this mass of "underprivileged" kids were suddenly granted free educations at Choate, Exeter, Spence, Brearley, Dalton School or Delbarton, would they really make the most of it?  Or fritter away their extra time with video games, Instagram and other assorted nonsense?  Inquiring minds want to know, because I for one am unconvinced there'd be a sudden spectacular uplift in U.S. secondary education.

For sure, I am unable to get as worked up as Flanagan does, maybe because I attended a private Catholic high school - Mgsr. Edward Pace in Miami (see top image)  - which today is perhaps the best private high school for the money ($14,000 /yr.) in the Miami area.  (If one checks out its website including the teacher student ratio, 15: 1, as well as the proportion of staff with Masters or Ph.D. degrees (85%))   Not to mention the plethora of AP course offerings and advanced computer facilities.

The education Pace afforded me was one I could never have obtained at the public schools in the area in 1961, e.g. Carol City High - which my three younger brothers attended. (Only one brother, Jerry, passed the Pace entrance exam but after a year he decided to leave to attend Carol City High.) My preference for Pace also echoes the take of one Atlantic letter writer (Abigail Sylvor Greenberg)  who transferred to an elite private school (Brearley)  in NYC and responded to Flanagan:

"I transferred there in high school, and as a humanities lover coming of age in a STEM-centric, test-score-focused, preprofessional educational climate, I felt I’d stumbled into intellectual paradise. I am certain that my school’s first value (before boosting its capital or launching its graduates into the professional stratosphere) was and is learning, joyfully, for its own sake.

That, I think, is something rare enough to be worth preserving, something that would be hard to replicate, something to which more students, not fewer, should have access. It’s not independence that is indefensible. It’s inequity."

Learning for its own sake!  What a concept! That is exactly what I found at Chaminade High - the first private Catholic HS I attended (in Hollywood, FL, 1960-61) and then at Pace (1961-64). The ability to do independent research especially - which led to my award-winning science fair project, e.g. 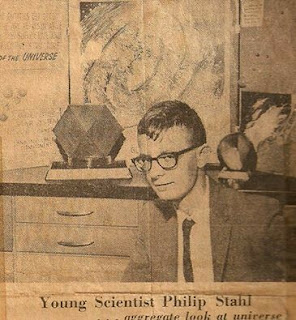 This was something I couldn't have done at Carol City High (1,500 students compared to 340 at Pace) given its imposed 'cookie cutter' template- same standard courses, same times every day, with no opportunity for independent achievement. Compare Pace's independent research opportunity to that advertised at Choate-Rosemary Hall:
The Science Research Program (SRP) offers motivated and independent science students the chance to step beyond the traditional classroom structure to explore their area of interest. Coursework is focused on training in the basics of scientific inquiry and experimentation.

Jerry's opting out of Pace clearly shows not every kid may be cut out for elite schooling no matter its special benefits or available resources. Jerry could never have thrived at Pace because the academic rigor didn't appeal to him. He was more interested in hands-on mechanical pursuits like auto and a/c repair which were available in Carol City High's Shop classes. (This may also suggest a dire need in the U.S. to provide more trade school opportunities like the apprenticeship programs in Germany.)

What if the kid really wants to enjoy the richness of what an elite academic emphasis on education can provide, but can't?  Ms. Greenberg refers to the "inequity" being indefensible, but how does inequity arise?  Basically, it is from way too many chasing a perceived unique good, in this case a superior quality education that includes love of learning for itself.  But even if we excluded all those like my late brother Jerry, who preferred shop and mechanics to Socratic discourse and books,  that leaves millions pounding on the doors to get into Pace, Chaminade (now Chaminade-Madonna), Choate- Rosemary Hall, Phillips Exeter, Dalton School or Brearley.

Since the demand for exceptional quality education exceeds the ability of all the private schools in the nation to "supply" it, this means one must think outside of the box, to use the old cliche.  One solution would be to let a subset of these special elite schools televise classes, or in-house lectures (if such exist) much as Yale University does with lectures now, e.g. this introductory lecture about Dante's Inferno:

The televised classes, whether in English Lit, Geometry or AP Calculus would provide examples of quality teaching methods to less well-endowed schools. Might even inspire their staffs to use similar approaches. Could such an ambitious undertaking really be done?  I believe so especially given most of the endowments and other donations, just to a place like Delbarton,  e.g.

(Where JFK attended when it was Choate)

Can run into the tens of millions a year. (Flanagan cites one $1.3 billion endowment just to Exeter) By merely using a fraction of these support funds for academic outreach  lectures - a la the Yale example shown above - an enormous amount of good will can be purchased.  This would also surely lessen the journalistic blowback,  such as Flanagan's Atlantic pieces arguing  elite private educations are "indefensible".  Such a bold initiative would also address Flanagan's core question (April, p. 52):

"Why should any public school parent support these elite private schools?"

And after all, what was one of Choate - graduate JFK's most famous quotes when President?

America's pushing dumb and dumber, while dumbing down the next generation. Astonishingly, at least to the over-educated, we are willfully blind to how rapidly and profoundly the key engine for our high living standards is slipping away. Whether running a family or a conglomerate, you can't fix stupidity, signaled by not learning from failure. Terrorists stick to actual caves, but we are constrained in mental frames.

The crucial imperative is feeding innovative, intellectual capital across the boards, from K through advanced studies, public and private. Do we need another Sputnik to rouse us from smugness?

Posted by Copernicus at 5:26 AM