Yes, Reaching Out For Alien Contact May Be Humanity's Worst Mistake - According To Michio Kaku 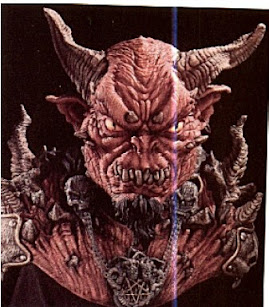 Michio Kaku, the prominent theoretical physicist and author, is not alone in thinking that any successful attempt to alert any extraterrestrial intelligence to our presence might be a catastrophically bad idea. As  he related to the NY Times and UK Guardian last year:

“I think it would be the biggest mistake in human history, If the aliens were to come, it’s not going to be a pretty sight.  Some people will worship them as gods. Other people will think they’re devils. And other people will want to cut a deal.” ”

"We all know what happened to Montezuma when he met Cortés in Mexico so many hundreds of years ago. Now, personally, I think that aliens out there would be friendly but we can’t gamble on it. So I think we will make contact but we should do it very carefully."

In his AMA on Reddit, Kaku responded to a question about alien civilizations, saying,

"Let me stick my neck out. I personally feel that within this century, we will make contact with an alien civilization, by listening in on their radio communications. But talking to them will be difficult, since they could be tens of light years away. So, in the meantime, we must decipher their language to understand their level of technology. Are they Type I, II, or III??? [These represent three categories in the Kardashev scale, measuring technological achievement in civilizations based on their level of energy use for communication.] And what are their intentions. Are they expansive and aggressive, or peaceful."

In his reference to the Kardashev scale, Kaku was referring to Nikolai Kardashev who developed the "Kardashev scale" for classifying advanced civilizations.  E.g.

It is noteworthy that humanity doesn't even register given its energy consumption is far too low to make the grade. We are barely at "Type 0" - hence more like insects to any truly advanced (Types II, III) civilizations we may encounter - either accidentally, or on purpose - by trying to make radio contact.

Kaku subsequently half-joked about "landing on the White House lawn", then disregarded it, admitting "We would be like forest animals to them.."  Or worse, insects.  Therein lies the danger, not in any extraterrestrials being inherently "evil" or "devils" but rather in not taking our existence and lives any more seriously then we take ant hills we might step on.

At the very most, being generous, we'd be regarded as brutish, backward apes that haven't even attained a level of intellect to know they ought not "shit where they eat."   How so?  Consider:

- We've done absolutely nothing....not one damned thing...about the gigatons of carbon added each year to the atmosphere, thereby pushing the planet's climate toward a permanent instability in the form of the runaway greenhouse effect.

- We've overpopulated the Earth to the point that the existing resources (even if somehow distributed perfectly equally) would not last more than a generation.

- We've recklessly polluted water resources, not only by careless dumping of industrial wastes but by using energy drilling methods which require millions of cubic feet of fresh water for each acre drilled

- We insist on continuing to irreparably damage our sole living space by exploiting high carbon fuels to enhance luxuries and transport for an ever growing population.

This collection of regressed attributes implies the need to be wary about reaching out for contact and not exercising due caution.  And Kaku's warnings regarding indiscriminate contact are not new, we've beheld them for nearly  50 years.   For example, physicist Freeman Dyson in a November, 1972 address to the Institute for Advanced Study at Princeton, warned (p. 268, 'Whispers From Space' by John W. McVey):

"We are more likely to discover first the species in which technology has got out of control, a technological cancer spreading through the galaxy. We should be suitably alarmed if we discover it and take our precautions. It is just as well to be warned ahead of time."

Through the 1970s, in fact,  then Astronomer Royal Sir Martin Ryle showed how advanced alien telemetry and signal recovery of our radio waves would have revealed just how warlike and dedicated to destruction we as a species are.  Thus, any potential contact would be assumed hostile and  the need for aggression.  Sir Martin concluded it would be foolhardy to be anything other than passive listener given we know nothing of advanced alien intentions. (Of course, it is possible advanced aliens are already monitoring our activities, as manifested in the assorted reports of military pilots which have come to light, e.g.

Brane Space: What The Pentagon Prelim UFO Report Isn't Saying: 'The Aliens Are Here, We Just Don't Want To Admit It." (brane-space.blogspot.com)

Despite all this, there are many astronomers who remain excited about the idea of making contact with any extraterrestrial intelligence and are stepping up efforts to do so. One of the aims of the $10bn James Webb Space Telescope, which has just been launched, is to search for habitable exoplanets  where other lifeforms may yet be found. But there is a significant difference between the passive search for extraterrestrial intelligence, known as SETI, which is relatively uncontroversial among astronomers, and actively messaging extraterrestrial intelligence, or METI. (In 2015, a non-profit research and education organization, called METI International, was founded in San Francisco with the goal of messaging extraterrestrial civilizations. Two years later, it transmitted a message, including mathematical formulae and music by Jean-Michel Jarre, to the red dwarf Luyten’s Star, 12 light years away.)

But those like Douglas Vakoch - METI International’s president and founder- think it's just fine and dandy to make messaging contact. He argues that if aliens were sophisticated enough to travel vast distances to reach Earth, they would be unlikely to need anything we have to offer. (A trope earlier demolished in a paper by none other than Carl Sagan and William Newman.)  According to Vakoch:

"So we should not be afraid of beginning a cosmic conversation. Fear does not protect us, it only restricts us,”

Maybe. But for the time being I believe it's best not to go out of our way for indiscriminate contact, especially if meeting up with an aggressive intelligent carnivorous species looms (see top graphic).  In the meantime, I suspect those aliens that might already be on our planet, shooting around in those discs observed by Navy pilots, might soon be reaching conclusions of our worth based on their reconnaissance.  To wit, whether humanity is worth intelligent interaction - or dispensing with - to use this planet after rehabilitating it.