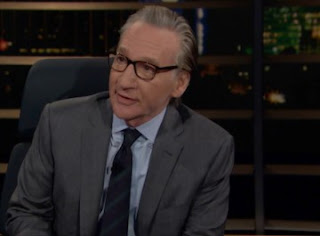 The cocky comic who thinks he knows more about Covid than experts.

Omicron, the highly contagious coronavirus variant sweeping across the country, is driving the daily American death toll higher than during last fall’s delta wave, with deaths likely to keep rising for days or even weeks.

The seven-day rolling average for daily new COVID-19 deaths in the U.S. has been climbing since mid-November, reaching 2,267 on Thursday and surpassing a September peak of 2,100 when delta was the dominant variant....“Omicron will push us over a million deaths,” said Andrew Noymer, a public health professor at the University of California-Irvine. “That will cause a lot of soul searching. There will be a lot of discussion about what we could have done differently, how many of the deaths were preventable.”.-  From Denver Post (AP) lead story ('Omicron Drives Deaths Higher') Saturday, Jan. 28

But Maher riffed at length in his 'New Rules' segment on Real Time last night, going all ape shit against Dems and the Left and blabbering:

"Let’s get this straight, It’s not me who’s changed, it’s the left. A large contingent has gone mental, and I’m willing to call them out!"

No, you sullen punk libertarian turkey, you changed - trying to make your show more appealing to Trumpers and the Right, especially with your gigabytes of Covid misinformation almost weekly.  It is no secret that it doesn't take a Mensa-level IQ - or shouldn't - to grasp that all his fomenting about "free speech" and excessive regulations, i.e. spouting:

"Democrats no longer possess the common sense to know that not every problem can be fixed with a regulation,"

Is actually designed as rhetorical cover and specious justification for his railing against vaccine mandates and mask policies in a deadly pandemic that has killed nearly 880,000 Americans.

The truth is, when one dispels all the flatulence Maher has been pumping out the past two weeks - indeed - past half year- he:  "is not the jester speaking truth to power. He is a hypocrite pushing misinformation. If he wants Democrats to win as badly as he claims, he should either get his facts straight or cancel himself."   That according to a Washington Monthly piece not long ago.  Further elaborating:

"Let’s recognize how ridiculous it is for Maher to condemn snobbery. He has been the epitome of the condescending coastal liberal sneering at Middle America through much of his career. ”

He also vies with FOX's Tucker Carlson for the sheer volume of misinformation expelled about Covid and vaccinations. Again Friday night, bringing the topic up with his guests Matt Welch and Fiona Hill about getting beyond all the restrictions (especially for masks), and "just living life" - despite over 2,000 deaths a day and hospital ER staff on the verge of breakdown.  I have also already written a post on how Maher has essentially become nearly unwatchable, e.g.

What Maher really needs to do is check the information and revelations about the libertarians in these posts, 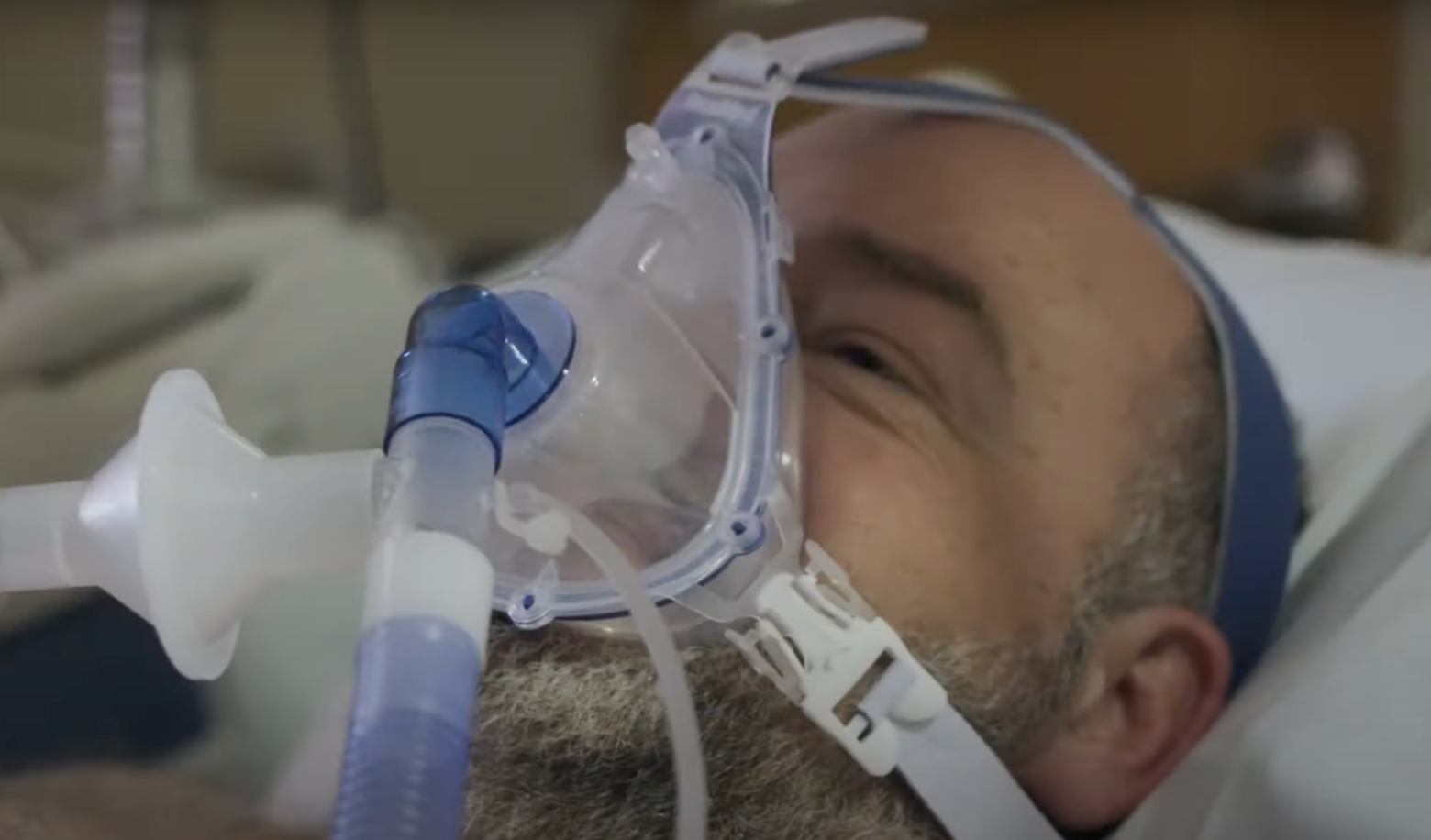 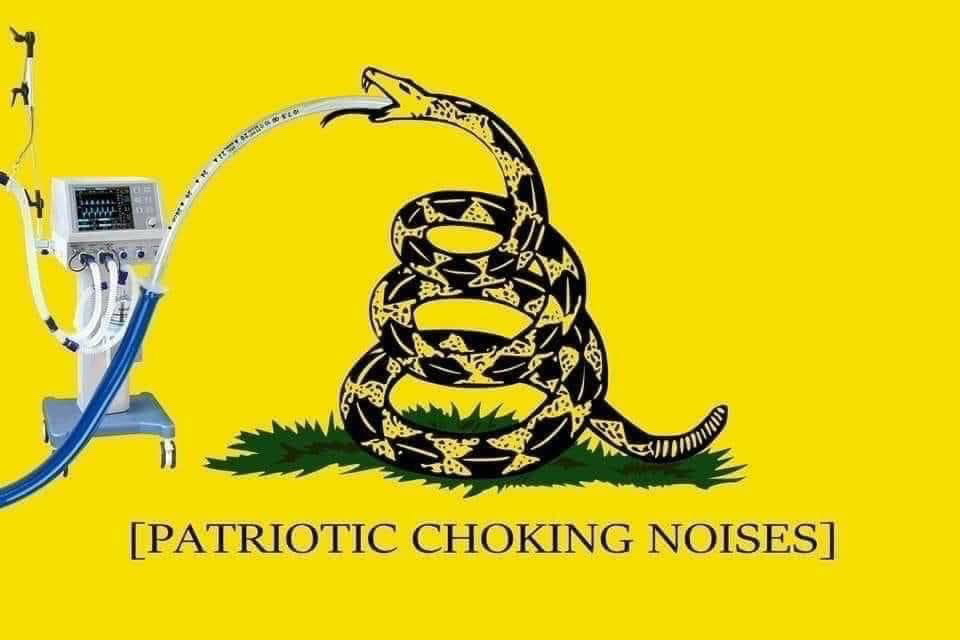 The people Stockton and King interview, including the white men literally dying in hospital beds, do not fear losing their freedoms. That it is a put-on. They're hiding what they truly fear, which is humiliation. Authoritarian-minded people — which is to say, those who determine politics in southern states — live in daily fear of being humiliated. By what? You name it. Living in a diverse, democratic and capitalist republic offers opportunities aplenty to be humiliated for those who identify strongly with top-down social control. Anything threatening that threatens them. Since the pandemic started as "a hoax," it is a hoax. Buh Gawd, they'll die before being wrong. And they do.

Where Maher was at his most deplorable was when he enlisted the help of interview guest Ira Glasser - former ACLU Director - to help him bolster his misinformation as "free speech" trope, even complaining about the power of Twitter, i.e. to ban  slime ball like Trump from spreading his lies.  At times it appeared Glasser was a willing accomplice to Maher's theory that spouting lies also qualifies as "free speech" and ought to be protected. A canard I shot down in an earlier post.  E.g.

Up to now the sad reality is that Bill Maher broke with the Left when he deemed lies and misinformation - especially about Covid and vaccines - more important than presenting facts.  That includes having guests like medical quack David Katz and fascist-lover Ben Shapiro on his show Real Time.

Katz, who consistently flaunts his Yale ties despite the fact that they were severed in 2016, has become something of a right-wing darling after penning a controversial New York Times op-ed on March 20 titled “Is Our Fight Against Coronavirus Worse Than the Disease?” In it, Katz argues against the self-isolation policies put in place by most of the U.S., instead saying the country should isolate the elderly and infirm, which would thus “allow most of society to return to life as usual and perhaps prevent vast segments of the economy from collapsing.

But even Ira Glasser ought to know that if lies and misinformation qualify as accepted speech then speech loses all meaning and basis because it ceases to recognize an objective reality. (More on this in a post later this week). So all speech becomes merely "relative" and what anyone says becomes on a par with specialists and experts in the particular field. Further, it becomes impossible to isolate from say Hitler screaming or writing:  "All Jews must die" to a parent screaming death to teachers who teach critical race theory.  Failing to grasp no one has the right to yell "Fire!" in a crowded theater, especially as the level of mental stability and critical thinking in the U.S. are now nearly non-existent.

If Bill Maher is at all serious, as much as he supposedly is about climate change, he needs to attend to the words of Scripps researcher Kristian Andersen who observes (WSJ, March 26, 2020, p. A8):

"Life is not going to be back to what we consider normal for years to come. We need to figure out how we are going to function as a society for the next three years."

This also conforms with The Bulletin of the Atomic Scientists comparison of the pandemic to a "slow-moving nuclear war". Wishing Covid, vaccines, vaccine mandates or masks away like an entitled two-year old brat will not help us get through it. Nor will spreading almost as much misinformation as Tucker Carlson on FOX. Maher in his rush to get Covid behind him, so he can "live free" (sic),  is oblivious to how there are currently 28 million school children- age 5- 11-  who remain unvaccinated. Far less than health experts feared originally, with only 18.8 % full vaccinated. (Denver Post yesterday, p. 1A)  As one expert quoted (Jennifer Kates) put it:

"It's going to be a long slog to get the kids vaccinated."

But that delay means more and more teachers will bail, either retiring early or quit to secure jobs in the private sector, not wishing to become infected and ending up in body bags in a hospital morgue.  In respect of private sector jobs we learn from the WSJ:

Classroom instructors are landing sales roles and jobs as instructional coaches, software engineers and behavioral health technicians, according to LinkedIn.

Maher understands none of this teacher resignation or job migration - leaving schools hollow shells with parents, administrators having to fill in-  because he fails to understand the epidemiology of the virus. Nor is he interested in understanding it, only in circulating misinformation about vaccines, masks and Covid.

If Maher is not part of the long term solution, meaning accepting current Covid protocols and not inveighing against them in unhinged comic rants, then he is part of the problem.  And on the issue of free speech (and Twitter controlling, censoring the likes of the lying Trump)  he is definitely off target - in major ways, see e.g.

Covid-19
Republicans See Masks and Vaccines as Stifling Freedom, but It's Actually the Best Way to Restore It 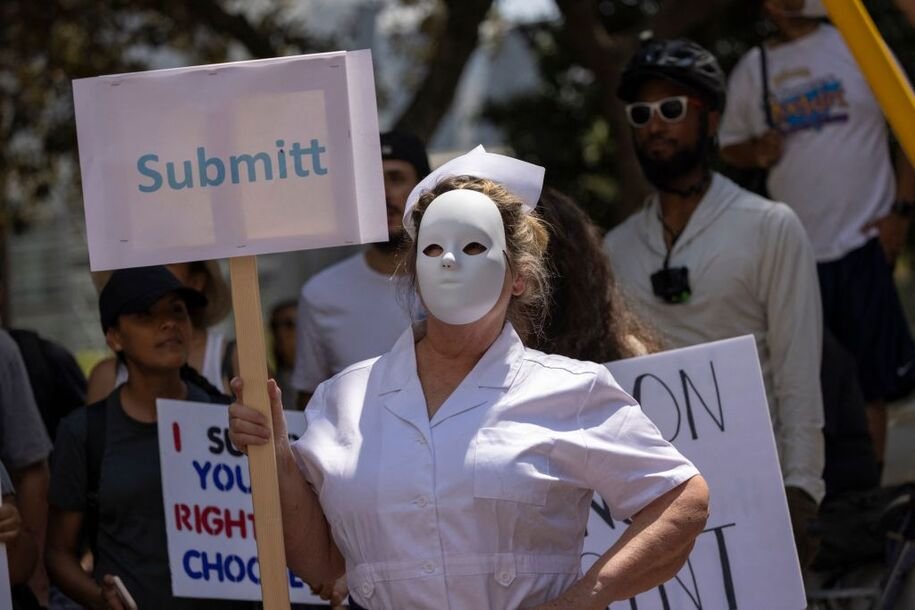 Republicans
As the GOP Drowns Deeper in Factional Racism and Sexism, America is Sinking, too

The Republican Party has lost all its legitimacy because, in the past few decades, it has become a white supremacist version of what Father of the Constitution James Madison called a “faction.”

Loosely, a “faction“ is a “special interest” group of people who are willing to damage the interests of other people just to gain their own benefit.

And, as Madison warned us, factions destroy democracies.

Here’s how it’s playing out right now, as a Trump-inspired faction continues to consolidate their control over the larger Republican Party, dragging it deeper and deeper into the swamp of racism and misogyny.

Posted by Copernicus at 7:14 AM