David Mumford's* paper ('Ruminations on Cosmology and Time')  in last November's   Notices Of the American Mathematical Society   features an entertaining first section headed A Trip by Space Ship.  Therein he describes  a thought experiment (based on relativity and the assumption of a constant 1g acceleration)  to the Sagittarius A (Sag A)  black hole at the center of the galaxy and back.   He discovers:

"To my astonishment, I found that I could travel to the black hole in the center of the Milky Way galaxy, known as Sagittarius A*, and back, all in less than forty years. Meanwhile, tens of thousands of years will have elapsed on earth when it returns."

The following is almost word for word from his own derivation in his Sec. 1:

Be its special relativistic metric, with s measuring proper time along any time-like trajectory, with c the speed of light. Assume the trip takes place in the space y = z = 0. 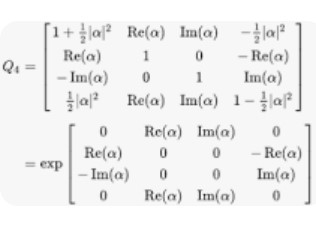 with s measuring proper time in the space ship.  Choosing ‘years’ and light years for units, then c = 1. And also g  » 1.

A few caveats: firstly, space-time is not flat, meaning you need some extra power to get out of the sun’s gravitational field and you will be accelerated/decelerated by the galaxies gravitation on the way in, respectively, way back. I think these are minor. When your own space ship hits its maximum speed midway, everything is normal inside your space ship but outside, stars and interstellar gas are rushing by extremely close to the speed of light. The usual formula shows that their masses increase by the factor:

You’ll need good shielding. Finally, if you use a photon drive, accelerating by emitting high energy photons, and take the mass of the space ship to be the same as that of the space shuttle (2 million kg), my calculations show that the needed energy for this trip is roughly 1018 kilowatt-hours, or roughly  10,000 years worth of the total energy being generated today on earth.  This seems mean that we need some breakthroughs.

*David Mumford is an emeritus professor of applied mathematics at Brown University.

** The Lorentz group is the group of all Lorentz transformations of Minkowski spacetime,