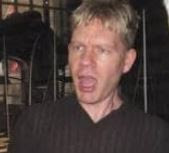 Lomborg - asked a question he can't answer about ocean acidification

Almost on cue, as the COP 26 climate conference begins Sunday in Glasgow, the skeptic brigade has emerged to cast aspersions on any alarm raised.  These skeptics come in various guises - from theoretical physicist Steve Koonin, to climate obscurantist Roger Pielke Jr,  and Matt  Ridley - a self-declared skeptic writer.

Bjorn Lomborg - he of the now discredited "Copenhagen Consensus" -  has escaped a lot of scrutiny and for that reason I will deal with him now.

Give Lomborg props for refusing to give up on his minimizing fantasies to do with climate change.  Lomborg presents himself as a hard-headed analyst asking tough questions about the costs and benefits of climate policy, but he's more in line with a climate dilettante who cherry picks at will while invoking numerous strawman arguments on why the approaching climate catastrophe isn't the biggest crisis facing humanity.

In his latest WSJ op-ed ('Climate Change Calls For Adaptation, Not Panic', Oct. 21 )he more or less doubles down on his typical twaddle, writing:

"Adaptation doesn’t make the cost of global warming go away entirely, but it does reduce it dramatically. Higher temperatures will shrink harvests if farmers keep growing the same crops, but they’re likely to adapt by growing other varieties or different plants altogether. Corn production in North America has shifted away from the Southeast toward the Upper Midwest, where farmers take advantage of longer growing seasons and less-frequent extreme heat. When sea levels rise, governments build defenses—like the levees, flood walls and drainage systems that protected New Orleans from much of Hurricane Ida’s ferocity this year.

Nonetheless, many in the media push unrealistic projections of climate catastrophes, while ignoring adaptation. A new study documents how the biggest bias in studies on the rise of sea levels is their tendency to ignore human adaptation, exaggerating flood risks in 2100 by as much as 1,300 times. It is also evident in the breathless tone of most reporting: The Washington Post frets that sea level rise could “make 187 million people homeless,

Lomborg appears not to grasp adaptation to a  post tipping point climate change world is a non-starter -  for the simple reason human biology isn't designed to survive weeks without a reprieve from 120-130F day temperatures that only dip minimally at night. And for which most places do not have the luxury of air conditioning. e.g.

As I noted therein,

Lytton, B.C.  reached a high of 49.6C (121.3F) on Tuesday, the day before its residents evacuated as raging wildfires devastated the town.  In Portland according to one official:

“People were literally crawling to the Sunrise Center because it was so hot. They were vomiting, burnt and dehydrated,

And what of the power grid that supports it? We're informed now that the residents of Seattle and Portland are trying to get a/c for their homes - and orders are backed up.  But as one official pointed  out, 'Our grid is not designed for such intensive use of air conditioning.  The grid will be overloaded.."

But this is typical of Lomborg in ignoring facets of critical climate change emerging at tipping points - one of which we are currently in. Indeed, 2020 tied for the warmest year on record - harkening back to before the advent of the Industrial Revolution, ca. 1750, e.g.

Added bad news:  The Amazon rain forest - once a carbon sink - has since become a carbon source because of ongoing burning. This along with increased methane release and ocean pollution has set us up for a mass extinction event.

In less than 50 years most power grids worldwide will no longer work 24/7 because of lack of capacity and tens of millions all trying to stay cool at the same time - overtaxing the system.  There is no "adaptation" for that (short of perhaps implementing nuclear fusion power) . Why be surprised when heat waves - rather than lasting 5 or 7 days will last weeks or more? Water access will also be at risk because of power grid collapse. If you can't get electrical power you won't have the ability to pump it into your faucets.

Prof. Gunter Weller (formerly of the Univ. of Alaska-Fairbanks Geophysical Institute)  has estimated the runaway greenhouse effect would kick in when the CO2 concentration level of 600 ppm is surpassed-  which seems reasonable. If it is just over 415 ppm now - by many conservative measures. Doing the math (adding 2.5 ppm and 2.5 W/ m2 per year)  puts us in jeopardy even before 2100.

Simon Kuper's  Financial Times heads up (June 5, p. C3)   ought to make even the most jaded skeptic take notice:

"A draft of the IPCC’s next report, just leaked to Agence France-Presse, is the panel’s scariest document yet, with increased predictions of droughts, floods and heatwaves by 2050. It also warns about the “tipping points” that could accelerate this future, such as the drying out of the Amazon rainforest or the collapse of ice sheets in Greenland and the Antarctic.

Greenland’s sheet is melting seven times faster than in the 1990s. Today’s climate disasters — such as the record-breaking heatwave in the western US — are portents of worse."

The 'tipping points' to which he refers are actually 'cusps' in catastrophe theory associated with new global minima of the climate system.  As the shape of the system potential V(x,c) changes the original global minimum becomes metastable or even disappears. The potential includes one or more control parameters, c (i.e. change in CO2 concentration)which changes can lead to  a new global minimum or tipping point.  That means transition to a system with different conditions described by the point x Î  R n    that minimizes the potential.  The trouble is the 'new system' is likely to  be one closer to the runaway Greenhouse effect, with much higher 'normal' temperatures such as we beheld in Portland and Lytton, B.C.

But this isn't even half of what Lomborg leaves out in his pie-eyed, Pollyannish adaptation nonsense. Totally ignored is ocean acidification and the long term effects it will have on human survival.  As noted in previous posts, the seas absorb CO2 from atmosphere forming carbonic acid, e.g.

The increase in this acid lowers the pH of the oceans, and the effect is in no sense benign.  While carbonic acid is weaker than other forms (e.g. nitric acid, hydrochloric acid), it still works the same way as the stronger acids - to lower pH.  It also releases hydrogen ions and binds carbonate ions that animals with shells need to live.

In terms of the general effect,  ocean acidity has increased 30 percent in the last 200 years alone.  Over a billion people rely on the sea for their food and at least half of these are threatened by collapse of the coral reefs that harbor marine life.  As one special report from the NOAA's carbon program observed: "When shelled organisms are at risk, the entire food web may also be at risk."

Ocean average pH thus far has dropped from 8.2 to 8.1 - this drop since the Industrial Revolution.  According to  a Smithsonian report it is expect to fall another 0.3 - 04 pH units.   In the words of the report: "If we continue to add carbon dioxide at current rates, sea water pH may drop another 120 percent by the end of this century to 7.8 or 7.7 creating an ocean more acidic than any seen for the past 20 million years or more."

The kicker? An ocean that acidic may spell the end of the phytoplankton from which most of our planet's oxygen gets generated (not from green land plants, as Carl Sagan once pointed out).

"Aw but them differences is too tiny to do anything!"   The Trumper squawks.   Actually, for reference, a drop in one's blood pH levels by just 0.2 units is enough to cause seizures, coma, death.

Can one adapt to a lack of oxygen? Speaking for myself, I tried already (with my lung condition and before I got an oxygen concentrator) and it isn't possible.   But this is all of what Lomborg ignores.  Thus, putting him more in line with rabble rousers or distractors as opposed to serious climate change writers.

Lomborg has — to put it mildly — often seemed more intent on making provocative claims than on conducting careful analysis (for example, see these critiques from 2003, 2010, and 2015).  His latest attack on the Paris climate agreement, in an op-ed published in the Wall Street Journal a few weeks ago, is a case in point.

Lomborg makes two basic assertions: that implementing the Paris Agreement will have a negligible impact on global temperatures, and that it will be exorbitantly costly. But a careful review of his work and its underlying studies reveals significant flaws in Lomborg’s analysis.

Lomborg mischaracterizes the results of an MIT analysis that he claims agrees with his own. But he overlooks an important difference: In estimating the impact of the Paris pledges, the MIT study separates out the effect of the Paris commitments from previous pledges made in 2009 and 2010. Lomborg effectively lumps them all together, by comparing the Paris outcomes to a no-policy scenario. Moreover, the MIT study (unlike Lomborg) is careful to take China’s peaking commitment into account.  Rather than validate Lomborg’s approach, therefore, the MIT study only underscores the extreme nature of Lomborg’s conclusion — and the assumptions that drive it.

Lomborg assumes that policies do not have any lasting impact. To produce his estimate of a 0.08°F temperature reduction from all Paris pledges combined, he assumes that emissions rapidly return to the levels they would have reached in the absence of policy. This implies that after 2030, emissions rise even more rapidly than in the “business-as-usual” case, in order to “catch up.”

This approach reveals a fundamental misunderstanding of the drivers of emissions and the impacts of policy; no credible model of the economy would produce such an outcome

The preceding sums up Lomborg's role as a clueless climate clown to a tee. It also elicits the question as to how or why this libertarian loser gets so much attention (and spin) in the media. One can only conclude it's because he loves to indulge in deliberate provocation and the online media sites (mainly) love him because he delivers more clicks than actual climate scientists. Despite Bjorn Lomborg getting factchecked on his lies, Fox and WSJ invite him to air them anyway | Red, Green, and Blue (redgreenandblue.org)