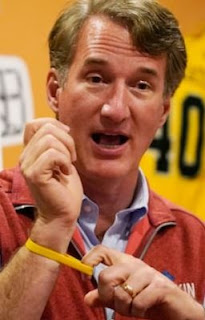 Glenn Youngkin - hoping his Trump connections don't get scrutinized too much before next Tuesday.

"Next month’s elections in Virginia coincide with a singular moment in U.S. history, in which one major party has turned against accepting the results of free and fair elections. That momentous juncture poses a character test for all Republicans, which turns on this question: Will they stand against the assault on democracy’s most basic precept, or will they tolerate it? Glenn Youngkin, the GOP gubernatorial nominee in Virginia, has failed that character test."  Editorial, 'Glenn Youngkin Has Failed The Test Of Character', Washington Post, Oct. 23

Glenn Youngkin,  pro-Trump Virginia Repuke gubernatorial candidate,  is desperately  hoping voters don't scrutinize his background and Trump connections too closely. Especially, the multiple chat rooms on Right wing sites panting for his victory in order to "make Virginia as anti-abortion as Texas", i.e. getting a sham law passed to outlaw all abortions from 6 weeks and beyond, see e.g.

Is this histrionic? Not at all.  And Virginia's voters scoff at it at their own peril. It's no secret for those who are paying attention that Youngkin is a Trump puppet who intends to implement as many Trump policies as possible if elected, especially on abortion (emulating Texas' unconstitutional law - using vigilantes to go after abortion providers) and in scaling back voting.

It is also absolutely true that Youngkin needs people to stay deaf, dumb, blind and ignorant so he can play his "parent card"  (with critical race theory as the dog whistle) to sneak into power.   That Youngkin is a Trump surrogate is no mystery, as this traitor enabler even allowed a rally to go on  in his name (despite not being there) in which the gathered Trump- Youngkins pledged allegiance to a flag hoisted at the January 6th insurrection. (Another good reason Dem candidate Terry Macauliffe needs to play videos of this travesty over and over in his ads).  As The W. Post editorial has noted, Youngkin is all in with the Trump Big Lie, e.g.

He has indulged and encouraged Republicans who have swallowed former president Donald Trump’s lie that last year’s presidential election was stolen and that American elections are not to be trusted.  Few stances could be more subversive to the American experiment or more corrosive to our pluralistic system’s fundamental legitimacy. Few shine so bright a spotlight on a candidate’s courage and commitment to the Constitution, or lack thereof.

That Youngkin could subscribe to the Big Lie and also push it discloses he is devoid of character as well as courage, and is merely using whatever slick technique he can in order to gain power and ram through Trump's vile programs.  Imagine then, women in Virginia - after he gets installed-  facing no access to abortions within 6 months of Reeps taking over the state house, senate. Imagine voting rights reduced as they have been in Texas and Georgia - where it's against the law to even bring water to a voter standing in line.

But Youngkin - a former private equity pirate-  is betting he can pull the wool over enough voters' eyes to get in.  He's choosing to do this using the hot button issue of "parental rights"  vis - a -vis mask -vaccine mandates and the supposed teaching of CRT or critical race theory in Virginia schools. In fact the CRT babble is just that and Youngkin knows it - even fessing up to Alex Wagner in the recent episode of Showtime's  'The Circus".  When Ms. Wagner pressed him on the issue of CRT being taught in Virginia schools, Youngkin smirked like a drugged skunk and responded: "Well, okay, maybe not in classes, but as a philosophy!"

A philosophy? WTF is that?  Jeezus, you're going to buffalo 1 million Virginians to vote you in on a "philosophy' that's not even actually taught? You got them all hair on fire crazy for that?   But Youngkin believes he can pull it off and we will see in a week.

Another dire aspect is that the Trump -appointed Post master Louis DeJoy may be in on it in trying to help the scumball.   Rachel Maddow, kudos to her, brought this up last night, e.g.

Meanwhile, the WSJ's Gerald Seib in his recent Capital Journal has observed :

Mr. Trump is inserting himself into this year’s Virginia gubernatorial race, and next year’s critical midterm congressional elections, in a manner designed to keep his party’s attention focused on his unsubstantiated claim that the 2020 presidential election was stolen from him. Accepting that claim, or at least declining to dispute it, has become a litmus test for Republican candidates hoping for Mr. Trump’s support. His grievances feature prominently in rallies he is holding, nominally in support of other Republicans.

Fear and loathing of Mr. Trump is one force that may keep such voters active and in the Democratic column, despite misgivings about Mr. Biden and the agenda of progressive Democrats.

This year’s governor’s election in Virginia on Nov. 2 is turning into a testing ground for these forces. Republican candidate Glenn Youngkin is trying to run a campaign focused on traditional Republican themes, such as lowering taxes, as well as the newest cultural controversy, over whether woke culture is creeping into school curricula.

But he also has tried to do just enough to woo Trump voters, without appearing to be a Trump clone. He has happily accepted Mr. Trump’s endorsement, and danced around the question of whether President Biden legitimately won the 2020, never quite saying he believes those Trump claims of election fraud but never quite disputing them either. He has tried, in short, to have it both ways.

That has been enough for Democrats to build their closing argument against Mr. Youngkin around his relationship with the former president.

Bottom line: Youngkin is a clever, corporate Reepo schmoozer who believes his low key Trumpism and playing righteous, cool conservative dude to Virginia's voters will: a) get the Dem voters to stay home, bored and unmotivated, and b) rile up just enough Trumpies to get him into the state house...to wreak  havoc.   Of all voters, Virginia's suburban, college -educated women ought to be the most motivated to prevent this pseudo-polished slimeball from grabbing power. Why? Because they have the most to lose - namely control over their own bodies - as in personal reproductive choice.

Obama casts the Virginia election as historic, but will his energy spark Democrats to vote? 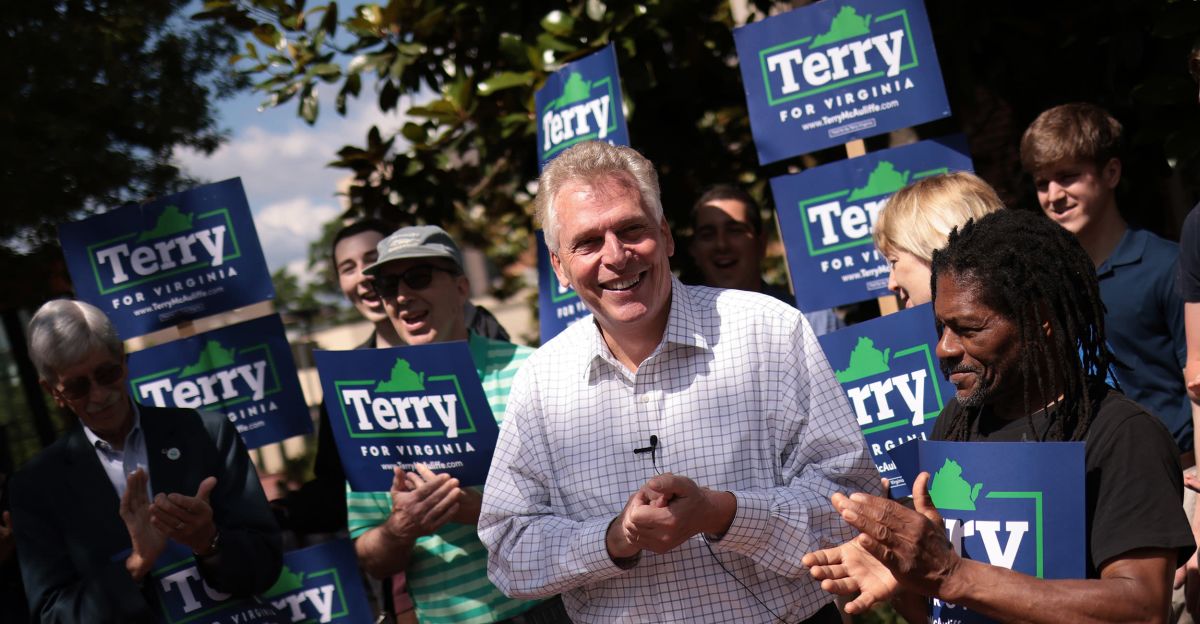