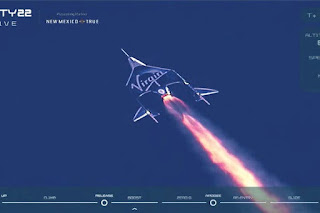 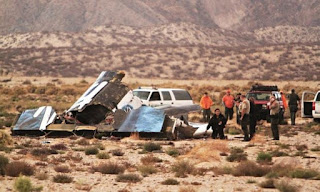 "It isn’t often that we see a New York Times paragraph so freighted with syrup and honeyed goo, but there it was on Sunday afternoon, like something you’d order at IHOP to beat back a hangover: “Soaring more than 50 miles into the hot, glaringly bright skies above New Mexico, Richard Branson at last fulfilled a dream that took decades to realize: He can now call himself an astronaut.”

Better lede: “Fulfilling his desire to beat a fellow billionaire into the lowest verge of space, notorious tax cheat Richard Branson burned some of the money he owes his home country in order to fling himself past the troposphere so he could experience weightlessness for as much time as it takes to make a decent bowel movement."-   William Rivers Pitt,  smirkingchimp.com

Well, Richard Branson and his crewmates got their $1 billion-plus joyride yesterday just beyond the minimal Karman line at 56 miles. The flight took off around 10:40 a.m. Eastern time from Spaceport America in New Mexico, about 180 miles south of Albuquerque.  For the first 9 minutes, and up to 46,000 feet, it amounted to a glorified plane ride while attached to the 'mother ship', Eve. The space plane (dubbed 'Unity') then separated from the carrier ship around 11:25 a.m. EDT and ignited its engine for about 60 seconds, carrying Branson and the crew into space. Video footage from the live stream showed him and the crew experiencing weightlessness.

Minutes later, the plane began its to return to Earth in a glide, and soon landed safely on the New Mexico spaceport’s runway. Mr. Branson, speaking into a camera in the plane’s cabin during the glide, called it “an experience of a lifetime.”  Well, uh yeah, I guess it beats trans -Atlantic jet junkets.

Those who missed it can access the Virginis broadcasting coverage of the flight and its aftermath.   In the context of manned space firsts, the event was so-so,  meaning 'So what?'  Indeed, Alan Shepard's suborbital Mercury- Redstone flight on May 5, 1961 puts it in the shade.  Shepard's mission lasted 15-minutes aboard his space capsule Freedom 7, setting a precedent for the remaining six Mercury astronauts naming their spacecraft.   His spacecraft reached an altitude of 101.2 nautical miles (116.5 statute miles, 187.5 km) and traveled a downrange distance of 263.1 nautical miles (302.8 statute miles. )

What sets Branson's event apart is that it is an entrepreneurial space effort and makes space - or rather near  space - commercial sojourns safe for billionaires and the ultra rich.  Virgin Galactic has already  said (WSJ,  July 10-11, p. A4)  it plans to initiate commercial space flights that generate sales in 2022. The company founded by Richard Branson has reported 600 reservations for future flights backed by $80 million in deposits. It reported a loss of $273 million for last year and, compared with Blue Origin and SpaceX, has a business model that is more deeply tied to the emergence of a space-tourism sector.

Again, read that correctly: the emergence of the ultra, first class luxury space tourism sector.  At around 250 grand a trip neither I - nor I warrant most blog readers - would be able to afford such near space getaways.  We will have to settle for jetting off to Barbados or maybe New Orleans.

Watching the reports from MSNBC and the events ahead of takeoff, the Spaceport America facility had the feel of a festival, with guests of Virgin Galactic eating food and listening to a DJ, who at one point tried to get a dance contest started and reminded people to put on sunscreen. Some guests, wearing purple “Unity 22” T-shirts—Sunday’s flight is the 22nd for the VSS Unity––milled in and out of a building for the event and near a stage set up outside. A band occasionally warmed up. Around 500 guests were in attendance, including Elon Musk and New Mexico Gov. Michelle Lujan Grisham.   All in all the event came off as a pre-planned product of astute showmanship:  a huge branding exercise (for Branson's Virgin Galactic),  along with a rich guy's fulfillment of his childhood 'space man' fantasies.

Less noted, but clearly in the background, is that Branson had a ton of motivation to put the 2014 crash of his Space Ship Two well in the rear view mirror.  And nothing achieves such  a goal as success in a current manned mission.  Success though it was let's bear in mind it was not a "space first" as the media has hyped the event.  Hell, Branson's Unity craft barely touched space.

It was basically the achievement of a rich man's ego trip that happened to marginally involve space - or rather the edge of space.  The future of Branson's venture also will not be plumbing new cosmic mysteries, or doing research.  It will be ringing up ka-chings for his new breed of multi-millionaire space tourists. As former NASA  astronaut Mae Jemison put it this morning on MSNBC: "How can you talk of the democratization of space when the vast majority of people will not be able to afford trips like these?"

Good point.  But bedazzled by Branson's showmanship most of the media don't want to hear it.  They'd rather gush about the "launching of a new era of space." 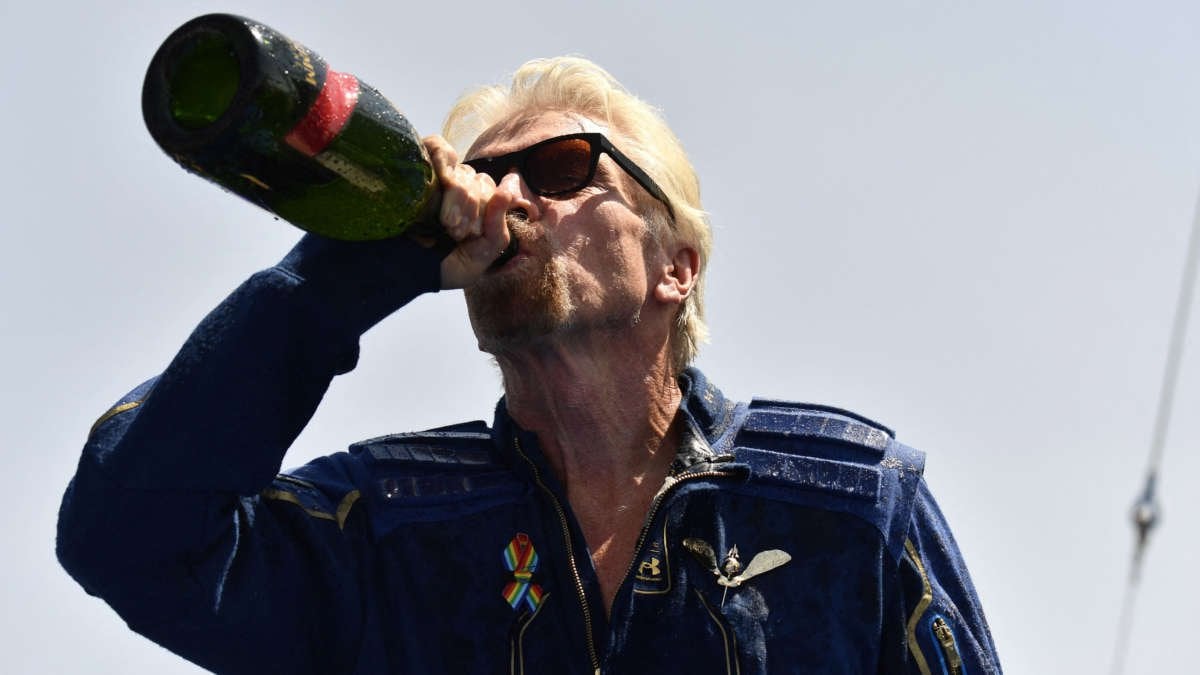 Space & Astronomy | Wealth Inequality
The Commercialization of Space: It Had to Happen, I Suppose.