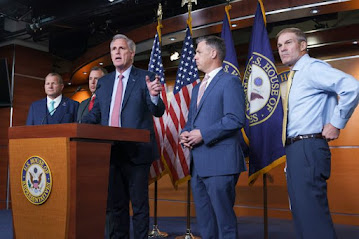 GOP Whiners: Kevin McCarthy at podium, Jim Banks and Jim Jordan
Well it had to happen! House Speaker Nancy Pelosi on Wednesday rejected two of five Republicans chosen by Minority Leader Kevin McCarthy to serve on the Democratic-led select committee investigating the Jan. 6 assault on the U.S. Capitol, saying that their involvement would hurt the integrity of the probe.  Which is putting it mildly.
Retaining the pair of insurrectionist Trump defenders:  Jim Banks (IN) and Jim Jordan (OH) would have rendered the House Select Committee a toothless laughing stock and undermined every effort to get to the truth.  Indeed, given I already singled out Jordan as a primary 'bomb thrower' and disrupter, e.g.
it would have been utmost folly to have retained him on the Select Committee.  As I wrote in that post:
In A CNN report it was noted that Jim Jordan offered himself as willing to be the point guy for the Reeps.  Why volunteer? Because Jordan knows - as does McCarthy- he's the best pick to disrupt committee proceedings and keep it off track.
Or to employ the parlance and analogy of former Mike Pence aide Olivia Troye last night on ALL In:
I look at Jim Jordan and I think about the 9/11 Commission. Now, would you appoint one of Osama bin Laden`s lieutenants or deputies, really, to serve on the 9/11 commission? Would you have done that to get to a fact-finding mission because that`s how I view this. Because appointing Jim Jordan and letting them serve on this committee is basically obscuring. It`s doing a cover-up.
Exactly!  It would be as deliriously dumb to keep Jordan - domestic terrorist that he is - on the committee, as a 9/11 commission retaining one of Osama bin Laden's deputies. No hyperbole at all, especially as Conrad Brumbaugh - my Revolutionary War ancestor- would have hung his traitor ass in a New York minute.  Ditto for Banks, though to a slightly lesser degree.   Thus, Nancy Pelosi was totally justified in being proactive in protecting the committee's integrity.  This is particularly as Ms. Troye also pointed out the malignancy of the Trump-GOP traitor movement is still going on;

This movement isn`t going away. It remains out there, right? People still believe that the election was stolen. It`s leading to all sorts of endeavors going on across the country right now, guys under the guise of election integrity, we`ve got that going on. We`ve got threats against election officials happening that we`re worried about in upcoming elections. This is ongoing.

And not only that, these domestic terrorism groups that were in bed with all of these situations that happened that day on January 6, this is a movement that`s metastasizing across the country. This is something that we need to get to the bottom of. This is radicalization here on the U.S. soil.

As Mrs. Pelosi herself stated in giving her reasons for the rejection to Kevin McCarthy:
“With respect for the integrity of the investigation, with an insistence on the truth and with concern about statements made and actions taken by these members, I must reject the recommendations of the two lawmakers. The unprecedented nature of Jan. 6th demands this unprecedented decision.”
So it was kind of funny to see these traitor whiners and seditionists howling like stuck pigs yesterday in a hastily called news conference.  Especially the slimeball  Jordan - defiant looking as if he wanted to brawl - and who had to know he was already exposed as a January 6th plotter with Trump, i.e. in the new book “I Alone Can Fix It,  by Carol Leonnig and Philip Rucker.  So why on Earth would Nancy Pelosi allow a de facto insurrection plotter - who actually had lunch with Trump on the date- to sit on the Select Committee?  It would be total insanity!
Mrs. Pelosi said she was willing to appoint the other GOP members tapped by Mr. McCarthy: Reps. Rodney Davis of Illinois, Kelly Armstrong of North Dakota and Troy Nehls of Texas. She requested that Mr. McCarthy recommend two other members to replace Messrs. Banks and Jordan.

McCarthy, in his presser, barked that Pelosi’s denial of his picks “represents an egregious abuse of power” that will damage Congress. “Denying the voices of members who have served in the military and law enforcement, as well as leaders of standing committees, has made it undeniable that this panel has lost all legitimacy and credibility,” he said.

Doesn't matter. If they are seditionists, insurrectionist traitors all bets are off.  As Olivia Troye put it in respect of Jordan:

It was the likes of Jim Jordan`s platform and his rhetoric, and others who led to the inciting of that moment and that mob attack in the U.S. Capitol. And that`s exactly what this committee will get to the bottom of and we`ll investigate. It`s a fact-finding mission first and foremost. This is a national security investigation.

And when one heard Jordan at the Reepo presser Ms. Troye's All In comment clicked, e.g.

"I guess when you stop and think about it, it doesn’t surprise me. This is what I’ve said for the last 48 hours: This is all about attacking President Trump again.”

No, you cockroach traitor!  It's about a more civilized way of exposing the orange maggot's treason and sedition - as opposed to say, putting him on a rack and applying some burning iron rods to get him to confess - then hanging him.   Let's also remember the 'Pukes had their chance to have an equal voice.   Senate Republicans blocked an effort earlier this year to set up a bipartisan, independent commission, saying Democrats would politicize it.  In fact, they knew the exposure would incinerate their chances of any midterm election wins if the extent of their treason and role in the bloody insurrection was exposed. After all, it was Trump supporters in MAGA red caps and bearing Trump flags laying waste to the Capitol.

McCarthy knew this, and also - Trump asslicker that he is - that Trump wanted no part of any serious investigation.  In effect, McCarthy had to know in advance his pick of Jordan would certainly be rejected by Pelosi.  He did it anyway because it gave him an excuse to pick up his widdo 'ball' and go home, trying to paint a partisan tag on the committee.  Higher IQ people know it's all performance, all histrionic play acting for the benefit of the Dotard.  McCarthy's posturing included saying 'This is the people's house, not Pelosi's house!'   Missing the point that traitors have no house.  As for wrecking the institution that is all on the GOP insurrectionists.

As for today's WSJ editorial ('Pelosi Blows Up Her Jan. 6 Committee'), no - Pelosi preserved the integrity of the committee. She did this by removing two avowed saboteurs -  only interested in derailing it-  which intention they telegraphed in advance.  Only a certified moron would believe Jordan and Banks would approach the investigation in any kind of serious manner.

Let the Reich wing pundits and Repuke traitors cry, piss and moan.  Let the latter even do their own clown show "investigation", who gives a flying fuck? Nancy Pelosi did the courageous and patriotic thing -knowing the partisan blowback she'd get. Now that all 5 of McCarthy's traitor saboteurs are history - thanks to him- we can finally expect a substantive investigation to expose the roles of Trump, Jordan, McCarthy and the  other Reep seditionist sewer rats.

Jordan’s strategy is not to distort, bend or spin the truth. His rhetorical technique is to bellow absurd lies at the top of his lungs in the hope no one else can be heard. His selection — blocked, thank goodness, by House Speaker Nancy Pelosi (D-Calif.) — was a malicious choice, by a hollow leader, of a detestable partisan, in a treacherous cause. 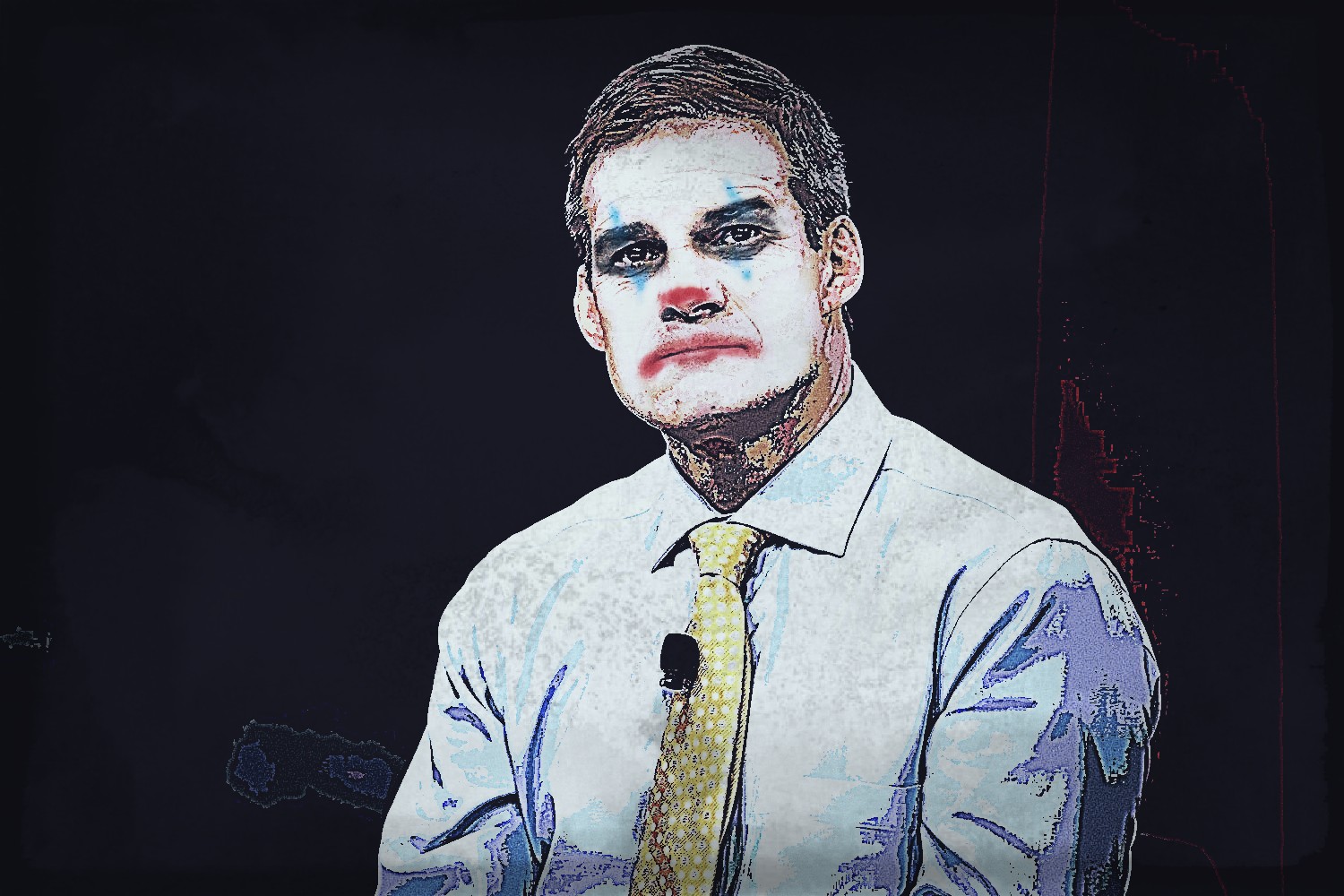 Media
Media's "Both Sides" Obsession Has Gone Too Far: Jan. 6 Commission Fight Is Fault of the GOP Only 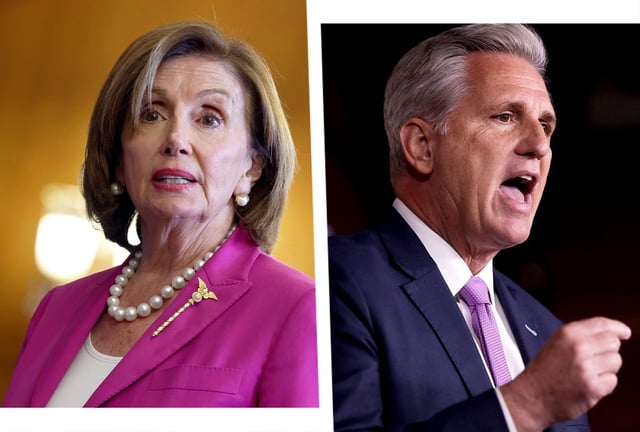 The most important thing to remember about the formation of the select committee to investigate the January 6 Capitol riot is this: Speaker of the House Nancy Pelosi gave Republicans multiple opportunities to act as good faith investigators who want to help reveal the truth, instead of as insurrection co-conspirators who are running interference for Donald Trump.

Democrats tried to create a bipartisan committee through official congressional legislation, but Republicans stopped them. Democrats then went at it by themselves, creating a select committee with the House leadership powers, yet still decided to invite Republicans onto the commission as an act of good faith. All Republicans needed to do was act like adults who believe fascist coups are bad business, instead of a bunch of clowns whose only goal is to disrupt the proceedings. House Minority Leader Kevin McCarthy, however, could not pass this basic "adults or clowns?" test. He picked clowns, including Rep. Jim Jordan of Ohio, who has a pair of the biggest shoes and some of the thickest greasepaint in the highly competitive field of authoritarian buffoons of the GOP. Picking the QAnon shaman would have been a more subtle effort at sabotage, but "subtle" isn't exactly a popular aesthetic in Republican circles today.

And so Pelosi did what any sensible person who wants a real investigation instead of a conspiracy theory circus would have done: She said no thank you to Jordan and Jim Banks, R-Ind., who honks his nose less loudly than Jordan but is no less a far-right saboteur.

During Donald Trump’s second impeachment trial, video footage of events on Jan. 6 revealed just how close Mike Pence came to falling into the hands of the people who were chanting for his execution. Fourteen minutes after the mob of Trump supporters first breached the Capitol, Secret Service agents led Pence from the Senate chamber and down a flight of stairs. He entered that stairwell just seconds ahead of the arrival of insurgents, some of whom were carrying rope or zip ties. Had those insurgents not been delayed through the actions of Capitol Police Officer Eugene Goodman, they could easily have been there to capture Pence and take him to the gallows waiting on the lawn outside.

But in addition to Pence, they might have captured something else that would have been especially problematic. For most of us, our electronic devices—phones, tablets, and laptops—are regularly trusted with our most confidential information. That’s one of the things that helps to make these devices our constant companions and among the most vital objects that we own. However, there is still information that’s considered too valuable, too sensitive, to be trusted to any electronic device, and one prime example was in the hands of a military aide who was with Mike Pence as he fled from the Senate.

That aide was carrying a small satchel, and inside that satchel was a book listing the locations of classified military sites, a description of how to activate and use the Emergency Broadcast System, a “black book” of pre-planned military actions, and a small card that contains the codes necessary to authorize a nuclear strike. That aide was with Pence at the top of the stairs in the video that was shown during the Senate trial.

The Jan. 6 insurgents didn’t just almost get Mike Pence. They almost got the backup copy of the president’s Emergency Satchel. Better know as the “nuclear football.”

As Reuters reports, concern over how close the satchel came to being captured by the Trump horde is calling for a review of just how the vital information is carried and secured. Some form of the football goes back to President Dwight Eisenhower, but it was concerns from President John Kennedy that created the system that’s still followed today. Both the president and vice president are closely pursued by aides who have the current information necessary to respond if the nation were to fall under sudden attack.

Following the events of Jan. 6, in which one of the footballs almost went into the hands of insurgents calling for the overthrow of the elected government, there’s a concern that this 60-year-old program may be due for some review.