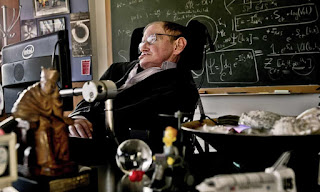 Stephen Hawking  warned in 2015 that hostile aliens could use genetically engineered viruses or parasites to subdue humans, take  Earth

On a 2015 Discovery Channel series, the world famous theoretical physicist Stephen Hawking boldly speculated about the possible encounter of the human species with a colonizing alien intelligence. Hawking didn’t mince words or soothe fears that the encounter likely wouldn’t go our way, and compared it to what transpired to the native populations -mainly the Arawaks- after Columbus alighted on their beaches and islands. Not to put too fine a point on it, but within a few years the native population was decimated.  By analogy Hawking postulated the easiest was for a hostile alien race to displace humans:  Seed the earth with parasites that prey on humans and simply wait for the die out.

The best design would be for the alien-engineered parasite to essentially deprive the human host of all key nutrients, leaving the cells to basically starve. (Or, maybe neutralize all electrolytes in the blood.) Using diffusion equations (or something similar)  to what was already shown, they could then estimate or even calculate (given say 10  billion parasites deposited) how long before all humans would starve to death. This may  be anywhere from three to eight months, depending on a number of factors -- but the patient aliens would simply bide their time and wait us out. No fuss, no ray guns, no ships  in the skies, just dead humans...eventually. Afterward, the clean up crews enter, and the  way is rendered clear for new inhabitants.

Grisly? Perhaps., but much more realistic than the shoot 'em up idiocy that now passes  for the first encounters with an aggressive, intelligent alien predator species.

Even more grisly, humans wouldn't have a clue what was happening to them, until possibly too late. All they'd recognize is something that appeared to be a massive new  plague. Eventually, some wizard might detect or locate the source - the actual parasite - but by then it might be too late.  Especially if the organism is capable of concealing itself in a secondary host,  like the schistosomiasis fluke in the snail.

In 1978 the British Astronomer Royal, Sir Martin Ryle, pleaded for extreme caution in restricting any and all types of electro-magnetic signals and noise emanating from our planet. He warned that it would be foolhardy to be anything but passive listeners given we don't know anything about alien intentions - should they receive a calling card from  another world. Of course, Sir Martin likely based his cautions on a paper in the journal  Science two years earlier, which showed how an advanced alien civilization could put  together a detailed picture of life on Earth, especially of our defense capabilities.

And if they came our way would we see an armada of alien ships hovering or landing, rayguns zapping us, and our missile defense reacting? Hardly! More plausibly, if they're intelligent enough to make it this far, and as aggressive as I suspect they'll be, they would surreptitiously enter from the outer edge of the solar system (cloaking all EM signals). Next, they'd probably set up a standby base on Pluto's Moon, Charon, and dispatch robot probes laden with special, genetically engineered parasites to Earth, to remove us. They could probably send out a thousand or so hollow probes laden with billions of such organisms, and land them in fresh water lakes on Earth wherein they'd have the maximum effect.

The depiction of a more aggressive scenario in which Xenomorphic viruses are dropped onto a human victim population was perhaps best shown in the scene below from the movie, Alien Covenant:

It shows the advanced android 'David" opening up the huge bay of a mother ship to drop the black goo mix of virus and parasites onto the unknowing humans below.  Before they know it, they have been disabled and are gagging as the Xenomorphic goo suffocates them then invades their bodies, remakes their DNA.

To be sure, it is doubtful that advanced aliens planning a re-colonization of Earth would resort to such a brutish, direct method.  Hawking suspects, as I do, the method of deployment of engineered virus, parasites would be vastly more subdued and sub rosa - under the table as it were.  This might mean depositing the viral loads unobtrusively in thousands of reservoirs at night. Ingestion of any of the water would then ensure infection.

All the aliens would need to do is patiently wait, maybe one month or two, so the virus can do its job.  One imagines - as Hawking did - a virus engineered to be similar to Ebola but airborne and with vastly increased lethality and transmission.

The other option - or perhaps in addition - is the use of parasitic spores similar to a lethal fungus.  The spores germinate, hyphae (filamentous processes) outgrow and release destructive juices which digest the host tissue and provide nutrition to the rapidly growing fungi. As they grow in the nasal cavity they relentlessly destroy the surrounding host tissue. The bones in the nasal cavity and sinuses are destroyed. These include the hard palate, the orbital bones, and the skull base bones. Black masses may be seen in the nasal cavity and oral cavity. If it destroys the orbit and enters the eye socket it may cause bulging of the eyes, pain, frozen eye movements, and blindness. Once it enters the cranial cavity by breaching the skull base it blocks major arteries and venous lakes resulting in major life-threatening brain strokes and bleeds. Ultimately the alien fungus literally "eats" the soon to be corpse.  On an 8-billion plus population scale the whole process of elimination might take from 4-6  months.

This is appropriate to ponder now as a number of pundits, including Neal DeGrasse Tyson, have gone on record mocking the "UFO tic tacs"  i.e. apparently targeted in Navy pilots sights, e.g.

One writer for The Atlantic even sarcastically noted that all the supposed occupants wanted to do was "play games" with terrestrial pilots, hence couldn't be real.  Hawking's position is that it would be folly to retain such condescending false superiority as our only perspective on possible alien visitations. Even physicist Freeman Dyson warned, in a 1972 speech, that the civilization we actually first meet may not be benign at all - but "galactic predators".

Hawking warned repeatedly in the 'Discovery' series episode that hubris-filled humans would do well to remember the lesson of Columbus, in conquering indigenous peoples with ease back in the 15th century. An aggressive, advanced alien species would have an even easier time with current humanity- already on its heels merely from a terrestrial virus.

Though the probabilities of a hostile extraterrestrial incursion might be somewhat remote, we would do well to bear these issues in mind - and maybe hope the aliens we do meet have our interests at heart, as opposed to eliminating us.