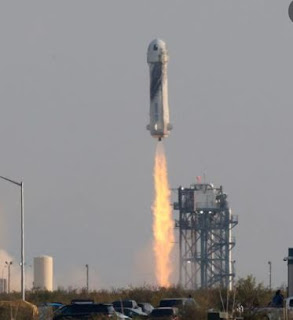 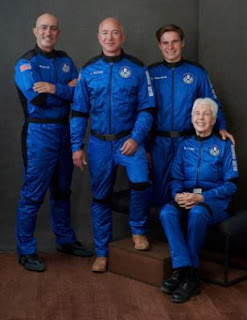 Bezos and his team -  space tourists, not astronauts

Jeff Bezos' joyride into space Tuesday morning  has - like Richard Branson's VSS Unity launch- been hailed as some kind of major space achievement.  It wasn't, and in the scheme of things not even as significant as Alan Shepard's suborbital 'Freedom 7' flight aboard a Redstone rocket 60 years ago. Nor is Bezos an "astronaut" like Shepard was. He was, for all intents and purposes, a passenger aboard an automated craft controlled from outside.  An astronaut- by contrast- is a trained space vehicle occupant who on any given mission has one or more assigned operational roles.  The only role Bezos and his crew of three had was to frolic in zero g at the apogee of their jaunt and gaze through the giant capsule windows at the Earth below.   Merely getting to the Karman line or passing it does not make them "astronauts" but rather marginal space tourists.

Where Bezos does deserve credit is in the Blue Origin craft itself, which was a self- supported rocket  delivering over 100,000 lbs. of thrust to take the crew in its capsule 62.4 miles up.   There was no "mother ship" needed to carry the craft up to some designated  pre-launch altitude like Branson's VSS Unity.

Bezos himself made a number of grand claims on the future of such commercial space travel - which we can take with the proverbial grain of salt-    because for the next 50-100 years at least it will only be for the wealthiest humans.   He also voiced the need for protection of Earth, our only viable home planet, including "moving all industrial activities into space".  In his words in one of his interviews:

"When you get up into space and see the Earth's atmosphere, it's so thin and fragile looking so you do want to take care of this planet.  This sounds fantastical but we can move all heavy industry and polluting industry off into space."

He estimates "many decades"  -  50 to 100 years-  to do that, but the  rapidity of climate change will ensure Earth is toast before the first Earth-polluting space factory is operative.  (See last link which follows this post)   It was also disingenuous  of Bezos to compare such a monstrous effort to the development of air travel "from Kitty Hawk to the 787s of today."   Unappreciative of the fact it's  whole twenty orders of magnitude difference between advancing air travel from  known aeronautics and the physics of jet engines - to moving whole polluting factories into space and making them efficient and operational.

Bezos also proclaimed that the Blue Origin rocket engine generates power but with minimal environment impacts.  Overall, we still know very little about the environmental impacts of space tourism, and we likely won't find out until launches occur with far greater frequency. A report published by The Aerospace Corporation provided the basis for Blue Origin's claim that its rockets have "minimal" ozone impact.  But that doesn't mean no impact.

Bezos  claimed in a post launch interview yesterday that his hydrogen rocket fuel is a "clean", environmentally friendly energy source.  But is it? The Blue Origin rocket which Bezos and his crew rode yesterday  actually combines liquid hydrogen and liquid oxygen in its engine to generate thrust, meaning "the main emissions will be water and some minor combustion products, and virtually no CO2." This according to Darin Toohey, an atmospheric scientist at the University of Colorado, Boulder.

Water in rocket exhaust can increase the number of clouds in the atmosphere, Toohey added, including the iridescent "mother-of-pearl" clouds often seen at sunset after a launch. These can impact the upper atmospheric layers known as the mesosphere and ionosphere, but because the number of rocket launches is so low at present, they are not much of a concern in climate modeling.

Carbon dioxide pollution from spaceflight is still fairly negligible, with rockets accounting for around 0.0000059% of all CO2 emissions in 2018, according to Everyday Astronaut. (By comparison the airline industry churned out around 2.4% of global CO2 emissions that same year). But while ice and clouds can reflect sunlight back into space and reduce global heat, water vapor is a more potent greenhouse gas than carbon dioxide, and the longer that vapor remains in the atmosphere, the greater it will heat our planet.

Large quantities of water vapor are produced by burning the BE-3 propellant, while combustion of both the VSS Unity and Elon Musk's Falcon fuels produces CO₂, soot and some water vapor. The nitrogen-based oxidant used by VSS Unity also generates nitrogen oxides, compounds that contribute to air pollution closer to Earth.

Water vapor in the higher parts of the atmosphere "is not completely harmless," according to one scientist - Florian Kordina - writing in Eos. Adding:  "But since New Shepard will cut off its engine relatively early in the flight, very little [water] will even get high enough to stay up there."

Which is good to know.   At least Bezos "clean" rocket fuel brag therefore seems accurate. But what about his other claims yesterday about making the Earth more livable for its teeming billions, and doing something about climate change.  I suspect we need to take this with another grain of salt especially when Bezos said  in a 2018 interview published on Business Insider:

Of course that is preposterous on its face. First, as Bezos already conceded yesterday the Earth is the only "good planet",  that can support life.  Hence the "trillion" humans boast just means humans  would all be packed cheek to jowl on Earth - an environmental catastrophe of epic proportions. I already skewered a related idea (one billion Americans) in a post last year, e.g.
Second, a trillion consumptive,  CO2 -generating humans on Earth would totally wreck the thin atmosphere Bezos insists he wants to protect.
Perhaps Bezos most ill - considered comment after the flight was thanking Amazon workers for making the space jaunt possible.   Perhaps he was thinking (though I doubt it) of associates like  Heike Geissler, whose book (Seasonal Associate) laid out the brutal conditions she had to endure working in a fulfillment center in Leipzig, Germany.   In one particular harsh day she writes (p. 100):
"You replace the Band Aids on your hands. Your thumbs, forefingers, middle fingers  on both hands now have long hangnails from all the reaching into totes and boxes and from cutting and folding cardboard. Harmless irritations but they make every movement harder."
Poor Heike doesn't elaborate on the need for 'Depends' because the automated  timing system used by Amazon doesn't allow enough time to use the rest room and get back to all the tote and consignment areas without incurring demerits.   As Janice opined after Bezos blurted out his 'thanks to the workers' comment:  "Maybe he can cut them some slack so they no longer have to buy dozens of Depends each week."
Maybe, but somehow I doubt that's on a multi-billionaire's priority list.  Especially a guy who increased his personal wealth by $127 billion from 2006 to 2018 while paying a 1.1 % tax rate.   Besides, he already left as Amazon CEO.
See Also:
Wealth Inequality
The Fake Heroism of Space Billionaires
by Robert Reich | July 20, 2021 - 6:55am | permalink

Once upon a time, long long ago, people with names like John Glenn, Alan Shepard, Buzz Aldrin, and Sally Ride blasted into space. None was selected on the basis of income or wealth, but on skill and rigorous training. Their heroism – and we regarded them as national heroes – symbolized America’s technological prowess and egalitarianism.

....Today’s space race could not be more different. Bezos, Branson, and Elon Musk, the third billionaire racing into space, aren’t “we.” There’s no common good in their achievement. They symbolize the extreme apex of wealth today, some of it gained by paying their workers rock-bottom wages and shutting out competitors. They’re closer to the robber barons of the first Gilded Age. 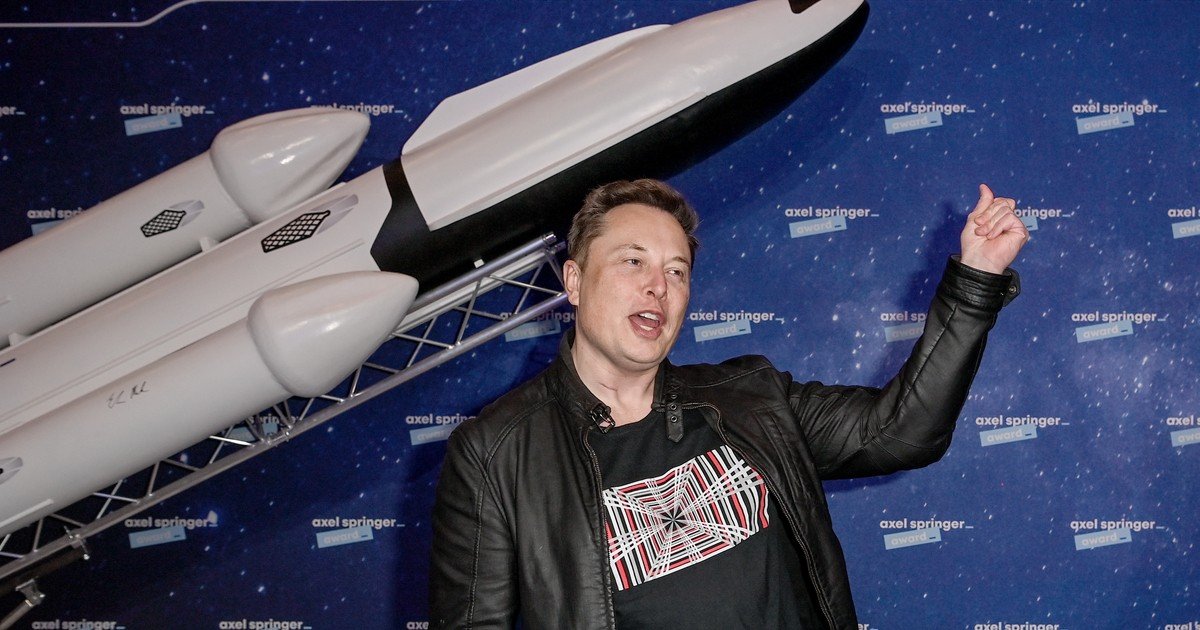 AND:
Environmental Policy
Are We Prepared for Pandora's Box of Climate Catastrophes?
by Simon Whalley | July 21, 2021 - 5:32am | permalink 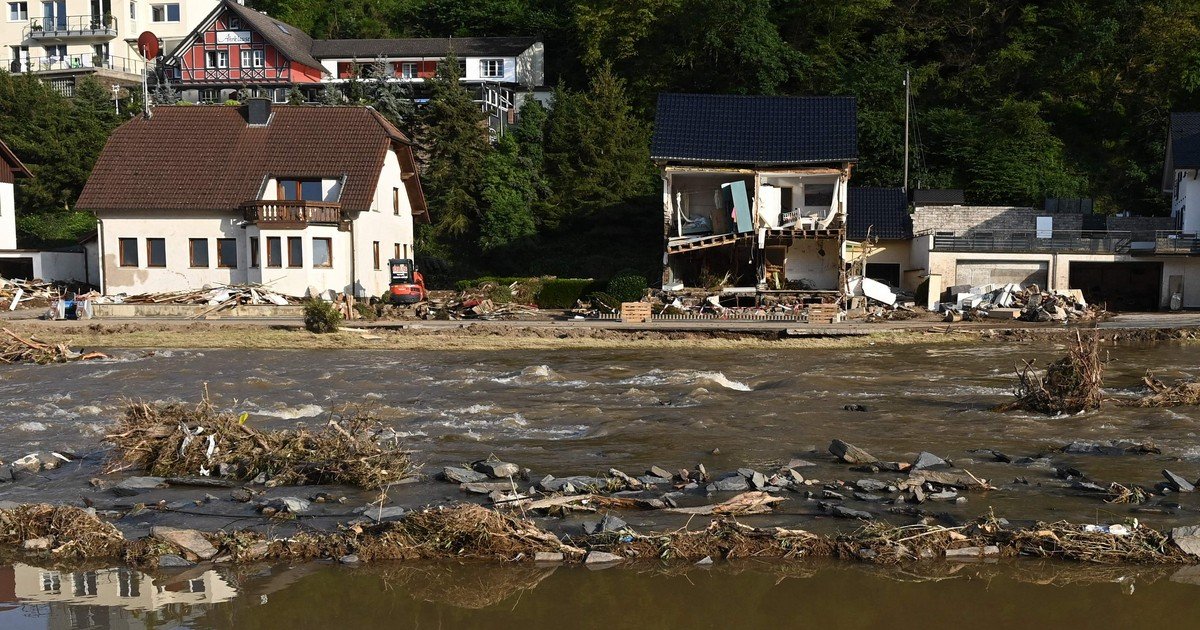