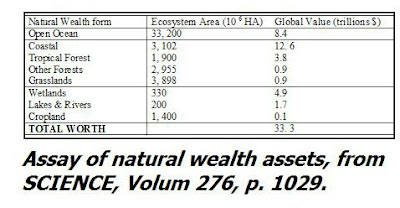 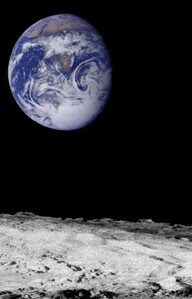 It isn't surprising that arch-capitalists like William McGurn ('And Baby Makes Seven Million', WSJ, p. A17) would aggressively defend lax birth control policies and waylay Thomas Malthus, because at the end of the day their economic system depends on babies - well, at least future consuming babies that then get "branded" as future consuming adults!

After all, capitalists now generate products purely for profit, not out of societal need. Somebody wants seersucker pants with pleats and no cuffs, then some biz profiteer somewhere will make them if the consumption level is right. And often, these collaborative concerns drive consumer demand instead of catering to it. In the end, American GDP depends on the consumer, by as much as 70%, and at that level "need" must take a rear seat to generated "wants". If the consumer pinches pennies, American businesses, banks and capital are threatened and they squeal like stuck pigs as we have seen, e.g.

The more consumers then, the better.

The problem is that capitalists like McGurn are hoist on their own petards but they don't even know it. Maybe they're too dumb to know it, being capitalists and all. Here's the deal, in a land and planet with finite resources, the rewards...or incomes, if you will,...add up to a zero sum game. Oh, the capitalists will try to convince you otherwise, but this is their shtick and trademark. What that zero sum game means is that the more a few have, the less everyone else has. You cannot simply multiply loaves and fish like in the Bible!

If then there are many more millions of working-age Americans since 2000, i.e. 15.6 million or about 120,000 added per month, it stands to reason there will be fewer and fewer jobs for each of them. In order to reverse that one would have to have a steady job creation at the rate of at least 120,000 a month or what we call population replacement level. But a spanner got tossed into the works in 2008, when nearly 8 million more became jobless with the financial meltdown. That meant the country not only had to make up for population replacement, but for all those millions of jobs lost too!

Is anyone still wondering why today we have more than 14 million unemployed and 24 million under-employed? DOH!

Of course, this is the other end of the capitalist's fairy tale on population growth, but not necessarily a bad one! While true, there will be millions less consumer units to prop up the GDP, there will however be millions more in a vast labor surplus to keep the employment "rent' down - meaning bargain basement wages, fewer benefits and all kinds of large and small injustices (such as WalMart workers now having to cough up more for health insurance) and if people don't like it...well, there are many thousands standing in line desperate for work!

But see, it is precisely the population overflow translated into large labor surplus or if you will, a vast pool of surplus laborers, that makes this possible. Limit the number of the available workers and the conditions are reversed, now in favor of workers as opposed to capital. When the labor supply is much smaller, then, the workers can command higher wages and more benefits.

It's all a matter of numbers.

In his column today, it's obvious McGurn takes a dim view of natural limits, as most capitalists do. This despite the fact the human footprint is now consuming 1.5 Earths every year - which even a dope in math would understand is unsustainable.

One of the first insights one gains in doing astronomy at any level is the immensity of the cosmos, visibly disclosed in numerous photographs, e.g. taken of the Earth during the Apollo lunar missions. From these photos, the first thing we may dispense with is that the planet is “infinite” in size, or has an “infinite” or unlimited amount of resources (which is essentially saying the same thing).

Logically, from this point, if any non-renewable resources are removed and consumed from a finite planet, then there must be fewer left behind. Already we can see that this is indeed a “zero- sum” game and one cannot simply create or fabricate any x amount of products or artificial wealth - whether in the form of ipads, autos, tables, Donald Duck pajamas, Nike running shoes or dvd players.....without impoverishing or degrading the most fundamental natural wealth of the planet.

Of course, the reason capitalist economists can get away with asserting “markets produce wealth” or some such nonsense, is because they conveniently ignore what are called “externalities”. These glaring and inexcusable omissions as ecosystem global monetary values, were assayed for one particular year in the study Putting a Price Tag on Nature's Bounty, Science, Vol. 276, p. 1029). The key table is reproduced above.

Of course, since the above table was produced, the planet has seen a natural wealth loss probably in the $3-5 trillion dollar range. This factors directly into Prof. Herman Daly’s contention that humans (on average) are growing poorer by the year as more resources are consumed, degraded and not replaced. As an example, consider ‘wetlands’: thousands of acres of which were destroyed for development in the delta region of southeast Louisiana. This directly set the stage for the major mauling New Orleans took from Hurricane Katrina – which damage will surely come into the half trillion dollar range when all added up. In effect, a superb natural protective barrier was destroyed in the interests of a capitalist “free market".

This exclusion of natural capital, because it is claimed to be 'unquantifiable' - means that economics – and especially all so-called “free market” theories - cannot possibly be objective, since they’re omitting the basis of many of the resources consumed or polluted for the use of so-called production capacity.

If one isn't aware of the total costs of production, one can't possibly set a genuine price on goods, and that alone demolishes the pet concept of "law of supply & demand" (which is certainly unlike any Newtonian law of physics!) so many economists exalt.

The capitalists' game is somewhat analogous to a corporation like Enron hiding liabilities in offshore accounts, and re-naming them “assets". It temporarily helps their bottom line - but sheds no objective light on the underlying process.

In McGurn's case, he argues that the primary error of Thomas Malthus was "humans were primarily mouths to feed and not minds to be unlocked"

Cute, but total bullshit! McGurn is clearly too dense to process that unless those new mouths are fed, they won't be doing any thinking, and certainly not of the radically transformative, energy intense form he and his capitalist Pollyannas demand! The sad case right now is the Borlaug revolution is almost all but spent, and climate change and its droughts will easily wipe out the projected food stores that are left ...well, those that aren't used to make fuels like ethanol ! Not to mention the fact that the soil itself is giving out from over-use. All over the planet farmers are complaining of far lower yields, and this is one reason the Chinese are ordering ten to twenty times more the grain they used to ...to feed their livestock so their newly rich people can now eat meat!

McGurn argues that it all comes down to one's concept of the human person (imagine a rank capitalist lecturing us on such a thing!) We can either view a human as another mouth to feed or a newly awaiting mind ready to be opened! And if the latter, how.....how can we possibly seek to reduce the number of people "at the banquet of life"?

Well, easy, bozo...if you know the banquet table is limited! As is the food supply!

But McGurn's worst transgression is giving short shrift to the looming problem of population crash as the planet's conventional oil supplies dwindle. Given the evidence shows Peak Oil was in 2005 (that is, the peak of conventional oil) it also implies we can expect fewer and more costly food sources...since oil is required not only for the fertilizers that grow food, but also for the fuel to transport it and warehouse it.

One thing we also do know about these capitalist yappers and clowns: they will be well tucked away in their safe 46-room (with a pool, 12 jacuzzis) hideaways and enclaves, enjoying their 18 holes of golf followed by chocolate scrubs and rose wine wraps...while the rest of the over-populated planet basically cannibalizes itself in the midst of a steaming climate inferno ...and no reserve energy to cool off...or even move to a more amenable locale....if one were to exist apart from the guarded and gated communities of the wealthy!
Posted by Copernicus at 12:53 PM