So, Why Don't Techie Kids Know How to Google? 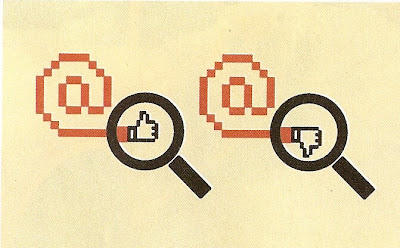 Everyone has heard all about this trope until blue in the face: today's kids are cheeze whiz wizards at anything tech, from video games, to tweets to all things digital or techie. Give them any tech task and they'll run rings around the "goobers" or older folks. Leave them in the dust and wondering what happened.

Evidently some new research discloses these young wizards are not as tech-savvy as they believe, at least when it comes to Googling. As we know, and can agree on, the ability to do a properly formed and limited -specific net search, by whatever engine one chooses, is the key to information advantage and also shows the adept googler is able to discriminate levels and quality of information. As opposed to just pulling up garbage and accepting it.

I often see this inadequacy first hand, while volunteering at AllExperts.com, wherein many of the more youthful generation ask questions (say in astronomy) that could easily be addressed if they just applied the proper search skills to googling!

Anyway, according to a study carried out by a group at the College of Charleston, a group of college students was assembled with their computers, and asked to look up the answers to a number of questions. As the researchers expected, the students typically relied on the searches only at the top of the lists - or the first few googled pages - deeming these of the highest reliability.

However, anyone who's done serious googling, say for serious research or books, know this is bollocks - and often you won't get decent search results until page 33 or beyond! For example, Christian Fundie Young Earth star Jason Lisle, whose groupies and fellow bible believers have ensured gets slanted upward page results - tilted toward his young Earth creationist nonsense- requires pages and pages before one reaches skeptical takes.

Then, there's the Dartmouth wunderkind, Hany Farid, who back in 2009 did a paper or alleged proof that the Oswald backyard photos (see LIFE photo in previous blog) were all genuine and not faked. One had to scan through dozens of search pages before coming across anything that wasn't pro-Hany bollocks.

The moral of the story is that it's most unwise to latch on to the first page results and refuse to plumb further.

In the Charleston experiment, the researchers changed the order of page results for some students, so that important results were back-paged while inferior or crank results were fore-paged. In nearly every case the kids bit and used the falsely-ranked pages and results to answer questions....which answers of course, were wrong. The conclusion by the top researcher, Bing Pan, was that students weren't assessing information sources and quality on their own merit, but simply trusting the search engine-computer to deliver the high quality sought.

This has been echoed and confirmed in other studies by different groups showing that both high school and university-level students are deplorable at quality searches. For example, in another trial conducted at Northwestern University, 102 undergrads were asked to do online research, but none of this group thought to check the author's credentials!

Who gets the blame in all this? It can't all be on the students, but some must be the educational system itself. A system that emphasized "teaching to the test", for example, will deprive students of critical thinking opportunities - part of which entails doing refined searches - whether in a brick and mortar library or online. The credibility of what is found, its essential quality, can then be ascertained.

However, some blame is to be allocated to the young digital turks, because of their over-involvement with solipsistic social media. For example, Mark Bauerlein (The Dumbest Generation), depressingly documents how the under-30 crowd are foregoing knowledge-based maturity to wallow in a self-confected, solipsistic, social mirror world of their own egos and selves. The fallout includes their not even meeting basic standards of knowledge for employment, far less knowledge levels that can ground them in the way their non-digital world works.

According to one polling of University of Illinois-Chicago students by Northwestern University communications professor Esther Hargatti (op. cit., p. 135) the students’ choices were all too predictable. As Bauerlein puts it:

"Only 5% checked a blog or forum on politics, economics, law or policy”

THIS is a student choice, and it is unacceptable. It doesn't matter that these realms may not be a person's "cup of tea" - they are at the core of much that makes the world go round, and for that, just look at 'Occupy Wall Street". Many of these incensed protestors from OWS had been originally ensconced in their little Facebook social mirror worlds, until now - 6 months after graduatiing - college loan collectors are humbugging them though they still haven't found decent paying jobs!

Are the 5% results above surprising? Or the fact that a national history survey test given to college students two years ago found most of them getting below 70% ? They shouldn't be! As Bauerlein observes, 18-20 year olds love digital media because it “allows them to construct a reflexive surrounding.” While their boring job tires them and the classroom irks them, their twittering, facebooking, Myspacing and video gaming “mirrors their own woes and fantasies, a pre-packaged representation of the world, a ‘Daily ME’”

“For education to happen, people must encounter worthwhile things outside their sphere of interest and brainpower. Knowledge grows, skills improve, tastes refine and conscience ripens only if the experiences bear a degree of unfamiliarity.”

What that means, as he further observes, is one must move through and beyond the initial knee-jerk reaction: “I don’t get it! That’s not for me, not my cup of tea!” because the intellectual effort in making it your ‘cup of tea’ will then be intellectually rewarding. Bauerlein again (ibid.):

“Nobody savors the process, but mature adults realize the benefits. Adolescents don’t and digital connections save them the labor of self-improvement…..the screen and cell bombard adolescents with youth trifles and the sporadic brush with challenging subjects that recall their shortcomings are quickly offset by a few minutes back in virtual comfort zones”

The point of all this?

Productive use of search engines, e.g. Google, places a higher premium on MORE pre-existing knowledge, not less. Those who are the most effective information processors and locaters are those whole already possess a solid knowledge base. Thus, they have the skills to do initially narrow searches, while being able to differentiate the quality of information. They are also less likely to accept a search engine's results at face value. Thus, a sound and extensive education is the passport to effective online searches. Meanwhile, being obsessed with Twittering and Face-booking to the exclusion of knowledge, is not.

The person with a solid knowledge base engendered by learning as opposed to only net-socializing, will have the ballast to avoid falling into search traps, such as while looking for something on Gnostic gospels, ending up in a right wing fundie blog which mocks them. Or, while searching for something on National Socialism, being steered into another right wing blog which erroneously conflates it with Marxist-Leninist socialism.

One more thing in this search business: it is sometimes true that those who teach effective search methods go "over the top" by insisting the only worthwhile search results are those tied to an academic persona or professor. While academic credentials certainly can yield a higher probability of a decent search result, it is not necessarily so - and "hobbyist" bloggers ought not be rejected merely because they lack a Ph.D.!

My search routine is to instead do cross-checks whereby the quality of a given search can be validated very rapidly and effectively.
Posted by Copernicus at 10:22 AM