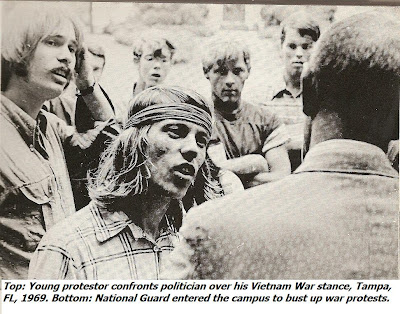 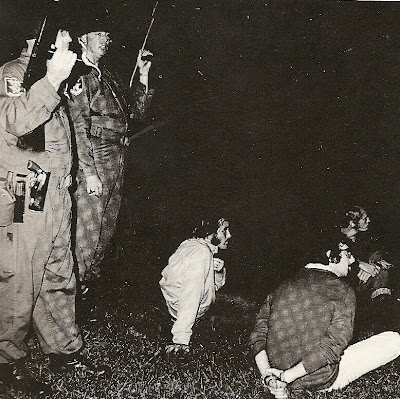 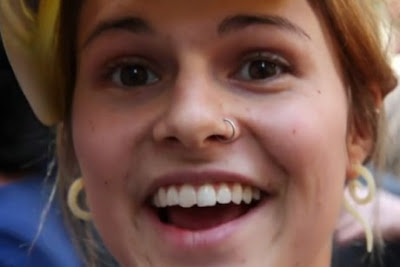 
I can assert it is not what the hand-wringers and moralists say it is, an "objectifcation of young women" and "disrespecting women" in general. It is instead a heart -stirring testament that this new young generation is tapped into the cosmic beat that affirms and reinforces human dignity and triumphs over the crass consumerists and materialists of Wall Street and its wanton, rapacious greedheads that drive the "greed at any cost" meme.

Further, what came over to me above all was not the "protesty sexiness" Greenstreet seems to obsess over, but the idealism which supersedes it. While Greenstreet indeed may have been gloming onto the sexy aspect, it was the idealism of the women that came through! (But any readers can judge this for themselves).

It is encouraging then to see young, idealistic women committed with passion to a monumental cause: that of challenging an inhuman capitalist beast that's reduced us all to cogs in its consumer machine, as opposed to flaunting high fashion and embracing the high tone, capitalist -driven fashionistas of Vogue, etc.

For years, I'd given up hope that the youth of the country would ever be energized to protest and demonstrate like we were in the 60s, on behalf of Civil rights, and against the Vietnam War. (see photos- taken at the Univ. of South Florida, in 1969, after student protests). But the Occupy Wall street scenes in this film gave me both hope and inspiration for the future.

Especially that the youth are not only serious but committed to a better nation, one finally able to be rescued from the maw of a predatory financial system that seeks to render us all serfs via leveraged debt, including by enticing us to partake of Wall Street as "share holders" and hence be unable to mount a righteous campaign against them. (E.g. "How can you be against Wall Street when you're among its investors!", as a recent WSJ op ed piece put it).

To see young American women, more affiliated with a profound cause than ephemeral fashions pumped by Madison Avenue, passing cosmetic facelifts, or obsession over beauty aids is beyond inspiring and uplifting, it confers a sense that the country can actually be saved from its own excess. It even suggests to me that a good many of these young women will transcend the current demand of Wall Street (see yesterday's WSJ op-eds) that they "settle down" and become "mothers" as soon as possible. (Obviously believing once tied down with miniature consumer units - the adman's delight- they won't be able to make protest statements)

Let's hope this film serves as inspiration to others, not as a trigger to more moralizers and counter-culturalist warriors - most likely brain-jacked by the Tea Party!
Posted by Copernicus at 4:29 PM