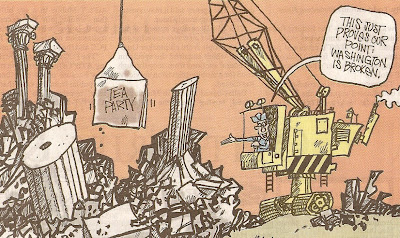 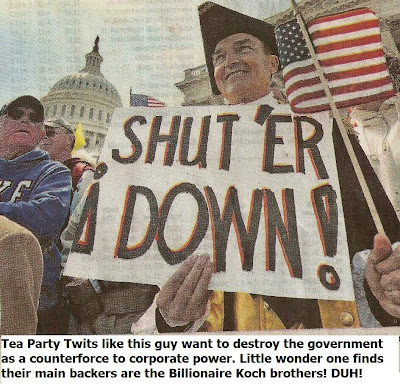 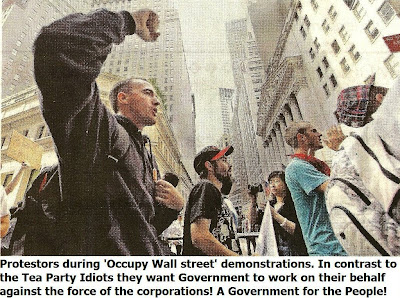 Scanning through dozens of online and other newspapers the past few days, I've been appalled to see the extent to which the Occupy Wall Street (OWS) has been attacked as the assorted pea-brained commentators have sought to diminish its power, scope or representation. One sees assorted references to "ragged hippies" or in the words of one Denver Post columnist ( John Hendrickson, 'The Face Of Youth In revolt'. today, p. 1E) putdowns of the OWS main site:

and the snarky observation that "it almost looks like a real revolution...almost" until one logs on to the above site and "sees a few teens regurgitating anarchist literature on a webcam" and the opinion that most of the footage and images ....e.g. of a youngster with a dollar bill taped over his mouth....are being "looped" and the same images merely shown over and over again.

In other words, we are not to trust what we see with our own eyes on the TV screens, it's all gammed up, gamed up and we are suckers for a mere latter day hippie movement, thanks to modern innovations like webcams, and You tube.

Of course this is bollocks! As much bollocks as the parade of nincompoops at the New York Times, CNN and other corporo-media bastions that have sought to put it down as not having a message or having too many messages to be processed properly by these gate keeper media cognoscenti.

But as I noted earler:

this is the sort of crap we have to expect from these losers, who are also trapped within the corporo-matrix and unable to escape its pseudo-reality. They are also puppets governed by fear, like Hendrickson is, and terrified that if they don't tow the line of their media owners they will be pink slipped and then...hell...who will feed the family of pay off the mortgage?

As I noted in the preceding linked blog, the Corporatocracy is a multi-faceted creature, or if you will, a multi-headed hydra. It therefore requires WORK, lots of it, to (parallel-) process how all those nefarious "heads" - parts work in concert and exactly what they do to fuck us all over. It is not for the faint-hearted, or congenital serial information processors (like the Corporate Wurlitzer) and I myself spent over 12 years studying everything I could on modern finance and economics....from collateralized debt obligations, to Wall Street's penchant for "burning yields" (to steal invested money from elderly ladies foolish enough to put their nest eggs in stocks) to the most recent abomination: credit default swaps.

In other words, the lazy media pundits, who are already committed to framing, will not be invested to learning and seriously mastering the dark arts of the Corporatocracy, and hence not be committed to learning what the message of the Occupy Wall St. protestors is about. This also extends to the multiple transgressions these fuckers have committed. They include:

- Banks using seedy language tricks, such as reported in the October AARP Bulletin where Bank of America actually foreclosed an elder couple's home because after re-structuring their mortgage to lower the cost they paid it too SOON, so it was aborted and they lost their home. See:

-Wall St. Bailouts done with no demand of accountability, or any prosecutions

- Continued non-regulation of derivatives, including credit default swaps, setting us up for another implosion

- Many top CEOs (and corporations) not having to pay any tax, period.

- Increasing income inequality as measured by the Gini coefficient, now equal to that in the Phillippines and Mexico.

All these constitute a crime list that's simply too big for the meatheads in the corporo-media to take on or process, or do a decent article on. They want it all boiled down to a few sound bites, or they won't bite. With a few odd exceptions (Keith Olbermann on Current TV, with his Countdown, and Rachel Maddow and Ed Schulz on MSNBC) the protestors, who are actually comprised of a cross section of America - including teachers, bus conductors, laborers, nurses and students - will not get a fair hearing. These Mighty corporo-Wurlitzer fuckers are only out for one thing, and it has singularly demeaned the very quality and humanity of our country: increased share prices for their (owner) shareholders. (See my previous blog)

At least one economist, Paul Krugman, gets it correct when he writes in his latest column ('Wall Street Protestors Are On The Right Track'):

"We may, at long last, be seeing the rise of a popular movement that, unlike the Tea Party, is angry at the right people"

Which is exactly spot-on and why cavalier comparisons to the Tea Party piss the living shit out of me as they should anyone associated with Occupy Wall Street. This is also why I was stunned when Veep Joseph Biden made such a comparison. Why, I have no idea.

Above all, the Tea Party's mission is to send the government into essential rubble by withdrawing as much spending as it can, whether for health care, Social Security, education or repairing infrastructure. But god forbid you ask them to cut spending on military bullshit and current useless occupations,. They have a fuckin' fit.

This "make government small enough to sink in a bathtub" strategy ought not come as any astounding surprise, given the Tea Party is backed largely by the deep pockets of the billionaire Kock brothers, who've bneen wanting to whittle down government for some time.

Occupy Wall Street, by contrast, has to be FOR the government as a counterforce to act in their interests against corporate incursions and power. Indeed, given the power of corporate America, the government is the last bulwark for protection of the people, the middle class, and the working classes.

I also agree totally with OWS, that they should steer clear of ANY party - including the Dems - which has been bitten by the virus of Neoliberalism. Recall this is precisely the philosophy that girds and supports the nexus of corporate power to government. It disdains any and all populist uprisings that inveigh against the monied power brokers, and pretends that instead the "free market" can solve our problems. But as I showed in the last blog, this is palpable horse shit. There is no longer any "free" market but an extensive demand or coercive one.

We know the Dem party has been taken over by Neo-liberal parasites, probably since the the rise of the Democratic Leadership Council or "Repukes lite" as I call them. Some perspective on this is provided by Robert McChesney in his excellent book, The Problem of the Media, Monthly Review Press, 2004, p. 49:

"With the election of Ronald Reagan, the neoliberal movement had commenced. Neoliberal ideology became hegemonic not only among Republicans but also in the Democratic Party of Bill Clinton, Al Gore, and Joseph Liebermann. Differences remained on timing and specifics, but on core issues both parties agreed that business was the rightful ruler over society.It was a return to the 1920s - if not the Gilded Age of the late nineteenth century. Few industries seized the neoliberal high ground as firmly as the media and communications industries."

From inspection of Obama's past remarks, especially on "free market" imperatives, I am also leaning to him being a Neo-lib which is one reason he hasn't more forcefully supported OWS, such as in his remarks last Friday. His statements also that the banks, Wall St. committed no real crimes only "moral transgressions" or indiscretions, is also egregious and understated. But also consistent with his overall lack of macho or whatever to fight for principles (also why he let the Bush era torturers in the CIA, doing all that water boarding ) go unpunished.

But this isn't about Obama's shortcomings, and in any case at least he's starting to grow a pair and speak up for the little buys for once, while calling out the Repukes.

This is about the lies and abject distortions, disinformation from the corporate media. The funny thing is, the more these assholes appear to try to marginalize the Occupy Wall Street movement, the more powerful and organic it grows. The last time I saw anything like this was in the late 60s, with the anti-War movement.

Keep it up folks, and don't be disheartened by the crappy media jabs.
Posted by Copernicus at 12:14 PM