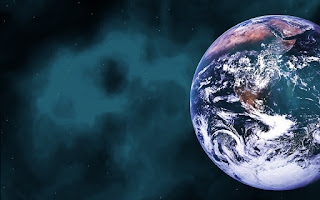 Anytime one sees the WSJ's top propagandist and disinformationist - Holman Jenkins Jr. -   praising a climate scientist as some kind of prescient or knowing "greatie"-   you have to beware.  In this case in the recent WSJ interview('How A Physicist Became A Climate Truth Teller', April 17-18, p. A11).  There in almost every paragraph we behold Jenkins Jr. singing the praises of Steve Koonin and especially his new propaganda book, 'Unsettled: What Climate Science Tells Us, What It Doesn't And Why It Matters'.

But fortunately astute and aware people were onto Koonin as far back as 2014, and his shtick to use the "unsettled" approach as a novel vehicle for climate denial. One of the first to expose this ploy was Jeffrey Kluger in a Sept. 2014 TIME essay where he first knocked Charles Krauthammer for his ignorant takes on CO2 and climate - and then Koonin.  As Kluger wrote:

"Krauthammer, of course, is not a climate scientist—which gives him at least a small excuse. The same cannot be said of Steven E. Koonin, whose recent piece in the Wall Street Journal took a more nuanced approach to making the same point. Koonin is director of the Center for Urban Science and Progress at New York University and a former Energy Department undersecretary during Obama’s first term. Yet he runs  with the same dishonest baton Krauthammer did.

“The idea that ‘Climate science is settled’ runs through today’s popular and policy discussions,” he writes. “Unfortunately, that claim is misguided.” Koonin then ticks off the usual right-wing talking points: The computer models are imperfect; the oceans’ role in warming has not been studied fully; the history of Earth’s climate is poorly understood; there has been a slowing of warming over the past 15 years. Stipulated, stipulated, stipulated and stipulated.

Again and again, climate scientists acknowledge every single one of these x-factors and again and again they come back to the fact that the planet is sick and we’re playing a role. Knowing that cigarettes can kill you is not the same as pretending to predict which fatal illness—if any—you’re going to contract or just when and how severely that disease is going to strike. But you can surely tell when you’re beginning to cough, and if you don’t quit smoking straightaway you’re a fool."

The points made are cogent in recognizing Koonin as a new, subtle brand of denier. A sophisticated quack then is what little Holman had trotted out. Koonin  doesn't come outright and deny the science and even Holman grants that:

"For the record Mr. Koonin agrees that the world has warmed by 1 degree Celsius since 1900 and will warm by another degree this century."

Golly gee, Holman, thanks for that little morsel of acknowledgment!  But of course if the science is really  "unsettled" what does it mean?   Never mind every serious climate scientist grasps that this planet is on its last legs and if we don't act soon we will be for the "high jump".  Is there an antidote to the propaganda pabulum of Koonin and his fellow "unsettled deniers"?

Yes, and it can be found in an academic paper from an academic journal prepared by 17 scientists and bearing the title: “Underestimating the Challenges of Avoiding a Ghastly Future.    On its current track, the authors write, “humanity is causing a rapid loss of biodiversity and, with it, Earth’s ability to support complex life.” As many as a million animal species—and 20 percent of all species—are facing near-term extinction. Humans have altered 70 percent of the planet’s land surface and “compromised” or otherwise despoiled two-thirds of its oceans, and the climate has only begun to warm. Humanity—or some of us, anyway—“are running an ecological Ponzi scheme in which society”—or some sectors of it—“robs nature and future generations to pay for boosting incomes in the short term.”

Let us further note this article was not a one off sounding of alarm. Oh no.  And it echoed previous articles and papers that the science is indeed settled.  In 2019, 11,258 scientists from 153 countries signed a “Warning of a Climate Emergency” that called for “bold and drastic” changes to the economy, including "a shift away from GDP growth and the pursuit of affluence toward sustaining ecosystems and improving human well-being.” Two years before that, the Alliance of World Scientists made a similar call in a “Warning to Humanity” that garnered 15,364 signatures.

In 2018, the Intergovernmental Panel on Climate Change’s benchmark Special Report on Global Warming of 1.5oC—which announced in no uncertain terms that global emissions must be decreased by nearly half by 2030 and reach net zero by 2050 to avoid cataclysm at an almost unthinkable scale.

Then two years ago there was the report from The Bulletin of the Atomic Scientists :  'Climate Report Understates Threat'

Excerpt:So far, average temperatures have risen by one degree Celsius. Adding 50 percent more warming to reach 1.5 degrees won’t simply increase impacts by the same percentage—bad as that would be. Instead, it risks setting up feedbacks that could fall like dangerous dominos, fundamentally destabilizing the planet. This is analyzed in a recent study showing that the window to prevent runaway climate change and a “hot house” super-heated planet is closing much faster than previously understood.

How much more do we need, those of us with more than air between the ears, to act?

Let's recognize the climate has tipping points:  the collapse of the Antarctic and Greenland ice sheets and the Himalayan glaciers, the deterioration of Atlantic Ocean currents, the melting of the permafrost, the transition of the Amazon from rain forest to savannah. In the most nightmarish scenario, which could be tripped with less than 2 degrees Celsius (3.6 degrees Fahrenheit) of warming, these tipping points could begin to trigger one another and cascade, locking us in, as one widely cited study put it, to “conditions that would be inhospitable to current human societies and to many other contemporary species.”

None of which Koonin appears to recognize in his "unsettled" haze - nor his handler, Holman Jenkins Jr. - who writes (if we read Koonin's book):

"You will come to doubt the usefulness of century long forecasts claiming to know how 1% shifts in variables will affect a global climate that we don't understand with anything resembling 1 % precision."

But we DO understand it, those who are familiar with catastrophe theory.  That includes numerous serious climate scientists, like Gunter Weller, e.g.

who had forecast Arctic collapse while at the Geophysical Institute in Fairbanks, AK in 1986. Prof. Weller could easily model how even a 1 % increase in Arctic temperatures would lead to a "cusp catastrophe" and drive the melting of the permafrost with catastrophic effects.   We beheld such effects on our visit to Alaska in March, 2005, especially when a 150' tall ice tower collapsed in Fairbanks because of permafrost melting.

As Prof. Weller once explained in a Geophysical Institute seminar, even a small change in the value of a control parameter (e.g. CO2 concentration) can result in a large change in the value of a state variable.  Here, the state of a physical system is governed by a potential V(x:c)  which is described at least in part by that point x  Î  R n  that minimizes the potential. Changing external conditions changes the values of the control parameter, c, and that in turn changes the shape of the potential V(x:c).  As the shape changes, the original global minimum in which the system state resides may become metastable or even disappear.  In other words, applied to the climate system it wouldn't take much from where we're at now to knock the system into instability and a new "global minimum" defining a planet none of us would wish to live on.  Does Koonin get any of this?  I doubt it.

But let me end on at least a nominally positive note. We now learn (WSJ, Business & Finance, April 21, p. B1) that the carbon market is prepared to pay pine tree growers not to cut more than a million acres of pine tree forests.  As the piece points out: "The  ideas is that the longer the timber stands, the more carbon the trees can sponge from the atmosphere. before becoming two by fours and telephone poles."

Whether that will be enough to avert a state change of the climate system to a new global minimum, we don't know.  But at least it's a small positive step in the right direction.  In the meantime, we need to expose the climate quacks and skeptics that are keeping us back from recognizing the catastrophe at our planetary doorstep. Oh, and that the issue is indeed settled.

— from Down With Tyranny! 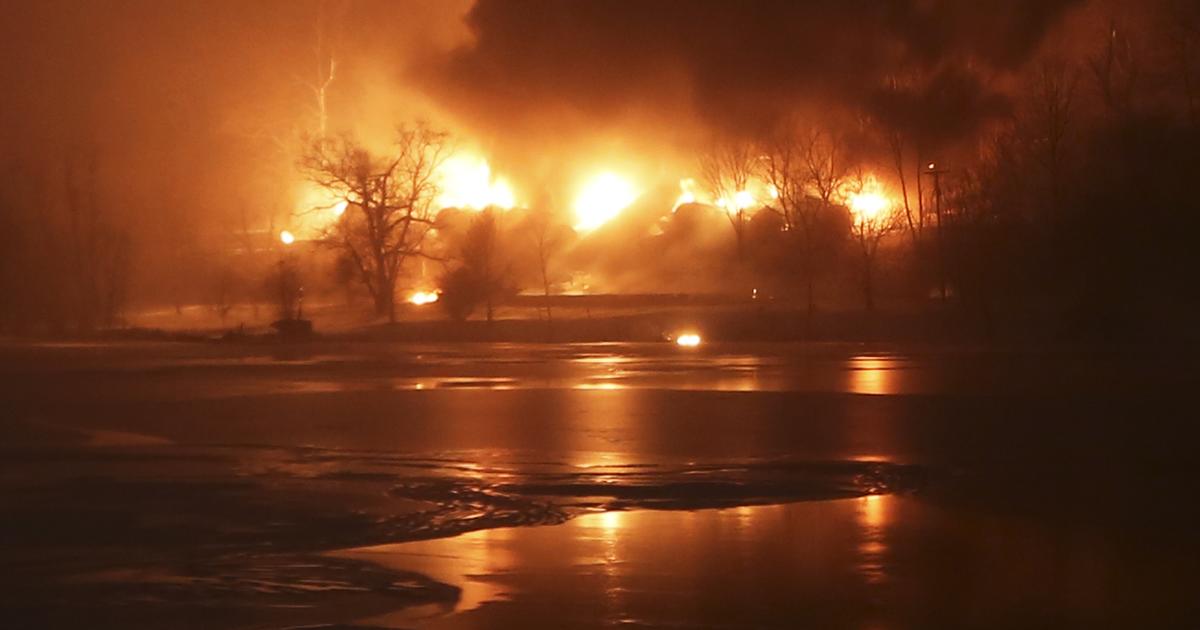 Climate Justice
Earth Abuse and the Next Pandemic 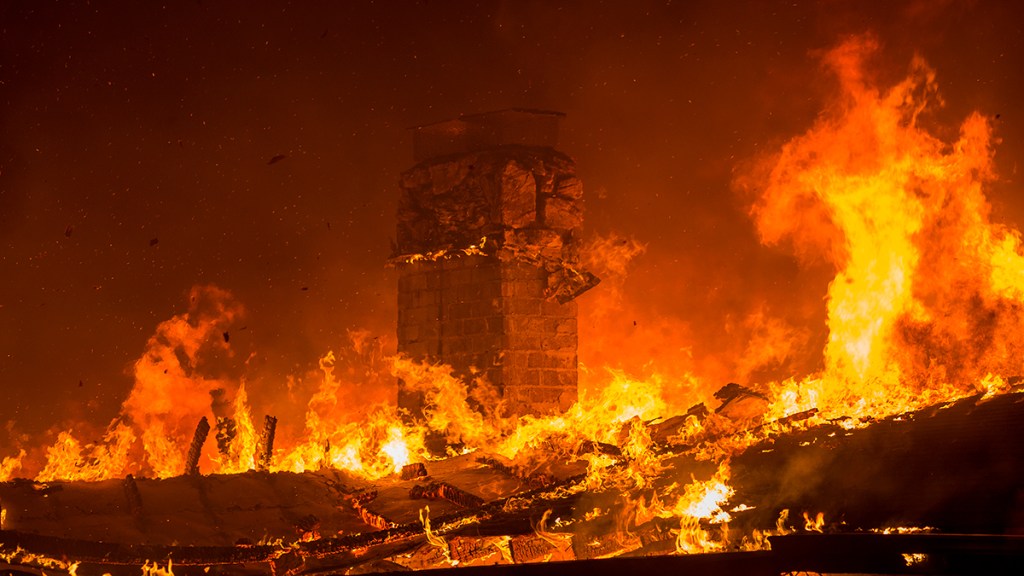 Posted by Copernicus at 7:18 AM