Fourteen years ago, the Interstate 35W bridge over the Mississippi River in downtown Minneapolis collapsed, sending cars, trucks and even a school bus that were crawling over it in bumper-to-bumper rush hour traffic plummeting into the river below and onto the rocky shore.  Thirteen people were killed, 145 more were injured, many of them seriously.  The bridge collapse sparked immediate calls in Minnesota and across the country invest big in repairing and replacing the nation's aging and crumbling infrastructure.

Has anything changed since then?  Not much.  The 2020 report by the American Society of Civil Engineers gave the country a grade of C-minus, a slight improvement after two decades of D’s  and water mains, sewer lines, bridges etc. are still in gross disrepair.   Now, with Biden's American Jobs Plan  there is a chance to at least bring the infrastructure grade to  a B -minus.

What's really eerie, creepy -  and more than a little sickening-   is to behold how so many in this country have been eerily fixated on the rise and fall of the  DOW while the national infrastructure has essentially regressed to the status of a third world nation's. It is more than a little frightening also, that people can become so transfixed by an artificial set of numbers based on phantom money while the very concrete developments that support it lay crumbling across the land: from burst sewer mains in Atlanta, to burst water mains in Colorado Springs and Denver (most over 100 years old), to collapsing bridges such as the one shown in Minneapolis from 2007. All symptoms of a country with misplaced priorities. A nation that would rather piss trillions away on military occupations than spend for domestic security.

As long as 10 years ago The Economist presented a blistering report ('Life in the Slow Lane', April 30th, 2011) which skewered everything about the U.S. attention to its infrastructure. The piece noted that "between 1956 and 1992 America constructed the interstate highway system, among the largest public works projects in history which criss-crossed the country with nearly 50,000 miles of motorways."

So what happened? Well, according to the report, "modern America is stingier". The total public spending on works is now barely 0.4% of GDP compared to the tenfold higher average in the European (EU) nations. I would also add that this diminished contribution parallels the nation's ever diminishing vision, which has almost correlated with its increasing finacialization, e.g. enhancing growth in "financial services" - stock managers, bond traders, investment bankers...at the expense of supporting engineering works.

But Biden's plan may change all of that, if  it can be passed into law, and probably via a process of budget reconciliation - assuming that Joe Manchen and Kyrsten Sinema don't toss "spanners"  into the works.

Technically this ought to be  a no brainer.  Roadways and bridges are still in use decades after the end of their projected life spans. Sewer and water systems are aged and decaying. The country has roughly 91,000 dams, a majority of which are more than 50 years old, and many are one exceptional rainfall away from potential disaster. As dams have aged, the weather has grown more severe, rendering old building standards outdated and creating conditions that few considered when many of the dams were built.

Add to that a changing climate which  threatens to worsen all the old vulnerabilities and expose new ones. Energy   consumption also needs to be taken into account, which is why there is provision for tens of thousands of added  EV stations for electric vehicles. The WSJ ('The Green New Deal In Disguise', p. A16 yesterday) takes this expenditure to task,  but the editorial case blows itself up by exaggerating.  (As usual)

In the broad contours of the plan released by the Biden administration, specific proposals and figures are given for some of these infrastructure needs. The plan, for instance, proposes an extra $115 billion to modernize bridges, highways and roads that are in “most critical need of repair.” But other projects, such as levee systems, are not explicitly mentioned, and it is unclear how they might factor into the proposal.

Then there is the $400 billion allocated for home health care.   This sounds sketchy, to be sure, but only because most people aren't familiar with the current situation and how bad it can be for elders who find themselves in nursing homes (the default option after severe injury, or for dementia).

The current system - as John Oliver noted in last Sunday's main segment of his show -  steers non-wealthy seniors into nursing homes.  Given Medicare support only lasts for 20 days, that means they must then sign up for Medicaid.  But that option forces them to exhaust all their financial assets - so only $2,000 (or less) is left in total assets.

Nursing home life also isn't 'sweetbread'.  As Oliver pointed out, there is typically 1 nursing home assistant to care for 22-23 patients.  That includes changing them, bathing them, feeding them, turning them over, and helping with toilet needs.  Obviously, a lot of that never gets done so many nursing home elderly die of neglect or develop bed sores that get infected.   It doesn't take a Mensa-level I.Q. of 133 to see that home health care is the superior option.

The problem?  While states can provide healthcare at home to seniors or people with disabilities, many limit enrollment  because of lack of funding - so too many end up on waiting lists.  As the WSJ reports (p. A6, April 13) Florida has almost 50,000 seniors on waiting lists for such care, while Louisiana has nearly 37,000.  When will they get the care they need?  Who knows?  But an infusion of $400 b via infrastructure will surely help. This is not the time to go niggardly and kvetch over definitions

All of this is before the latest scuttlebutt that the Reepos are interested in a "compromise" bill.  Do I trust them enough to make a compromise bill worthwhile?  Nope. As of this writing these tightwads have only allotted a puny $618 billion for their grand version of the deal.  They want it centered on only "nuts and bolts" infrastructure as opposed to "soft" forms like that for the home health assistance.

Meanwhile,  Treasury Secretary Janet Yellen has called on corporate America to embrace “mutually beneficial” tax increases to pay for infrastructure spending, saying President Joe Biden’s $2 trillion plan would deliver a 1.6 per cent boost to gross domestic product by 2024.  This ought to be a no -brainer given infrastructure maintenance is a key investment- as essential to corporations as to ordinary Janes  and Joes.  They also use bridges, highways, water systems as well as the power grid - oh, and the Web.

Yellen made the remarks ten days ago as the administration tried to quell a growing backlash from U.S. businesses to its latest economic package, which seeks to plough more than $2 trillion in government investment alongside roughly $2.5 trillion in corporate tax increases.  As Yellen made clear to reporters:

"America’s corporate tax system has long been broken, so too has been the way we think about corporate taxation: tax reform is not a zero-sum game, with corporations on one side and government on the other into the economy.  There are policies that are mutually beneficial. Win-win is a very overused phrase, but we have a real one in front of us now,”
The Treasury secretary and former Fed chair stressed that the revenue generated from the corporate tax increases would be “turned into funding to both traditional infrastructure, and the more modern kind needed to run a digital economy, like high-speed broadband networks”.
Within four years, the plan would boost US economic output by about 1.6 per cent, she added.  So what's not to love?  Well, the ever obstructionist Repukes don't want the corps to have to pay more in taxes.   Never mind it is simply reverting to the same rate they paid (28%) before Trump got shoehorned into power and took it down to 21%.
Will the GOP get on board?  Or will its miserly minions once again try to lowball spending thresholds and leave half or more of U.S. infrastructure needs - including broadband access for their own rural voters- unfulfilled.  We will see.
See Also:
Biden, Yellen and the war on leprechauns 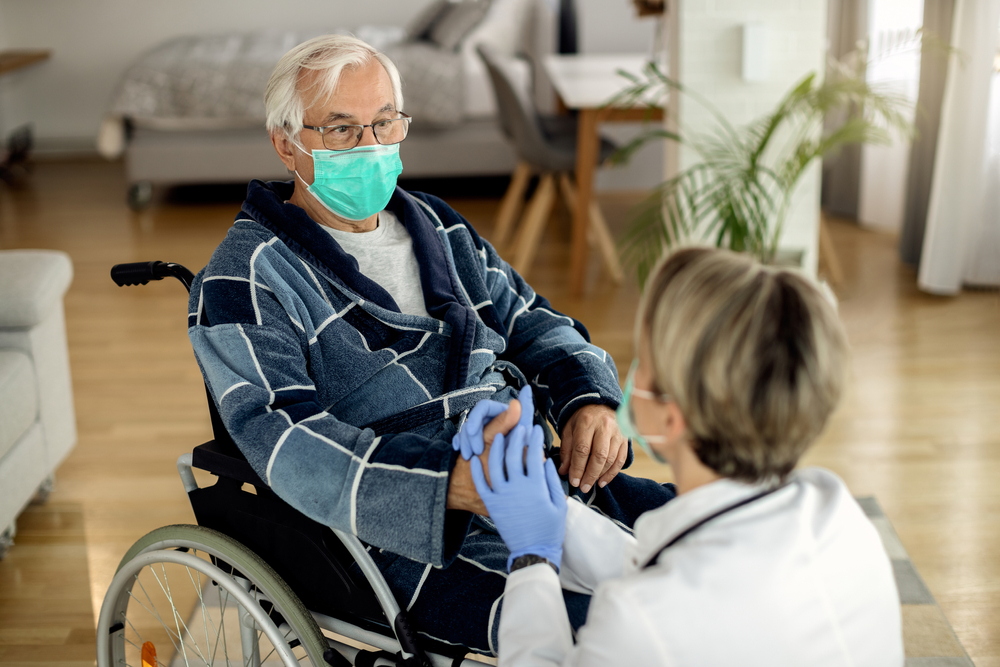 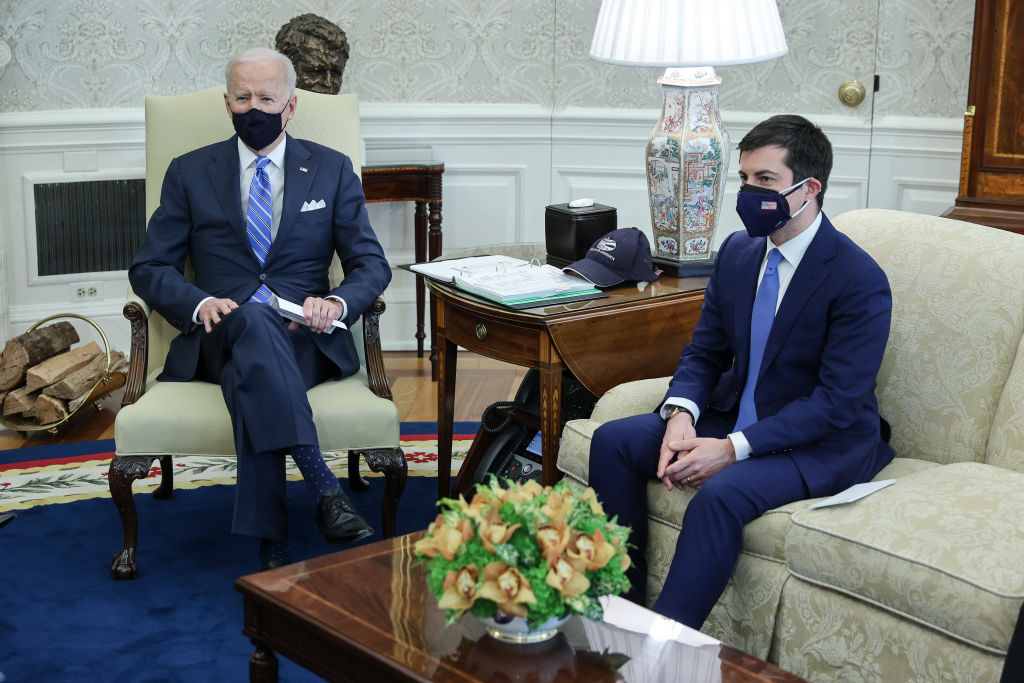