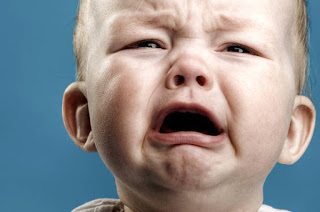 "BWAAHHHAA! Da Left's Bullies pickin' on us cause we stopped 'em votin' in big numbers!  WAHAHAHHAAA!"

"This is a case of elected officials trying to choose their voters to keep power, instead of voters choosing their elected officials."  - Colorado Secretary of State Jena Griswold on GA voting law last night on All In

"A few corporations said they oppose the Republican law but haven't even done anything.  Mitch McConnell says they should just shut the hell up and keep the money flowing into his campaign coffers. Because  Mitch McConnell's theory is this: Money is speech but speech is not speech.  And that's because none of this was ever about speech for McConnell and other Republicans taking umbrage. It was always about power."  -  Chris Hayes last night, on ALL In

"It's ludicrous for McConnell to tell corporations and businesses to stay out of politics, but oh yeah, keep those campaign donations coming!"  Politcal commentator Matthew Dowd on MSNBC's Deadline White House, today.

The instant we learned last night that Colorado - namely Denver-- had snared the MLB All Star game in July - we knew the Reeptards would be pitching an even bigger hissy fit. And so they have, with Cornpone Georgia guv Brian Kemp screeching how "unfair" it is and Moscow Mitch warning corps of "serious consequences" and to "stay out of politics".  Of course, as Matthew Dowd commented on MSNBC, "But he wants the campaign donations to keep coming!"

As Chris Hayes noted on Monday night ('ALL In')  it's all too much to see the Reepo vermin having a snowflake, pity party meltdown and hissy fit when they're getting some much deserved backlash for their new Jim Crow laws.  They want to fix the election system in their favor, well, because they can't win in any normal way by just getting more votes than opponents.  So they had to latch on to Donnie Dotard's 'Big Lie' narrative that the 2020 election was rife with voter fraud - especially because of the prevalence of mail ballot voting.

Well now these gaslighting maggots really have something to bitch about as MLB has awarded its All Star game to Colorado - the state that has had the longest and most secure mail voting record.  See, e.g.

This has to stick in the craw of Kemp, McConnell, Ted ('My kids made me go on Mexican vacay during the freeze') Cruz,  the FOX clowns and the other crying pissants who continue to lie to try and deflect blame from what they have done - i.e. in severely limiting voting opportunity, especially for the poor (including poor whites) and minorities.   So they keep their snowflake grievance and victimhood B.S. going -  as well as gaslighting .  The latest hog swill being circulated by the Right's ninnies and assclowns is: 'The MLB just moved the All Star  game to a state with even more restrictive voting than Georgia!'

But in fact Colorado’s voting system is ten times more accessible than Georgia’s. Registered voters here receive ballots in the mail weeks ahead of Election Day, and ballots can be returned by mail, drop boxes or voting centers. Colorado also allows same-day voter registration; Georgia does not.  Further, the vast majority of Colorado voters cast ballots by mail and are not asked to produce an ID to vote. Those who do vote in person don’t necessarily need ID, because state law requires that an eligible voter “who is unable to produce identification may cast a provisional ballot.” Georgia’s new law, by contrast, requires photo ID

"They're behaving like a woke parallel government. They will invite serious consequences if they become a vehicle for the Left's mobs to hijack our country from outside the constitutional order."

Hold on there, Mitch.  Last I checked it's you and your Reepo Rats trying to hijack the country and stomp on the constitutional order by resorting to voter suppression laws based on Trump's big lie of  2020 election fraud. I mean, good Christ, aligning with a law that puts people in jail for giving water to voters standing in line for hours?  What do you really think the Founders would think of that, eh Mitch?  Not to mention the other aspect of the vile Georgia law that allows elected secretaries of state to be rendered tokens only, so that local election yahoos can install whoever they want and throw the state electoral votes to whomever they want.

As for "serious consequences", such as what?  You gonna repeal the Citizens United ruling so that corporations can no longer deliver huge campaign donations to your REEP party and pervert assholes like Matt Gaetz?   Oh, and to you too?

Then there was the  recently exposed whining of Marco Rubio who  wrote the commissioner of Major League Baseball to condemn the organization for moving its All-Star Game to Denver.

And we can't leave out the usual WSJ editorial crying and gnashing of teeth ('The Biden Baseball League',  April 2) , where we read

The MLB excuse is that Georgia’s elected Legislature passed, and Gov. Brian Kemp signed, an election reform law that leaves the state with more opportunities to vote than Delaware and New York. Better not play any games in Yankee Stadium. But Democrats have decided to portray the Georgia law as a “voter suppression” bill, and “Jim Crow 2.0,” as part of their political strategy to pass their own radical voting reform in Washington that would overturn 50 state election laws.

Note how America’s elites have quickly fallen in line. First the media picked up the Democratic theme and distorted the truth about the law. As CNN put it, the new law “introduces new impediments to voting, reducing the number of drop boxes in heavily African-American areas.” But drop boxes were allowed in Georgia only as a temporary measure during the pandemic. The new law allows more drop boxes than Georgia had in 2019, which was zero.  ....In the process the league has smeared Georgia’s elected majority as racist and anti-democratic.

Oh cry me a river, do.  Is it really true that you assholes work overtime to make sure you write shlock that only the lowest I.Q. readers would swallow?  I mean, cheeze Louise, "More opportunities to vote than Delaware and New York"  - but just be sure you have your Depends on when you have to stand for eight hours in line to cast that ballot.  Oh yeah, and have that voter ID too.   Oh, and glory be, the "New law allows more drop boxes than the state had in 2019, or zero".  So now there'll be about one drop box for every 100,000 voters - basically making it damned near impossible to absentee or mail vote.  Especially when the drop boxes won't be outside - like here in Colorado- but inside the voting venue itself.  Kind of defeats the whole idea of absentee voting.

As for "smearing Georgia's elected majority as racist", well, if the shoe fits and all that!  There's a big difference between a smear and an objective acknowledgement of what exists.  Which is blatantly racist, anti-democratic and maliciously warped and punitive.

Then there is the other WSJ  snow flake whiner, Gerard Baker,  ('The C-Suite Converts to the New Political Religion', p. A15 today) who not only shows his disdain for history - comparing the MLB and the Delta, Coke CEOs to Thomas Crammer (16th century archbishop of Canterbury) but also denouncing their moral choices. After reiterating the WSJ earlier editorial lie that the GA law "expands opportunities" (if you're white and rich) he then bellows:  "The rush by corporate leaders to denounce Georgia's new voting law will rank in infamy as one of the most cowardly, cynical and socially destructive moves in modern American history."

Au contraire, my reactionary Aussie nabob.   Their decisions,  not a "rush"-   since momentum had to build-   will rank alongside the courageous choices of those like Martin Luther King and Harriet Tubman- to stand for justice against an existential threat.  In this case an existential threat against our democracy.   Baker's failure -  as not only an amateur historian but a journalist  -   is failing to recognize it is Georgia's new voting law which is "one of the most cynical, cowardly and socially destructive in modern American history".

As Washington Post columnist Kathleen Parker so aptly put it:

"Georgia’s stab is a wound to the heart and soul of a nation in recovery. They — and we — can do better, not least out of respect for those who died trying to be heard."

What one has to love now is the poetic justice of it all. The All Star game being moved to the state with the highest mail voting turnout (95%) in the nation and the city - next to Boulder- with the largest contingent of liberal Dem voters. No, Milwaukee didn't get the game, as I'd hoped.  But I'm ok with Colorado - the state I now reside in- snaring it.

Mitch McConnell is leading the Republican effort to take voting rights—the very fundamentals of our democracy—and turn the issue into "woke" "cancel culture" fodder, spinning desperate gossamer threads of disinformation to try to scare corporate America back into the Republican fold. The problem for McConnell—for the whole GOP—is that while corporate America loves the tax breaks they get from Republicans, they live in the 21st century along with 21st century Americans who have money to spend on their products. And more and more of those Americans spending money are LGBTQ, Black, Indigenous, and people of color.

Posted by Copernicus at 3:24 PM