Afghanistan Pullout Is A Long Overdue No Brainer

"Why of course the people don’t want war...But after all it is the leaders of the country who determine the policy, and it’s always a simple matter to drag the people along, whether it is a democracy or a fascist dictatorship ...

Voice or no voice, the people can always be brought to do the bidding of the leaders. That is easy. All you have to do is tell them they’re being attacked, and denounce the pacifists for lack of patriotism and exposing the country to danger.” - Hermann Goering, Nuremberg, 1946

The news on Tuesday  that President  Biden will withdraw all U.S. troops from Afghanistan by Sept. 11-   the 20th anniversary of the Saudi-led terrorist attacks on America - was more than welcome.  But it is long overdue and a veritable no brainer.  It is indeed a lesson that ought to have been learned (about 'no win' wars) after Vietnam.  But we let the Bushies lead us into another quagmire in Iraq and Afghanistan even as Bush Jr. himself blew it in the run up to Sept. 11, 2001, e.g.

So thank that chimp-faced loon for the 20 years of wasted blood (over 2,500 Americans dead, 40,000 Afghan civilians)  and treasure ($825 billion).  Given all that,  it's past time we got our asses out as it is now a losing wicket.  The blunt assessment of one national security official on Maddow last night was it's a no win situation so long as Pakistan is providing aid and comfort to the Taliban. And in the words of Rep. Jason Crow (D, CO) on ALL In:  "If we haven't won militarily in 20 years, we're not going to win."

The decision defies a May 1 deadline for full withdrawal under a peace agreement the Trump administration reached with the Taliban last year, but leaves no room for additional extensions. A senior administration official called the September date an "absolute deadline"  that won’t be affected by security conditions in the country.  Besides which,  most higher IQ Pentagon personnel know a lot can still be done from afar- to make life miserable for the Taliban if they get out of control, e.g.

Basically, Bin Laden in his 9/11 attack, showed he knew us better than we knew ourselves. (No doubt because he was our hireling after the Russians invaded Afghanistan in 1979, and we armed him to help drive the Russkies out). He knew that he could parlay about $500,000 of investment (in box cutters, flight trainings, plans, hijacker air fares etc.) into getting a mighty superpower to react like a scalded mother bear and lash out aimlessly in every direction. And in the process spare no expense, even if that meant bankrupting itself, having its future credit rating down graded and sending over 40 million citizens into destitution. He knew we would pay that foolish price, and in so doing, he could be the ultimate victor - because he believed we'd set up an endless perma-war meme based on the day's destruction and spend ourselves into oblivion!
All of this was highlighted in detail in an earlier post, to do with Rachel Maddow's mind-bending report on Osama bin Laden's true intent:

http://brane-space.blogspot.com/2011/05/rachel-maddows-analysis-terrifying.html
As noted therein, Bin Laden's strategy didn't center on the number killed in Washington or New York or the physical damage inflicted but the financial costs to the country.   It follows that by getting out now we have finally removed that Bin Laden albatross, all of Lindsey Graham's whining to the contrary.  To the fruitcakes who tremble over future Islamic terror attacks-- like Lindsey - I'd advise a heavy dose of The Financial Times' Gideon Rachmann who noted 10 years after 9/11:
"The number of Americans killed by terrorists since 1960 is about the same as the number killed over the same period in deer accidents".
See e,g.
http://brane-space.blogspot.com/2011/05/gideon-gets-it-exactly-right.html
Indeed, we face a far bigger threat from Trump's band of domestic terrorists (see previous blog post) .  And let's bear in mind Biden's process for leaving (unlike Trump's) isn't simply cut and run.  While Biden’s decision keeps U.S. troops in Afghanistan four months longer than initially planned, it allows an orderly and planned  withdrawal.
The conflict has largely crippled al-Qaeda and led to the death of Osama bin Laden, the architect of the Sept. 11 attacks. True,  an American withdrawal also risks many of the gains made in democracy, women’s rights and governance, but those are not adequate reasons to sustain a "forever" war and playing into the dead Bin Laden's hands - bankrupting our country.  After 20 years of futility - and minimal help from Pakistan- it's time to cut bait.
Yes the Taliban, who provided al-Qaeda a safe haven, remain strong and in control of roughly two-thirds of the country, but that won't change by keeping U.S. troops there.  You'd need at least a half million troops or on the order of what LBJ sent forth to 'Nam by late 1966.  That ain't gonna fly with war weary American voters.  And even that mass of troops is no guarantee of eventual victory, as the Brits and Russkies learned with their own Afghan occupations.
Like it or not - and the Repukes won't - it is time to leave this quagmire behind.  We cannot be the cop of the world.
See Also: Peace & Justice
The United States as a Mass-Killing Machine 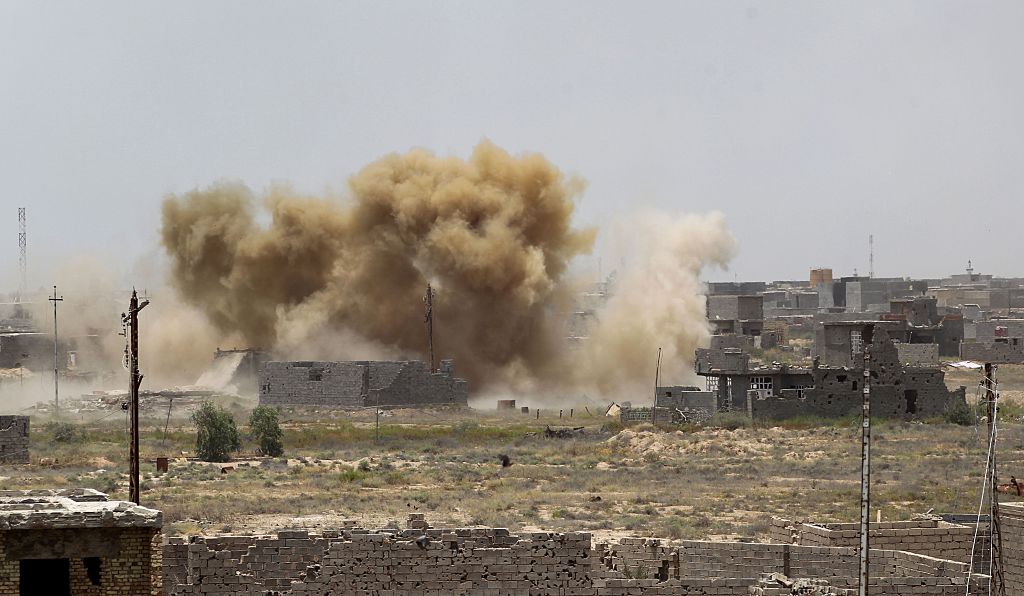 Posted by Copernicus at 9:32 AM