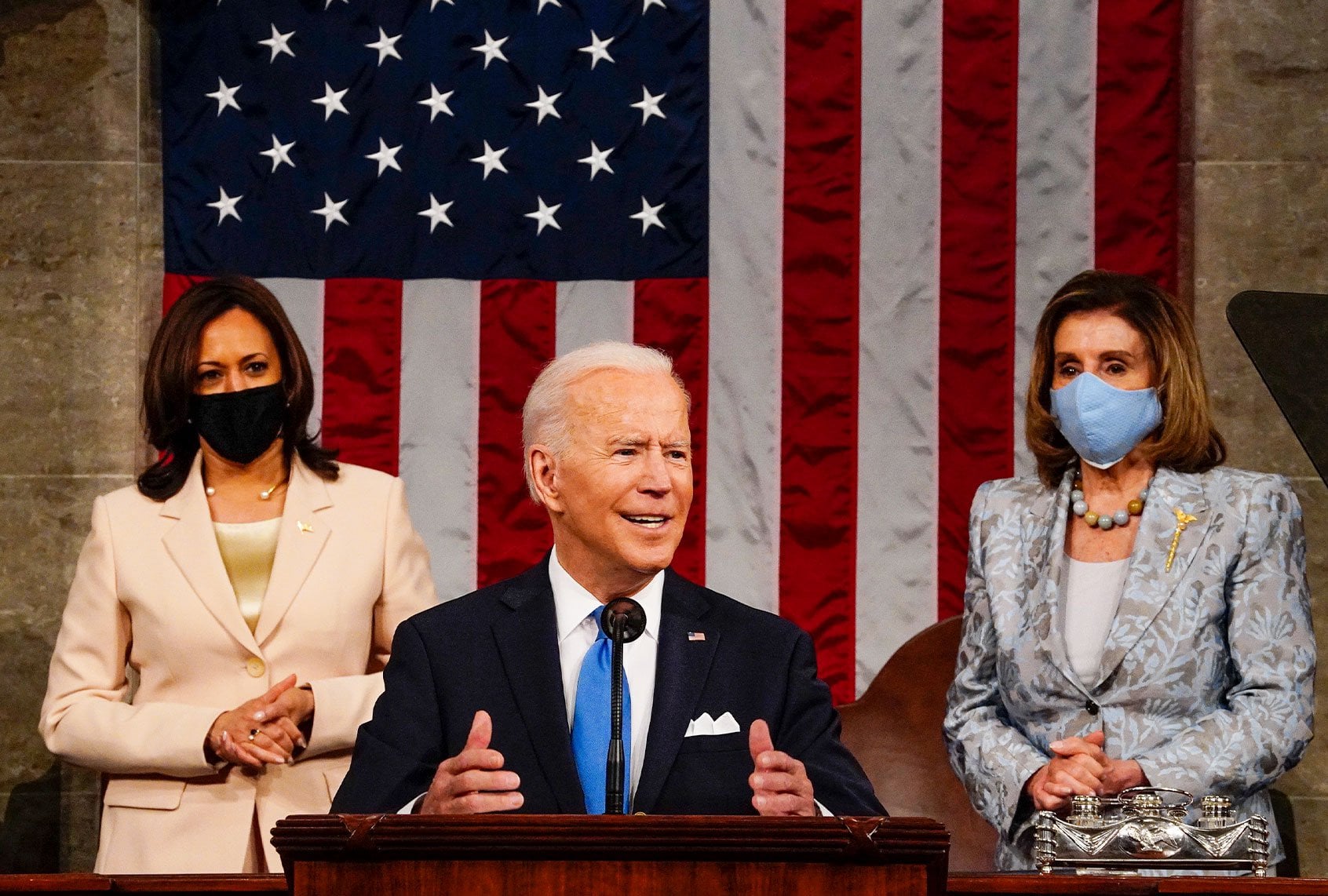 President Joe Biden's plans are ambitious. I know this because every headline Thursday morning after Biden gave his first speech to a joint session of Congress said so.

Except that none of this actually feels risky. On the contrary, Biden was able to frame everything he said in convincingly reasonable tones. Put at ease by his patented "c'mon, man" approach, so far, it seems like the public can't be bamboozled into feeling angry, scared or worried about Biden's surprisingly progressive aspirations. Snap polls after the speech showed that 85% of viewers approved of Biden's speech, out of a crowd that was only 54% Democratic. This comports with previous polling that shows that, while Biden's approval numbers are stuck in the low 50s because of GOP voters who will never say they like him, an overwhelming majority like his actual policy ideas. Demonizing him as "tax-and-spend" isn't working, because voters are increasingly keen on the idea that we should be taxing corporations and wealthy people and spending it on the programs that Biden has successfully — and correctly — identified as investments in our nation's future: infrastructure, child care, jobs.

"We have to prove democracy still works," Biden said during his speech. "That our government still works – and can deliver for the people."

The thing is, these are the same exact arguments that progressives have been making for decades, and yet Republicans — aided by a loud right-wing media, the racism of the majority of white voters, and a mainstream media addicted to false equivalencies — were successful at demonizing such reasonable points as basically communism. Why then does it seem like Republicans suddenly can't land a glove on Biden?

Part of the credit should go to Biden himself, who is rising above what doubters like myself thought of him. He was able, as John Harwood of CNN said, to speak "in plain, non-political, non-ideological language invoking the people he wants to help."

But let's face it: Republicans also did this to themselves.

For decades, Republicans have increasingly abandoned policy debate in favor of culture war antics, race-baiting and raw tribalism. From Monica Lewinsky to Barack Obama's birth certificate, the modern GOP has turned politics into conflicts about personality and identity, not policy 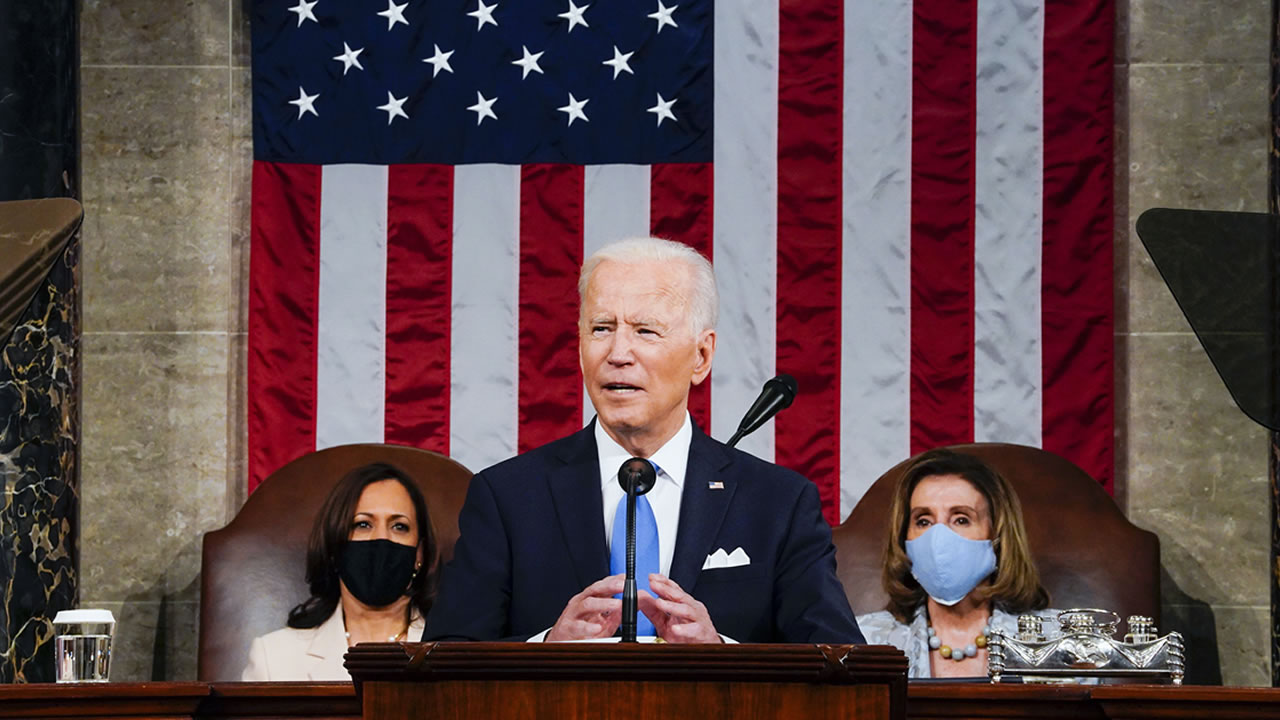 Last night, for a brief moment, President Biden’s address to a joint session of Congress looked like one of those New Hampshire town meetings. Here stands Biden, asking the Board for funds to purchase a new city plow so the streets can get cleared faster after a storm. Better for business and safer for families, is his argument, and it is sound. Oscar Wilde would recognize the scene in an eyeblink.

The mirage, alas, was punctured by the image of Ted Cruz’s eyes rolling up in his head like a guy who’d spent too much time in Cancun. Yes, this was Congress in all of its squalid glory, the man at the podium was the president, but the difference between now and last year is the difference between a friendly shoulder rub and being devoured by a hammerhead shark.

“Madam Speaker, Madam Vice President,” said Biden as he began. Those words had never been spoken in that chamber before. It was an intense moment, a piece of long-awaited history, and seemed to promise a day to come when all three seats in that upper podium will be occupied by women.

As for the content of the speech, well, it was a time warp all its own. Biden’s list of policy proposals represents something of a rewiring of the American experience, from work to family to school to medicine and science, from transportation to elder care. Much of what he proposed came thanks to the sustained pressure of progressives, which started the minute Biden won the nomination.

It was that very slate of markedly progressive proposals that kept the Republicans in their seats as if they were nailed to them. Even behind his mask, the smile on Bernie Sanders’s face when Biden said, “Health care is a right, not a privilege,” could be seen from space.

In the News
America Isn't a Racist Nation, This We Know, Senator Tim Scott of South Carolina Told Us So 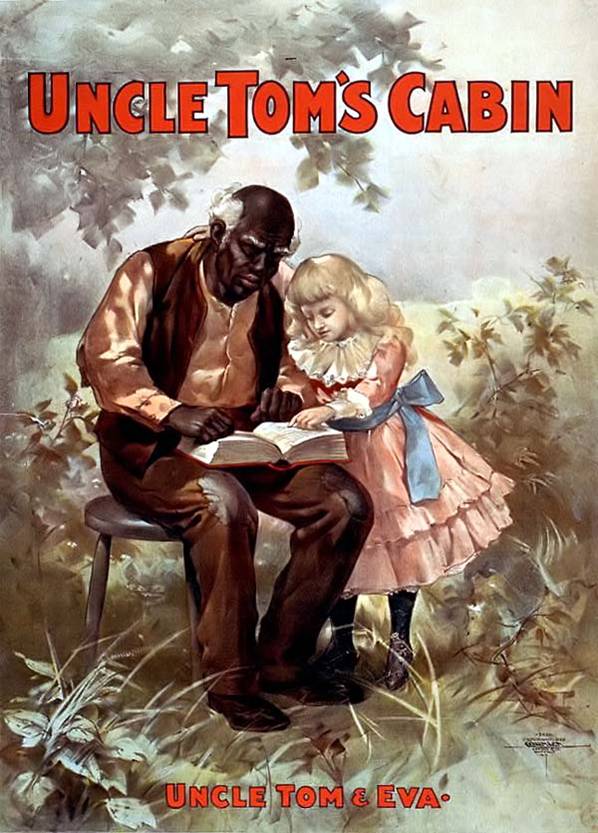 How easy it seems for these Republicans and others to twist themselves into ever more intricate knots of contradiction and exploitation in order to line their pockets or up their options. All it takes is a little up yours to personal integrity or honesty.

And that brings us to Senator Tim Scott, yet another shithead from south of the Mason-Dixon line who is sniffing around, hoping he might become the Republican candidate for the presidency in 2024, if Trump doesn't run himself. Scott was chosen to make the Republican appeal for unity following President Biden's address to Congress on Wednesday, a speech in which he had appealed for unity on a range of issues. Senator Scott, however, heard little of what Biden said, and his rebuttal was mostly a regurgitation of right-wing hysteria and gaslighting about all the bad stuff Biden has done in the brief time he's been in office, along with a reminder of what a great America Biden had inherited from Trump back just a few months ago before everything went to hell. Senator Tim Scott (is there a whiter name than that?) shared the usual talking points, lies, and deceptions so commonly heard on Fox or Breitbart or a scad of other fascist propaganda outlets.

Senator Scott also devoted a bit of his speech to whining of the sort reminiscent of poor Clarence Thomas crying about his "high-tech lynching," or Brett Kavanaugh, his face contorted in an expression of outraged innocence, making whining rather traditional now among the right wingers. Trump, of course, served as a model for self pity, and it's now baked into the Republican cake. Bigly. In Senator Scott's case, he whined about how racist Democrats had referred to him as an Uncle Tom. Poor fellas. Now who could imagine anyone ever thinking this Mike Pence in blackface could be considered an Uncle Tom? Where could such an idea have come from, anyway? It couldn't be because he is the sort of black man who can so baldly state that America isn't a racist country even in a speech celebrating himself for all he had to overcome.. If you can get a black man to blind himself to the overwhelming evidence of historical and current racism, you have got yourself a Tom who can be counted upon for damn near anything an almost entirely white and thoroughly racist political party might want such a guy to say.

I personally don’t make much of Tim Scott’s ability to reason. This is the same man who said in March that “woke supremacy,” whatever that is, “is as bad as white supremacy.” There is no world in which recent efforts at enlightenment can be equated to enslavement, lynching and mass incarceration. None.-

Posted by Copernicus at 7:30 AM