Is it time to turn to all-electric cars? 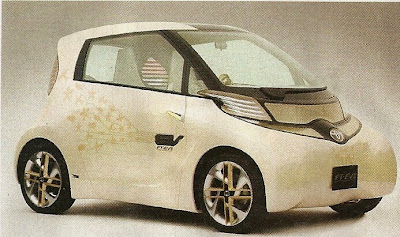 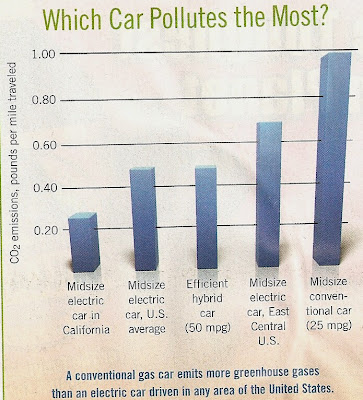 On the surface, they appear to be a nice solution to the problem of exploding greenhouse gas emissions. But....there are caveats. While electric cars (see image example of the Toyota FT-EVII) have zero in-use emissions (unlike cars with internal combustion engines) they still do have upstream emissions, defined as those arising from the very creation or manufacture of the vehicle's fuel, or battery.


The worst electricity, from both a global warming and smog-inducing perspective, comes from coal-fired plants. These emit the highest CO2 levels. Also today, these plants generate the preponderance of electricity in the U.S. (48%) and also likely the bulk of fuel for the electric car. Still, as the graph shows, they beat the ICE_based autos hands down

Incredibly, burning just one gallon of gasoline produces more than 19 pounds of CO2 out of tan ICE vehicle's tailpipe. Though one gallon of gas weighs only six pounds, the combustion process pulls in O2 molecules from the surrounding air creating carbon dioxide. In addition to those 19 immediate lbs. another 5 lbs. are generated upstream during the creation and transport of that fuel. Add it all up and one has nearly 24 lbs. of CO2 for each gallon of gas burned in a regular car.

According to the dept. of Energy, about 75 % of the energy stored in an electric car's battery can be converted to mechanical energy that rotates the wheels of the vehicle. By contrast, only about 20% of the eneergy stored in a conventional car's engine does the same- the rest is simply lost, mostly as heat. That means each time an American drives his regular ICE- auto he not only adds to the CO2 burden, but injects heat as well, which is trapped in the atmosphere by greenhouse gases.

The efficiency advantage of such E-cars means excellent on road fuel economy, and today's E-cars are rated at about 3 miles per kwH consumed. ON a gasoline equivalent basis that is nearly 100 mpg, and many drivers report even better results.


In the end, however, the cleanliness of your electric source determines how eco-friendly your vehicle is, and this in turn will depend on your state's standards. Right now, if you live in California (which has the cleanest electricity in the nation) an electric car driven 12,000 miles emits only about 1.6 tons of CO2. By contrast, if your E-car is in the Midwest, where coal is king, look to 4.1 tons of CO2 being emitted over the same time.

Clearly, the solution will be to energize electric cars with other, alternative and cleaner sources, say like solar. Is it doable? We will explore this in a future blog.
Posted by Copernicus at 9:36 AM