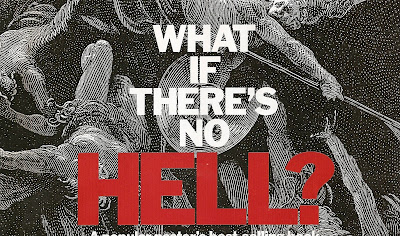 It’s been a constant source of amusement to me how mainstream journalists (whose ranks have been thinned out to the tune of more than 17,000 jobs in the last three years) still frequently castigate bloggers as “poorly informed citizen journalists” who’d be nowhere without access to the net. Nope, they’d have been blocked from tossing out their views, blogs by some suited gate keeper out to protect the public from the bane of misinformation.

Thus, the main knock on bloggers has been that while their hearts might be in the right place, they lack the “professionalism” (including being paid by a steady source, not just Google Adsense – often irritating because the ads insinuated don’t match the content!) and hence people who want the “real facts” need to go to the serious sources. Not so fast! While it’s true many bloggers offer pabulum or material not fully vetted, many others don’t. They take their jobs as seriously as any mainstreamer, in fact often more seriously, because they grasp that mainstream sources are often tainted by PR or public relations.

A recent case of somewhat defective mainstream reporting appeared in the latest TIME magazine in its feature article ‘Is Hell Dead?’. The article purports to offer a brief history of Hell and how it has now come to the brink of being declared “dead” even in strong evangelical circles – as recently demonstrated by the Mars Hill, Michigan pastor Rob Bell. While the piece at least does a serviceable job in giving Bell’s role and history in the discussion (though I think it is over emphasized toward Bell, given many others, e.g. Rev. John Shelby Spong, former Episcopal Bishop of Newark, NJ, have said the same thing much more unambiguously and earlier), it kind of falls down in other areas of religious history.

For example, midway into the article the author (Jon Meacham) while admitting that “many things Christian believers take for granted are more complicated than they seem”, writes:

“There is, however, no escaping the fact that Jesus speaks in the bible of a hell for the ‘condemned’. He sometimes uses the word Gehenna, which was a valley near Jerusalem associated with the sacrifice of children by fire to the Phoenician god Moloch; elsewhere in the New Testament, writers tell of a fiery pit (Tartarus of Hades in which the damned will spend eternity”

Here is where the author commits a miasma of oversights, omissions and plain errors . As I already noted, the entire concept of eternal or everlasting punishment hinges primarily on ONE single verse of Matthew 25:46: (“And these shall go away into everlasting punishment: but the righteous into life eternal".(KJV)). But I also noted (previous blogs):

1)Other versions of the Bible don’t contain those two words "everlasting" and "punishment" (e.g. Weymouth New Testament), and

2)The actual Greek translation (from the Greek Septuagint) is "kolasin aionion” or punishment for an aeon. But aeon refers to a limited indeterminate time not “eternal”. The point? If there are "aeons" past, present and to come, it must mean that aeons don't last and the one we live in will also end. Thus, these "aions" (aeons) are in no way never-ending or everlasting.

So why didn’t Meacham bring this out? In addition, he makes no mention of the fact that St. John the Divine’s Revelation was originally a Gnostic Gospel remade (thanks to Paul and his associates) in more orthodox terms. Nor does Meacham make any mention of the fact that later scribes and copyists deliberately inserted their own quotes to bend the scriptures to their own agendas. (Many of these instances have been cited by Prof. Bart Ehrman in his book, “Misquoting Jesus”). One example of this is precisely the mistranslation of aionion to “eternal” when a proper copyist would have known the difference.

More egregious is the author's failure to provide the original sources and meanings for "Tartarus and Hades"! Thus, these abodes were conceived by the ancient Greeks, though they are not synonymous! "Hades" then was more invoked as a generic term for the underworld that naturally follows death, and lacked any punitive overtones or connotations. It would be analogous to a modern person asserting he's headed for the "grave". On the other hand, Tartarus was the ultimate punishment abode, though it lacked any "fire" aspect. Tartarus was conceived as much as a form of psychological as physical torment, exemplified by the unfortunate sufferer shackled in an endless desert with a flowing spring of water just beyond his reach.

The aspect of fiery torment was retrieved from ancient Mithraic accounts of eternal torment, most likely from one or more Izeds in their ancient book, The Zendavesta. As we shall see (next blog) the Mithraic Shaitan ("Satan") presided over this fiery torture and dispensed divergent amounts of burning of the offenders, specifically to correlate with his infractions, the worst of which was the disbelief in Mithras as his Lord and Savior (demonstrated by refusing to consume the myazda). Thus, we see a major element omitted from TIME's account was how Christianity wholesale plagiarized pre-existing pagan concepts of punishment and integrated them into its own Bible. Had Meacham made his readers aware of this, he'd have accomplished two objectives: 1) Shown he was more objective (as well as comprehensive) as a reporter writing about "Hell" in Christian history, and 2) Provided more indirect support for Rob Bell's case.

True, not all bloggers are professional or can be trusted and some of them can go off into la-la land. However, the mainstream media and its sources are not necessarily pristine guardians of ultimate truth either! Consumer beware!
Posted by Copernicus at 8:24 AM