The Pathetic Basis of the Dismal Science (1) 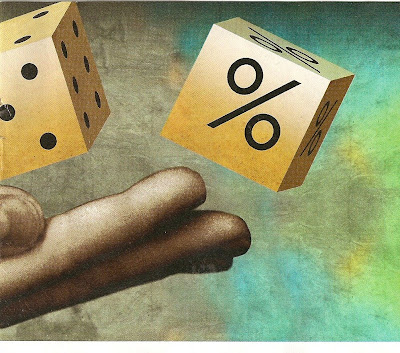 About a year ago (April 26, 2010) a letter of mine published in The Financial Times drew attention to the abysmal failure of modern macro-economics (touted as a “science”) to predict the 2008 market meltdown and financial crisis. I pointedly noted that economics had too many “externalities” which included aspects like environmental costs and resources that were omitted from its models, as well as lacking any consistent empirical basis analogous to physics.

One FT respondent, a Sanjay Bissessur (April 29) made an effort to critique my earlier letter – but he fell flat and ended up merely exposing a lack of physics knowledge. For example, he complained that physics’ failure to forge a unified field theory parallels economists’ failure to predict the 2008 credit-mortgage crisis. In fact, as I pointed out in a subsequent response, though quantum theory and relativity haven’t been formally unified they’ve made accurate predictions in their respective domains of inquiry. Thus, the threshold for theory success is what a given theory specifically predicts from its particular domain, not whether it can be “unified”. Bisseur’s error was in picking at a failure of unification, but then I never said the failure of modern economics to predict the credit crisis was a failure of unification (e.g. to integrate micro-economics and macro-economics) but a failure of macro-economics overall.

In the particular case of the failure in predicting the credit crisis and meltdown, academic economics erred by assuming a putatively poorly regulated system was capable of sustaining massive risk entrenched in obscure, poorly understood credit derivatives created by Wall Street “quants” , most of whom had forsaken bright careers in science or mathematics to invent these devious financial instruments for investment banks. The assumption saw all the hinges come loose when the credit default swaps were immersed in securities purported to be safe, since they were given AAA ratings by credit agencies like Moody’s and Standard and Poor’s. Thus, the failure was predicated on a three-way collapse of the paradigm: 1) commercial banks taking on the risk of investment banks by leveraging their assets to preposterous ratios (sometimes as high as 33:1), 2) credit derivatives designed using the Gaussian Copula Formula which enabled them to be sliced, and spread throughout ordinary securities such as collateralized mortgage obligations, and 3) a failure of the credit rating agencies to take proper note of (2) and in effect, be blinded while assigning bond ratings the securities didn’t deserve.

By contrast, physics as a true science, not a faux one, succeeded remarkably well in its individual theories. The well-known muon experiments, for example, validated the predictions of time dilation (e.g. that moving clocks run slower) from special relativity, while quantum mechanics has successfully predicted the energy levels and spectral line series for the hydrogen atom.

Since then, it’s become ever more evident why economics is a failure and can’t even be regarded as a science like Physics, or even in a “pre-scientific phase” as Sanjay Bissessur claimed . For one thing, its academic-research structures and processes are compromised so there’s little chance of any objective findings that are testable. This may also account for why academic economists are now insisting the 2008 crisis confirmed the basis of their theoretical paradigm! (See, e.g. ‘Why Economists Still Stubbornly stick to Their Guns’. FT, April 16-17, p. 7). The author, John Kay, goes on to note:

“In economics, the academic realm ought to be the home of pluralist discourse but the growth of peer review and journal publication has undermined this. University economists…are now under relentless pressure to conform to a narrow, established paradigm.”

The question, of course, is pressure from whom? It isn't peer review or journal publication per se that exerts any pressure, since physicists are quite free to publish whatever theories, models or explanations they wish, so long as they can provide some experimental or other support. In the case of academic economics, a possible answer for tracing the pressure was exposed in the documentary film, ‘Inside Job’, the next to last segment of which dealt with two academics Martin Feldstein and Glen Hubbard (designer of the Bush tax cuts that have eviscerated the economy by incepting immense deficits), who had seldom reported their funding from outside, pro-corporate sources. (Feldstein was a director of the insurance company AIG and former board member of the investment bank J.P. Morgan & Co.)

Thus, it appears massive volumes of research arrive in academic economic journals already tainted by conflicts of interest and the insinuation of an unproven, invalid paradigm. This then, can explain for why there is overwhelming support for the neo-liberal pro market paradigm, despite the fact its failures have been manifest in diverse ways: from the way special interests control the stock market (e.g. by market timing, flash trading, burning yield, and other gimmicks), to the hostile opposition to true enforcement and regulation standards, and the opposition to increasing revenues to diminish deficits – opting for domestic cuts to the most vulnerable citizens instead.

For example, the same external agents that brought the house down in 2008 are now being ramped up again, from the Federal Reserve’s quantitative easing (II) to engender putatively negative interest rates despite the fact that core inflation ( based on food and fuel costs) is spiking. These low rates are creating vast amounts of cheap money which, like crack cocaine, are luring speculators to gamble with the invention of further high risk and obscure instruments, to drive us into another asset bubble ditch.
Meanwhile, powerful American plutocrats are laying the groundwork to destroy the remaining fabric of civil society, propped up by the PR and shoddy publications of academic economists who seek to insert their untested opinions into existing macro-economic research streams. One of these is Peter G. Peterson of the Peter G. Peterson Foundation. Quoted in a recent issue of In These Times (May 2011, p. 16), from his 1989 book, On Borrowed Time, he actually averred that:

“heroic medical interventions on behalf of the aged constitute an unaffordable and unjustified claim on society’s resources”, while adding:

“The elderly, after all, have already accomplished and enjoyed most, if not all, of what they can reasonably expect in life

Of course, what Peterson (now funding many of the anti-entitlement crusades) doesn’t say is that the people he’s prepared to dispose of so readily are the poorest and most vulnerable. That is, the ones most likely to be decimated by Paul Ryan’s horrific Medicare voucher plan. You can bet anything that the wealthy seniors will be able to live as long as they damned well please, never mind they “have already accomplished and enjoyed most, if not all, of what they can reasonably expect in life”. Two divergent standards for living and quality of life for the elderly: one for the wealthy (who have benefited most from the Bush tax cuts engineered by economist Glen Hubbard) the other for the not so well off, who will have to beg, borrow or steal money to get the healthcare they need in Peter G. Peterson’s and Paul Ryan’s brave new world.

Next: The Economists’ PR Joke about working until age 70.
Posted by Copernicus at 11:15 AM