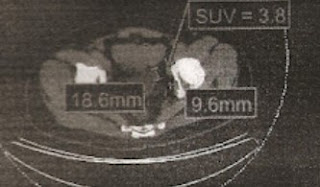 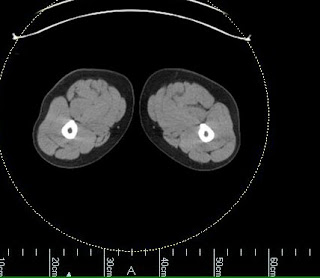 The recent death of actor Tony Dow was again a reminder that once we reach the 70s (Dow was 77) the medical problems grow and may become catastrophic.  In a NY Times piece yesterday (Big brother on “Leave It to Beaver” dies) by Anita Gates we learned:

Dow had been in hospice care and announced in May that he had been diagnosed with prostate and gall bladder cancer.

The case of metastatic cancer of any form is always bad news, as my youngest brother Mike learned when diagnosed in April, 2018 with metastatic liver cancer e.g.

Such outcomes are seldom good, and Mike lasted barely 2 months after his cancer was missed at a VA center. (Later diagnosed by a Medicare -registered physician.) He declined the use of radiation and chemotherapy to extend his life "another few months", opting to get it over with asap.  In Mike's case, his choice was in line with author Barbara Ehrenreich's arguments (in her book:  'Natural Causes: An Epidemic Of Wellness, The Certainty Of Dying, And Killing Ourselves to Live Longer') . I.e.  that after a point it makes no sense to fight on, even for a few months, e.g.

This problem of choice - when to let go - is obviously going to depend on the person's cancer - or other medical condition-  their personality, as well as belief system, if any.  Atheists - like me and Barbara Ehrenreich - are more likely to take the philosophical view below, expressed in her book:

"You can think of death bitterly or with resignation, as a tragic interruption of your life, and take every possible means to postpone it.  Or, more realistically, you can think of life as an interruption of  an eternity of personal nonexistence, and seize it as a brief opportunity to observe and interact with the living, ever surprising world around us."

For me, after examining  the PSMA scan done back on June 8th, e.g.

Better Than The Axumin Scan Last Year- The PSMA

(which for some reason was delayed 3 weeks in getting to me), it may be true that the cancer is ready to wreak more havoc in the prostate itself as well as beyond. Before revealing the specific findings let's bear in mind the PSMA uses a more sensitive radionuclide than the axumin agent given, in this case something called  F-18 Pilarify which:

It is therefore the property of the agent's binding to specific prostate cancer cells that validates and empowers its diagnostic use in scans.  The cancer cells then will experience measurable uptake of the agent which helps to identify them.  That uptake is referenced in the accompanying scan report, i.e.:

Noting also:  "This is consistent with metastatic prostate cancer."

So we know two things: a)  Localized 'intense' nodes appear in the gland itself and b) the cancer is already in the lymph nodes and hence, metastatic. This means to me that a metastatic solution - treatment is needed, not more radiation. Which is a terrible idea anyway after a patient has already had high dose radiation as a primary treatment.

Let me also say a few words about SUV.  This means: 'Standardized Uptake Value, and in the radiologic literature is defined thus:

As the name suggests it is a mathematically derived ratio of tissue radioactivity concentration at a point in time C (T) and the injected dose of radioactivity per kilogram of the patient's body weight: SUV = C (T)/ [injection dose (MBq)/patient's weight (kg)]

It is used to measure response of cancers to treatment and is considered a semi-quantitative value as it is vulnerable to other sources of variabilities. The most reliable method of measuring activity levels would be to use fractional uptake rate (FUR) which is measured from blood samples. As the FUR and SUV are proportional, related to plasma clearance rate and a dimensionless initial distribution volume, careful usage of SUV is widely used over blood sampling.

SUV may be influenced by image noise, low image resolution and variable user-biased region of interest (ROI) selection. The cut off between benign and malignant lesion/nodule is in the SUV range of 2.0-2.5. PET sensitivity and specificity decreases with lesions smaller than 7 mm. Thus, continued follow-up is recommended. It is important to note that many infectious and inflammatory processes will also have high SUV.

If any good news appeared in the report it was that no bone mets were found.  Nevertheless, the spread to the lymph nodes means some essential action needs to be taken now and that is likely to be with the newest ADT (anti-androgen)  drug (Orgovyx).

Recall the job of all the ADT regimens (whether tri-monthly Lupron shots or daily Orgovyx pills)  is to radically slow the production of  ' T ' or testosterone. This is given it is the T which feeds the cancer cells and enables them to metastasize, wherever they are.  This 'medical castration' approach  was first developed in the 1940s, but remains the last and literally only hope for men with advanced prostate cancer. (The other is surgical castration or orchiectomy which we are told is vastly cheaper than the drug route - but fewer get it for obvious reasons.)

Anyway, a visit with the urologist next week (and likely 3 weeks later than it should have been) will enable me to learn how soon I can get the necessary prescription. Why get it if I am philosophical re: end of life issues?  Well, because as Janice has noted (as a radiation treatment therapist she had to treat hundreds of PCa patients in Barbados)  there are dozens of horrific things that can occur well before the end., like the cancer breaking through the bowel requiring an ostomy bag.   You definitely want to delay those as long as you can and ADT - especially with Orgovyx - offers a way to do that.

Also, it would be terrific if a Senate bill to lower the costs of prescription drugs offered via Medicare can help me to save a bundle.    (We have to hope Kyrsten Sinema doesn't scuttle it at the last minute.)  We will see!