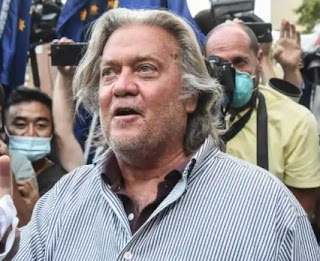 The nature of Trump acolyte and pseudo-populist rabble rouser Steve Bannon, is that of a porcine self-promoter and civil society disruptor.  Why then would this fat imp suddenly turn changeling and come crawling to the January 6th committee to volunteer to testify?  Well, the truth is he wouldn't. He's simply using this as a cynical ploy to delay his trial and hopefully disrupt the Committee's hearings while casting doubt on its validity.

Bannon told the Jan. 6th Select Committee over the weekend that he was willing to testify, preferably at a public hearing. His trial is set to begin July 18 on two counts of criminal contempt. But here's the kicker: Bannon initially refused to comply with the subpoena from the Jan. 6 panel in October. Moreover, the asswipe also has made zero effort to produce records, documents asked for, and also willfully refused to comply in October 2021 with the Select Committee’s subpoena.  So in a real sense, he's still in legal jeopardy and this will not be any escape hatch.  (Though one guest on ALL In last night said Bannon might help his case if he turned over all relevant docs and also delivered in an extended deposition.)

Bannon, still as disingenuous as ever, also said he was now willing to testify after Trump said he would "waive any privilege claim".   But there never was any legitimate claim to such because it never existed. During the time interval in question Bannon wasn't even part of the Trump administration, he'd been given the heave ho years earlier.  In addition, Prosecutors noted that Trump “never invoked executive privilege over any particular information or materials,” and that Mr. Bannon’s privilege claim never justified total noncompliance with the subpoena.  So Bannon is trying to have it both ways: cast himself as a late patriot, and also remain faithful to Trump.

Fortunately, the judge in the case U.S. District Judge Carl Nichols, a Trump appointee, isn't allowing the wool to be pulled over his eyes. Nichols said prosecutors only have to show that Bannon defied the subpoena deliberately, not that he had a nefarious motive in doing so. The judge also said Bannon can’t present evidence that he relied on advice from lawyers or executive- privilege claims, saying those justifications aren’t relevant to the basic question of whether he was aware of the subpoena.

Maddow was correct last night when she said the whole Bannon testifying thing is just a lot of hot air and not worthy of the "brain space" of any serious citizen. More worrying, there is every chance - if the Committee isn't careful- Bannon would try to use the hearings as a grandstand to defend the Trumpist cancer and the January 6th insurrection.  After all, Bannon's own lawyers have asserted (WSJ today):

"Select Committee members have made inflammatory remarks about the culpability of President Trump and his closest advisers, including Mr. Bannon."

Which is total horse pockey given the videos we've seen and the searing testimony from those like Cassidy Huchinson, and others, e.g.:

"This is a criminal contempt. You can’t erase the charge by deciding to show up later.”

We need to let the Bannon Bilge blow over, and let the Committee decide what it will do with Bannon the Blowhard. 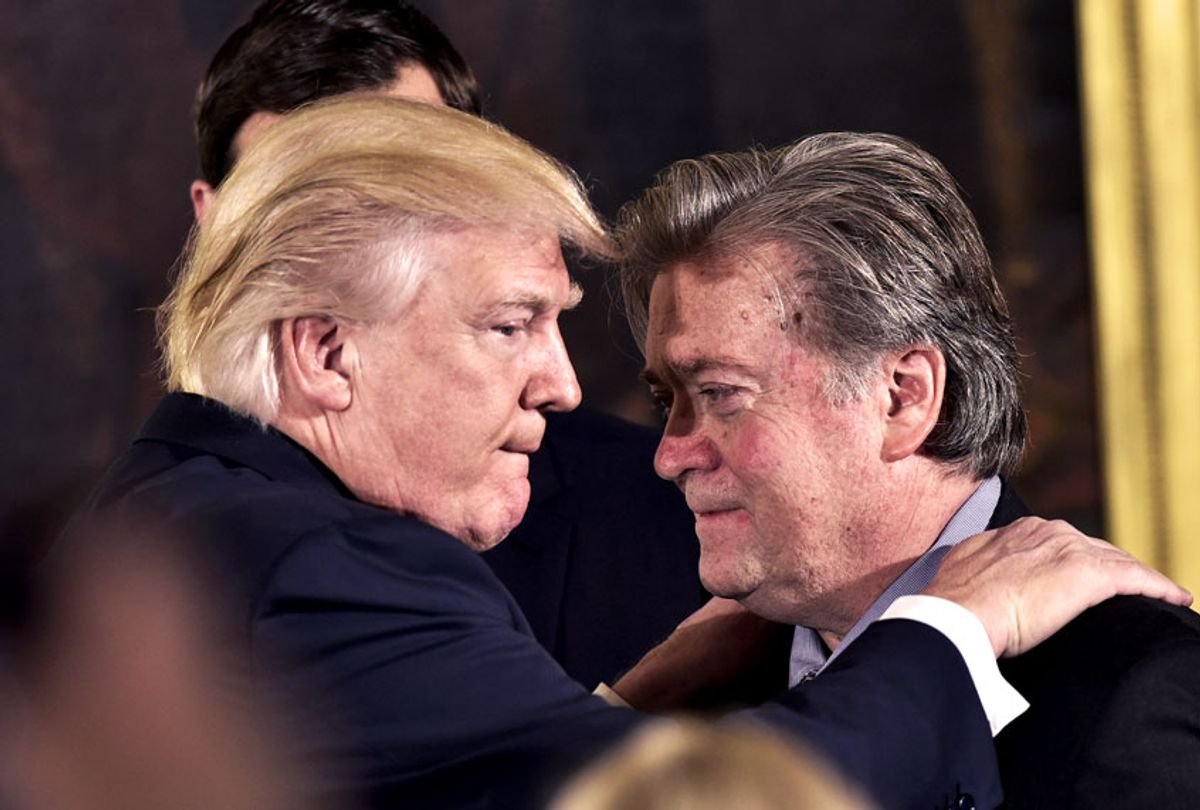 There is absolutely no reason to believe that Bannon has any intention of testifying honestly. Trump's embarrassing letter makes it clear what he expects and there's little doubt that Bannon is on exactly the same page. All you have to do is watch some of his "War Room" podcasts to know that. So any thoughts that this is a sudden change of heart are absurd. This is nothing more than a ploy to delay his impending trial, which he has been trying to do since June 30 when he requested that it be moved to October claiming that he can't get a fair hearing because of the committee hearings.

Posted by Copernicus at 9:57 AM